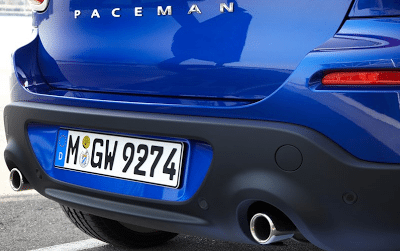 Sales at BMW USA’s Mini branch crumpled for the second time this year as the Countryman failed to match last year’s pace and the most established Mini models continued to post declines. The new Paceman is slow getting going, and with just 140 sales in May, wasn’t able to power enough growth in Mini showrooms to overcome the waning desire American consumers have to own a Mini Clubman. 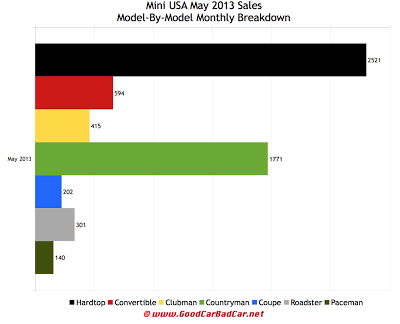 Mini sales have increased in each of the last three years, but the current pace, projected out over the next seven months, has Mini selling about 700 fewer vehicles in 2013 than the brand did in 2012. That could change dramatically, however, if the Paceman gains steam. On the other hand, the rate of Mini sales could slow as the (ugly) Fiat 500L potentially steals away sales from Mini.

It’s certainly reasonable to conclude that Mini sales would be growing had it not been for the reintroduction of the Fiat brand in America. The first 500 buyer I met was trading in his Mini Cooper S, which he’d bought after trading in his Smart Fortwo Passion. This doesn’t mean every Fiat 500 buyer would otherwise be buying a Mini Cooper had the Cinquecento not been available. But some would surely have spent a little extra to own a retro Euro hatch.