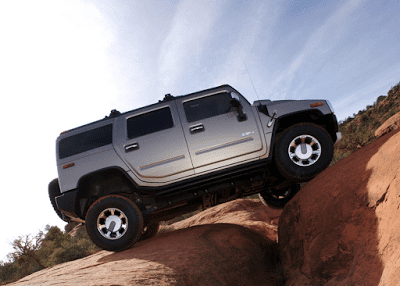 Monthly and Yearly Sales Figures for Hummer in the United States

This is your hub for all of the Hummer sales data for the U.S market.

The Hummer brand traces its history from the late 1980s. At the persistence of Hollywood actor, Arnold Schwarzenegger, AM General (an American automotive manufacturer based in Indiana) began creating a civilian version of the Humvee truck used by the US military. By 1992, AM General started selling the civilian model of the  M998 Humvee under the “HUMMER” brand name.

The Hummer H1 was the first model of the line with Schwarzenegger purchasing the first 2 H1s.  By 1999, AM General sold the brand name to General Motors. Known for its under angular and militaristic design, Hummer became an emblem of 1990’s a status symbol. Hummer trucks were highly coveted by famous celebrities where every single one of them seems to have one, making it a status symbol.

The brand had its peak in 2006 when it sold 71,524 vehicles. But in 2009, GM discontinued the Hummer line along with other brands including Pontiac, Oldsmobile, and Saab. Even though the brand has existed for just under two decades, it still managed to create a lasting impression on the auto industry.

Today, there are rumors of Hummer coming back to life again with General Motors looking to revive the brand after the demand for off-road vehicles continues to increase every year. General Motors reportedly looks to reestablished Hummer not as a stand-alone brand but as a model under the GMC brand.

Here you will find yearly Canadian and U.S. sales figures for the Hummer brand. Use the dropdown at the top right of this page or at GCBC’s Sales Stats home to find sales figures for any other brand or any specific vehicle currently on sale in North America. Click here for the total market size from any of these same time periods.