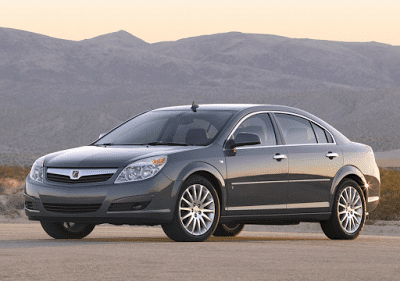 This is your hub for all of the Saturn sales data for the U.S market.

If you are living outside of the US or North America, chances are you might’ve not heard of Saturn. Saturn was an automobile manufacturer and a registered trademark under General Motors. It was established in 1985 and was later bought by General Motors.

Since its inception, Saturn has produced a number of unique vehicles which competed against Japanese automakers such as Toyota for the compact car market in the US. Saturn models shared platforms with other GM vehicle models such as the Z-body platform which the company used for their early models.

Saturn cars proved to be popular among buyers during the 1990s and GM plan to introduced a sedan, a coupe, a convertible, a wagon, and even a sport utility vehicle under the Saturn brand.

Our Take On Saturn Sales Figures

Even though Saturn had some success in the US market in the 1990s, the same can’t be said for the brand during the 2000s. After selling almost 300,000 vehicles in 2002, things have gone downhill for Saturn since then. Saturn saw its sales drop every year as it struggled to compete against other brands in the US car market.

Saturn was also hit big time when GM announced that they would be focusing on their four core brands (Chevrolet, Buick, Cadillac and GMC). This meant that the Saturn brand will be discontinued by GM along with other brands. By 2010, Saturn was discontinued.

Here you will find yearly Canadian and U.S. sales figures for the Saturn brand. Use the dropdown at the top right of this page or at GCBC’s Sales Stats home to find sales figures for any other brand or any specific vehicle currently on sale in North America. Click here for the total market size from any of these same time periods.