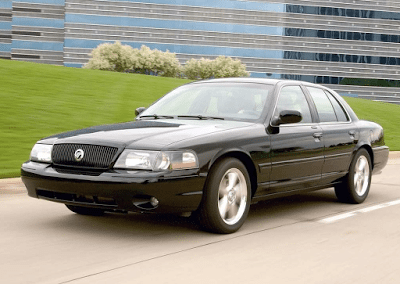 This is your hub for all of the Mercury sales data for the U.S market.

Mercury was an entry-level premium brand manufactured and marketed by the Ford Motor Company for nearly its entire existence. For decades, the brand was incredibly popular in North America including the United States, Canada, Mexico, Puerto Rico, U.S. Virgin Islands, and the Middle East.

Mercury is known for producing cars that sits between the Ford and Lincoln brands. The best-selling Mercury vehicle is the Mercury Grand Marquis which was produced from 1975 to 2011 and became a stand-alone model because of its tremendous success on the market.

The brand, however, struggled to perform on the market in the 2000s. From 2000 to 2011, the sales figures of Mercury continued to drop because of their inability to modernize their brand image. Mercury was unable to attract younger buyers to the brand even though they’ve made a number of changes and replacements on their products.

At the turn of the new century, Mercury struggled to perform on the US market. Sales have dropped tremendously from 2000 to 2010. The brand peaked in 2002 after selling 263, 200 units in the US but since then the numbers have dropped every year onward.

Because of the continuous drop in sales, all production of Mercury vehicles was eventually discontinued in 2011 after they released their final model, the 2011 Mercury Grand Marquis. Today, Mercury still remains to be an active and registered trademark owned by Ford but chances are, we won’t be seeing it again anytime soon.

Here you will find yearly Canadian and U.S. sales figures for the Mercury brand. Use the dropdown at the top right of this page or at GCBC’s Sales Stats home to find sales figures for any other brand or any specific vehicle currently on sale in North America. Click here for the total market size from any of these same time periods.