Monthly and Yearly Sales Figures for Saab in the United States 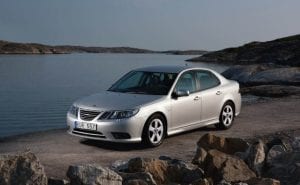 This is your hub for all of the Saab sales data for the U.S market.

Saab Automobile was a Swedish car manufacturer founded in 1945 when its parent company SAAB AB (a Swedish aerospace and defense company) decided to develop a small automobile. The Saab brand is known for focusing on quality, unique design, and use of technological innovations for their cars.

The company’s first model was the Saab 92 which they launched in 1949. But the golden era for Saab was between the 1960s and 1980s. During these decades, Saab launched many unique-looking vehicles that emphasizes on technological innovations, safety, and comfort. It was during this time that the conservative appeal of Saab vehicles attracted the interest of many people which formed some kind of cult following around the brand.

Things were not the same for the brand after the next decades as Saab struggles to compete with other car manufacturers. Everything went downhill when it was fully acquired by General Motors in 2000. Developmental issues under GM led to Saab losing lots of money and failing to attract customers with their new models.

The yearly sales data below will show you just how the sales of Saab has under-performed from 2010 to 2011. Saab was unable to build its customer base even though they have a reputation for developing vehicles that are well-engineered. The brand was unable to appease their customers anymore even though they keep on releasing new models almost every year.

Another reason why the brand suffered in sales is because of their luxury price tag. Saab cars have become even more expensive over the years forcing their loyal customers to switch to other brands. Ultimately, Saab was one of the brands axed by GM because of declining sales in 2010 when it was sold to Spyker (Dutch automaker).

Here you will find monthly and yearly Canadian and U.S. sales figures for the Saab brand. Use the dropdown at the top right of this page or at GCBC’s Sales Stats home to find sales figures for any other vehicle currently on sale in North America.

Updating is over until (if) Saab revives.

See the Saab brand compared with its rivals in thrice-monthly Auto Sales By Brand tables on GoodCarBadCar.net