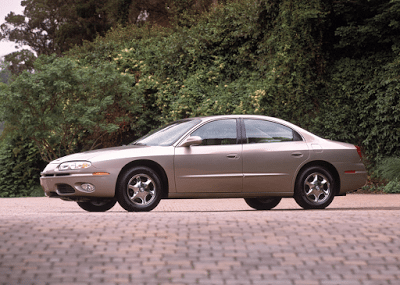 This is your hub for all of the Oldsmobile sales data for the U.S market.

Oldsmobile was established in 1897 as the  Olds Motor Vehicle Company in 1897 and claims to be one of the first companies to mass-produce vehicles. By 1908, the company joined GM and went on to produce a number of interesting cars.

The company was considered to be a pioneer when it comes to producing vehicles. They were the first to produce fully automatic vehicle, the 1940 Hydra-Matic. They were also the first the US car manufacturer to offer air bags as an option for their vehicles.

During this time, Oldsmobile has become one of the leaders in the US car market and was able to compete against Chevrolet and Ford. The company’s Cutlass series even became the best-selling car in the United States in 1976.

Sales of Oldsmobile continued to soar high in the 1980s, having sold over a million cars every year. The company. however, has hit a slump in the 1990s and saw it sales steadily decline year after year.

Oldsmobile faced several issues which led to its demise. One of it was the fact that Oldsmobile was unable to distinct itself enough to separate the company from other competing car manufacturers. By 2000s, the company struggled even more to sell their cars to the public. The sales saw a huge drop in 2004 selling just 28, 851 units after selling 125, 897 vehicles the previous year.

After more than 100 years of being in business, GM announced in 2004 that they would be discontinuing the Oldsmobile brand, making it the oldest surviving American auto brand.

Here you will find yearly Canadian and U.S. sales figures for the Oldsmobile brand. Use the dropdown at the top right of this page or at GCBC’s Sales Stats home to find sales figures for any other brand or any specific vehicle currently on sale in North America. Click here for the total market size from any of these same time periods.