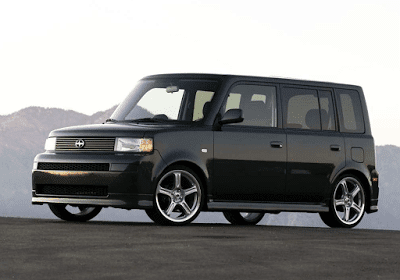 This is your hub for all of the Scion sales data for the U.S market.

Scion was first introduced in the United States by Toyota in 2003. It was Toyota’s marque of sport compact vehicles which emphasized on affordability and style. The Scion marque was created as the company’s way of appealing the younger customers in the US.

Indeed, the brand was able to appeal to the younger buyers in the US car market and was able to sold more than a million compact cars since it was launched in 2003. Scion was an early hit among young buyers who saw Scion cars as reliable and more unique from the cars of the previous generation.

Aside from being a car manufacturer, Scion also served as Toyota’s laboratory for developing offbeat vehicles and various kinds of marketing and retail programs in the US.

Since its inception, Scion has sold over a million compact cars in the US. The brand enjoyed tremendous success in sales after its launching in 2003 and peaked in 2006 after selling over 170,000 cars that year.

Things changed, however, after 2006 as the brand saw a drop on its sales figures year after year. The effects of the Great Recession and the brand’s target market changing its perspective on compact cars, affected the sales of Scion over the years.

From 2009 to 2015, Scion sales never again reached 6 digits. This prompted Toyota to pull the plug on Scion as the brand is no longer able to appeal to the young buyers who have been also extremely finicky over the years. By 2017, Scion was discontinued, as Toyota decided that they no longer need a separate marque to target younger buyers.

Here you will find monthly and yearly Canadian and U.S. sales figures for the Scion brand. Use the dropdown at the top right of this page or at GCBC’s Sales Stats home to find sales figures for any other brand or any specific vehicle currently on sale in North America. Click here to see the total market size from any of these same time periods. The Scion brand’s totals were folded in to Toyota USA’s figures beginning in September 2016.

See the Scion brand compared with all other brands in monthly Auto Sales By Brand posts on GoodCarBadCar.net.