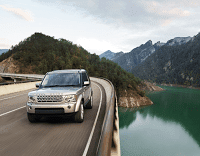 Here’s a question nobody will ever be able to answer: how many Lambda platform CUVs would General Motors have sold in August 2010 if there was still a Saturn Outlook? What if GM had kept Pontiac and decided to sell a G9 in addition to the Outlook, Buick Enclave, Chevrolet Traverse, and GMC Acadia? My guess is the total would have been somewhere under 18,000, perhaps no more than 16,668. For avid Sales Stats watchers, the Buick Enclave accounted for 4,595 of GM’s Lambda sales in August; the Traverse brought in 7,850; and the GMC Acadia finished third with 4,223.

Thus, as single elements, both the Ford Edge and Honda Pilot fared better in August, particularly the Honda which posted improved sales over August 2009.
In the luxury midsize SUV/CUV category, the arrival of the 2011 Porsche Cayenne helped Zuffenhausen’s most famous brand post a 52% SUV sales gain. Other Germans with better Augusts this year than last included the Audi Q7 and BMW X5. Land Rover LR4 sales increased 292% in August. For details on every midsize SUV/CUV/crossover/utility whatchamacallit, check out the Graphs below. 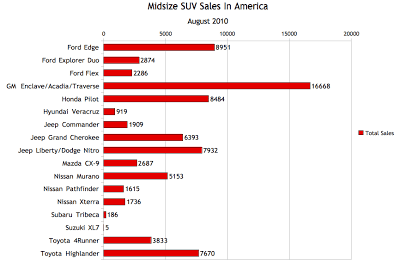 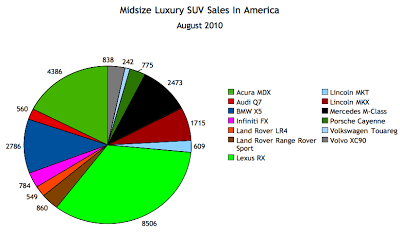