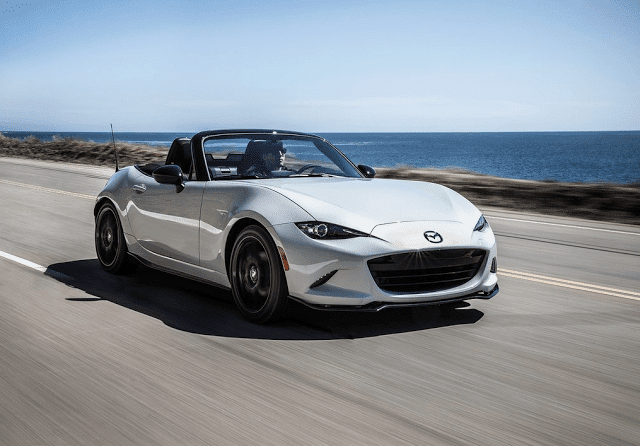 July displayed greater than expected strength for the U.S. auto industry, and the 4% rate of growth seen through the first-half of 2015 was solidified with more than 1.5 million new vehicle sales in July.

The Ford F-Series, which had stumbled in five consecutive months, posted 5% gains in July. In fact, seven of the ten best-selling vehicles in America last month posted year-over-year improvements.

There were aspects of the market which fared poorly. As we’ve come to expect, car sales followed their first-half dip with a 3% slide in July. These losses, together with the 14% minivan segment’s decline, were more than overcome by the 31,012 extra pickup trucks sold and a 14% YOY increase from SUVs and crossovers.

There were no new vehicle additions in July, but one enthusiast-oriented car was replaced. The fourth-gen, ND, 2016 Mazda MX-5 Miata went on sale, and U.S. volume for the two-seat roadster shot up to its highest July level since 2008.

Reminder: these are year-to-date rankings, but you can sort vehicles by July volume by clicking the July 2015 column header, or you can rank vehicles by improvements or declines using the % columns. Or, most importantly, you can list automakers together by selecting the Vehicle column header.

Source: Automakers & ANDC
* Italicized, asterisked, unranked lines are nothing more than available breakdowns, already included in the model’s total, not in addition to the model’s total.
² Total Prius Family sales: down 13% to 17,924 in July; down 15% to 108,073 YTD.
³ BMW has traditionally chosen to include sales of the 4-Series within figures for the 3-Series, presumably for year-over-year consistency’s sake, while also combining the 1-Series and 2-Series. Now, for July, we have a 3-Series/4-Series breakdown. (Hyundai does the same with the Genesis and Genesis Coupe.)
Total 3-Series/4-Series sales: down 13% to 10,919 in July; up 14% to 78,608 YTD.
Sales data for brands such as Aston Martin, Ferrari, Lamborghini, Lotus, Rolls-Royce etc. are unfortunately not broken down by model. estimates say sales for those brands in the first seven months of 2015 were 595, 1239, 441, 87, and 665, respectively. Tesla, unfortunately, doesn’t release model-specific monthly U.S. sales data, but Automotive News now issues estimates for the brand, and those estimates say Tesla sold 1700 cars in July; 11,900 YTD. HybridCars.com estimates 1800 July Model S sales; 13,700 YTD.