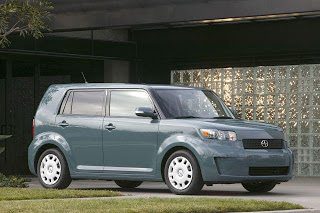 Toyota’s entry-level, America-only small car brand has been swallowed a struggle pill; a pill unlike anything the media or consumers would have expected when Scion roared onto the scene in California and quickly made headway across the nation.  The numbers are below, this link takes you to all Scion-related articles on GoodCarBadCar.

New xB above —– Old xB Below 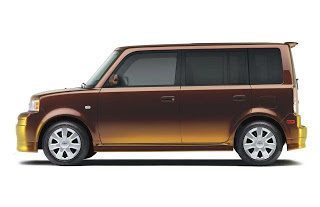 16 – Consecutive months in which Scion sales are lower than the same period one year earlier
7,782 – Total Scion sales for the month of January/2008
10,701 – Total Scion sales for the month of January/2007
60 – Extra dealers in place in January of 2008 that were not Scion sellers in January of 2007
2 – Introductions of new models that coincide with Scion’s tumbling sales figures
42 – Average age of buyers who choose Scion’s xD, exactly the same average age as buyers of the Toyota Yaris
4 – Fewer miles travelled on each gallon of gasoline in a new Scion xB with an automatic tranny compared with the first-gen xB automatic
50 – Extra horsepower generated by the 0.9L-larger engine in the current Scion xB, standing at 158 from a 2.4L to the old xB’s 108 from a 1.5L four-cylinder
595 – Increase in weight from the first-gen xB to gen2, nearly a 25% ballooning
8.1 – Average Scion sales per month, per dealer at present, down from a lofty 11.9 at one point
8.6 – Hypothetical average Scion sales per month, per dealer at present had Toyota not added those 60 extra dealers, were the January sales figures to have remained the same
1 – Micro/city car recently debuted in production form by Toyota in Europe and pictured here that would suit the Scion brand awfully well
5 – Second-generation Scion xB’s for sale in Canada – where Toyota does not import Scion – through AutoTrader.ca, out of a total lot of 47 cars
0 – Scion xD’s for sale in Canada through AutoTrader.ca, out of a total of 47 Scions for sale