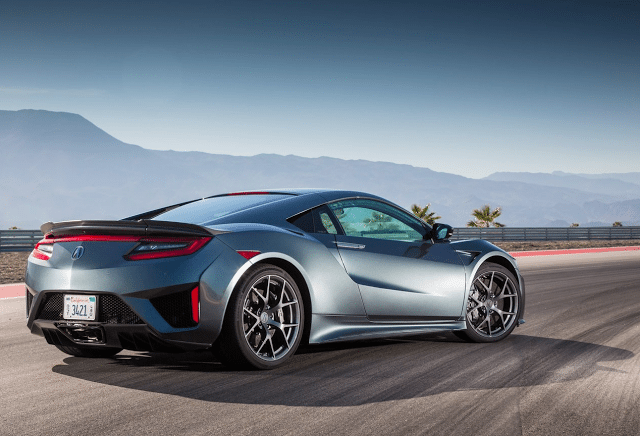 NSX
The first reviews are in. Jalopnik: “On track, the NSX drives like the fastest Japanese sedan you’ve ever driven – ever careful to mind its manners and provide a comfortable driving experience.” evo: “On the road the NSX feels incredibly capable but also extremely composed. Speed is easy to find and easy to carry through corners.” Top Gear: “The combined thrust is mighty – think Audi R8 with a more instant shove at the bottom end and you won’t be far off.” The Globe And Mail: “The regenerative braking system is the most confidence-inspiring hybrid stopping technology we’ve ever tested, especially when augmented by the optional carbon ceramic package.”

BLOOMBERG
“The Big Three are again making many of the same mistakes that drove them to ruin a decade ago,” writes Bloomberg View’s editorial board. Agree, or disagree?

PSA
Known in North America as a public service announcement, PSA is known across the pond as the automaker which runs Peugeot and Citroen, Peugeot S.A, or Peugeot Société Anonyme. Might they soon announce plans to sell vehicles in North America? It hardly seems likely, though there are more signs pointing to a venture across the Atlantic than in the recent past. – Automotive News

LINCOLN
In my younger days, one of my favourite parts of opening a fresh copy of Automobile Magazine was Robert Cumberford’s By Design. The days of opening pages are ending, now we click to reveal. And the most recent By Design study looks at the divisive Lincoln Continental. – Automobile

iA
A successor to the Mazda 2 which was discontinued last year is sold in the United States – with a trunk – as a Scion, which is a soon-to-be-discontinued Toyota division. And of the three Toyota subcompacts on sale in America, it’s the top seller. – TTAC

WATCH
Enough with the words? Here’s Cars.com’s video review of the 2017 Acura NSX.