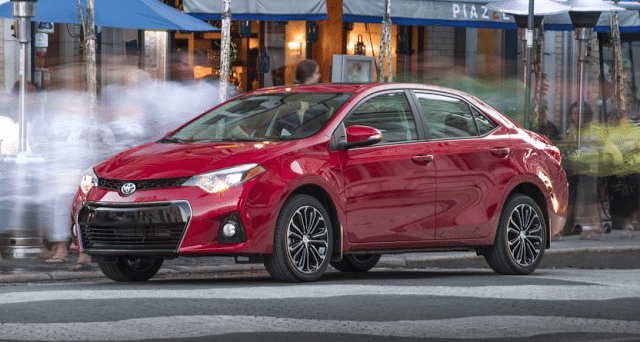 Camry volume was flat. Sales of the second-ranked Toyota Corolla – the Camry’s little brother – were up 7%. But six of the 11 top-selling vehicles in America reported fewer U.S. sales in 2015 than in 2014, and the declines generated by some relatively popular cars were particularly harsh.

On the flip side, besides the Toyota Corolla’s climb from third spot last year to second spot in 2015, many cars were more popular in 0215 than they were in 2014. The Chrysler 200, Ford Mustang, and Subaru Impreza were the three highest-volume cars with double-digit percentage improvements.

Top 13 Best-Selling Pickup Trucks In America – 2015 Year End
Commercial Van Sales In America – 2015 Year End
Minivan Sales In America – 2015 Year End
But automakers are beginning to catch on, and more and more new vehicle releases aren’t of the traditional car variety. Rather than replace the Mazda 2, Mazda USA discontinued the 2 and introduced the CX-3 crossover. The CX-3 was joined by a handful of other new subcompact CUV entries in 2015, too. But all-new cars, not just replacements but completely new-to-the-table dishes? They were rare last year. The Scion iA and Scion iM stand out. But the others are all niche market premium players: two Cross Country Volvos, a Mercedes-AMG GT supercar, and the hydrogen-powered Toyota Mirai.

Reminder: these are 2015 calendar year rankings, but you can sort cars by December volume by clicking the December 2015 column header, or you can rank cars by improvements or declines using the % columns. Or, most importantly, you can list automakers together by selecting the Car column header.

Source: Automakers & ANDC & WSJ
* Italicized, asterisked, unranked lines are nothing more than available breakdowns, already included in the model’s total, not in addition to the model’s total.
² Total Prius Family sales: down 10.9% to 184,794 in 2015; up 4.6% to 15,076.
³ BMW has traditionally chosen to include sales of the 4-Series within figures for the 3-Series, presumably for year-over-year consistency’s sake, while also combining the 1-Series and 2-Series. Now, since July, we have a 3-Series/4-Series breakdown. (Hyundai does the same with the Genesis and Genesis Coupe.)
Total 3-Series/4-Series sales: down 1.1% to 140,609 in 2015; down 43.4% to 10,863 in December.
Sales data for brands such as Aston Martin, Ferrari, Lamborghini, Lotus, Rolls-Royce etc. are unfortunately not broken down by model. estimates say sales for Aston Martin and Lotus in 2015 were 1020 and 80, respectively. Tesla, unfortunately, doesn’t release model-specific monthly U.S. sales data, but we source estimates from HybridCars.com. Model S sales estimate: up 59.5% to 26,400, up 84% to 3500 in December.