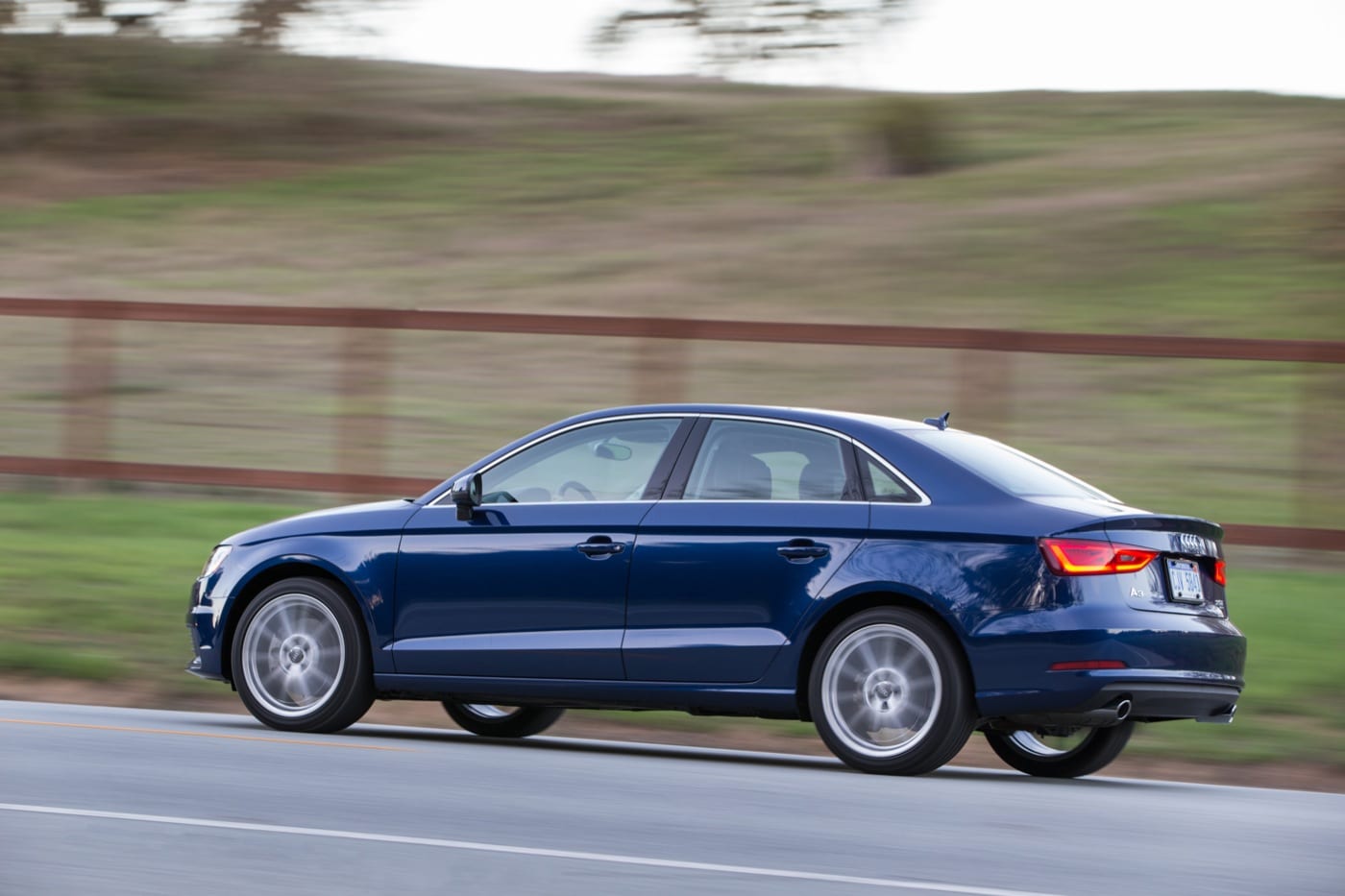 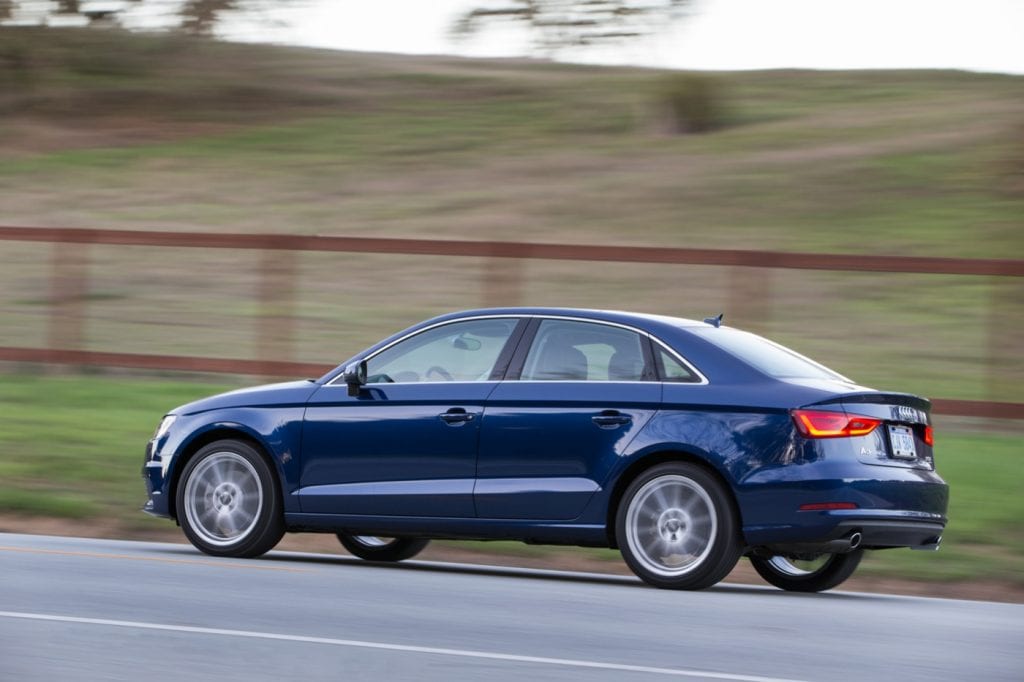 Are times changing, or was October nothing more than an optimal arranging of circumstances in favour of Audi’s smallest sedan?

Audi USA sold more A3s than A4 sedans in October 2014, a serious shift from a year ago when the old A3 hatchback was dead and Audi sold 3040 A4s.

Before we assume this will be the new way forward for Audi in America, remember that the A4 is at the end of its rope. The next generation A4 has already been spotted in camo form, and while the current car clearly remains competitive in the marketplace, it is an older design.

The A3, on the other hand, was released in the United States in new sedan form earlier this year.

Additionally, the A4’s figures don’t take into account the Allroad (basically a jacked-up and cladded A4 Avant, which is no longer available in North America) and the A3 lineup’s second offering, a convertible, began reaching showrooms this fall. Include the Allroad in the A4’s total and the A3 trailed the bigger car by 292 units in October. The A3 Cabriolet, meanwhile, makes up 17% of all A3 inventory as we speak.

Nevertheless, it’s a meaningful moment in time, a snapshot of a downward-stretching “luxury” market that needs additional entry-level models to create greater volume. Along with the 2380 A3s Audi sold in October 2014, there were another 683 Q3 crossovers. Together, they accounted for one in five Audi sales last month. 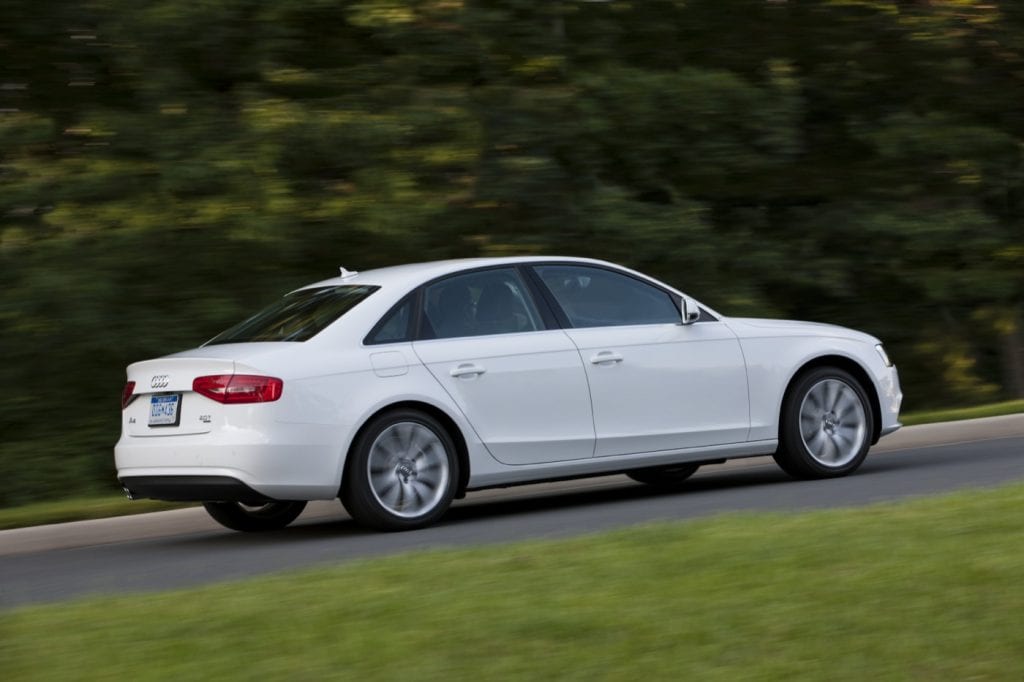 Yet so often this year, the more interesting shift in the premium market has seen Audi consistently outselling Cadillac: in April, May, June, August, September, and October, and by 4681 sales year-to-date. Cadillac outsold Audi by nearly 25,000 units in the U.S. last year, when Cadillac sales jumped 22% and Audi rose 13%. One key difference between the two brands is the breadth of Audi’s lineup at the top and bottom of the range. While not Mercedes-Benz-like, Audi’s broad range makes the narrow scope of the Cadillac portfolio all the more apparent. Cadillac lacks products which could directly take on the TT, R8, A8, A7, Allroad, and Audi’s new entry-level cars, the A3 and Q3.

Together, those vehicles were responsible for 28% of Audi sales last month. At Cadillac, their non-existent rivals produced 0% of the brand’s October sales.

Cadillac’s missing parts creates a story for another day and an issue their new boss, Johan de Nysschen appears willing to take a look at only if it means Cadillac will make more money.

Back among German automakers, the A3 trailed Mercedes-Benz’s CLA by 216 units in October 2014 but leads the CLA by 1512 sales since the beginning of April, when the A3 arrived in real numbers. The GLA, in its second month, outsold the Q3, in its third month, by 1324 units in October.

When luxury automakers dive down to this price bracket, volume certainly matters. How much relevance Audi places on the A3’s A4-beating performance in October is another matter, of course, not just because of the A4’s age. With numerical assistance from a wagon, the A4 was actually the more popular product last month. Imagine that, a wagon, of all things, helped the A4 rise to the top of Audi’s car leaderboard.

Regardless of their position in the rankings, the new A3 has undeniably been a far more successful car for Audi USA than the old hatchback. Audi has already sold twice as many A3s in the last seven months than the old model ever managed in a full calendar year.