Let’s assume for a moment that the new Fiat 500L will undercut the Mini Countryman in price, just as the 500 undercuts the Cooper. With that assumption in mind, we’ll assume that the stylistically-challenged Fiat 500L might sell at least as often as the Countryman.

The 500L is only available with front-wheel-drive. Even the Mini is only available with all-wheel-drive at the top of lineup. Neither car is a faithful design follower of the iconic original; the Fiat less so. Neither car is particularly quick. Both cars feature highly stylized interiors, neither of which is roomy like a proper SUV. By Mini standards, the Countryman isn’t pretty. By car standards, the Fiat is ill-proportioned.

Regardless of their stark differences and apparent similarities, it’s safe to project approximately 20,000 annual U.S. sales for the 500L, based on the Mini Countryman’s total. Fiat USA will likely sell around 43,000 500s in 2012. 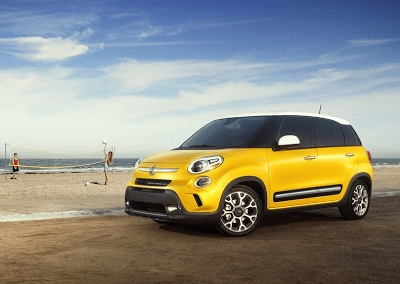 Check out historic monthly and yearly sales figures for the regular Fiat 500, Mini Cooper range, Mini Countryman, and any other vehicle or brand by making your selection at GCBC’s Sales Stats home. U.S. brand rankings, where Fiat ranked 29th in October and Mini ranked 24th, can be accessed here.