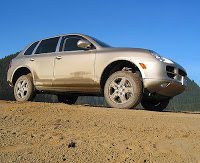 Inspired by the Top Ten Most Ridiculous MSRPs available to American buyers, as seen on Jalopnik.com and mentioned here at GoodCarBadCar, here’s a comparison of those vehicles with equivalently priced cars and trucks.  The results are, most assuredly, shocking.

$57K Benz’s are nothing unusual.  Basic C-class sedans at that price are painful to behold.  Mercedes would upsize your C to an E while also adding a terrific diesel engine with, once again, cash leftover for fuel.
Optioning BMW’s baby coupe above and beyond $50,000 is not news.  It remains alarming.  BMW’s M3 of 2003 was less expensive.  The same engine found under the hood of the 135i is under the hood of the 535xi sportswagon, with a slight amount of extra dough required.
$55,535 is a lot to pay for a car.  Especially if that car has 120 horsepower and is somewhat lacking in interior capacity, both for humans and cargo.  Two extra doors, two extra cylinders, 110 extra horsepower, a BMW badge and $17,000 worth of options would net you a very nice 328xi wagon. Result.
Porsche’s Boxster netted itself a place on GoodCarBadCar’s Good 12 in part because of its place as the best-value Porsche.  But it didn’t do that at a price that would buy 59 MacBook Pro’s.  At a price point that forces the Boxster into competition with an Aston Martin V8 Vantage?  Hmmm.
Understanding the success of the Cayenne, Porsche’s very marked-up SUV, while also admitting that the typical auto enthusiast (The Good Car Guy, for instance) isn’t a fan of the Cayenne.  When its a V6 Cayenne priced higher than the base MSRP of any other Porsche bar the 911 GT2, no fan remains standing.  For $163K, buyers could walk into Porsche dealers and buy a basic 911.  Add a turbocharged Subaru Forester and a Cadillac Escalade.  You’ve got your bases covered.