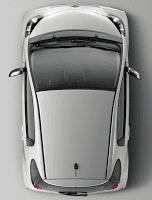 The Good Car Guy was wrong. The 2012 Scion iQ will be priced too high in the United States. At $15,995, allegedly, the iQ will have a higher base price than the Fiat 500 when it goes on sale in the fall, first out west, then the south, the east coast in early 2013, and the not-likely-to-buy-many-anyway midwest market. The thought had been that the iQ would have nudged close to $15K in Canada but remained cheaper than that in America.

The iQ is an ingenious product. There’s no doubt about that. A huge amount of deserving attention has been paid to it right here on GoodCarBadCar.net. But $15,995? When the now-dull but very popular and rather roomy Honda Civic starts at $15,605? The smart fortwo is unloved by the vast majority of Americans and is growing increasingly antiquated, but still, it’s priced at $12,490.

All that said, we’re well aware of Scion’s tendency to absolutely load their cars with equipment and technology. Autoblog learned that the iQ would be priced at $15,995 but didn’t get detailed info on kit. This could be a 4-seater with more stuff than you’d get on any other 4-seater under $20,000. Plus it has the novelty factor on its side. And the turning circle. And the fuel efficiency. Numbers that were briefly displayed on Canada’s Office Of Energy Efficiency website suggests the iQ will use slightly less fuel than a smart fortwo, a car which is rated by the EPA at 33/41 mpg. The Good Car Guy’s estimate back in November was 43/51 for the iQ, but that’s maybe a tad positive.

The 2012 Scion iQ’s lofty $15,995 MSRP might not matter in the first year or two after its North American launch. When those who want one badly already have one, however, those who are considering it as a possible purchase will likely be turned off by a car that can’t take four people away for the weekend but is priced above more stylish alternatives which can.