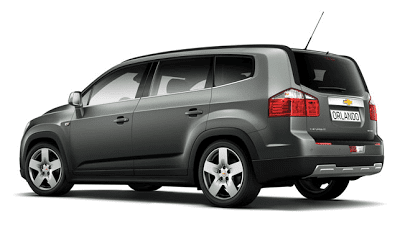 Details are scarce, but a GM Canada source on Twitter revealed just this afternoon that the upcoming 2012 Chevrolet Orlando will be priced from $19,995 in Canada. That’s for the LS model, presumably riding on the non-wheelarch-filling 16″ wheels, most likely fitted with a 6-speed manual transmission. *Updated pricing/specs info from MSN Autos’ review of the Orlando is available below.*

The 2012 Orlando features three rows of seats regardless of trim. According to Auto123.com’s Justin Pritchard, the third row isn’t that bad, either. This third-row/4-cylinder MPVish configuration and crossoveresque styling should see the Orlando being cross-shopped with the Mazda 5, Kia Rondo, and perhaps the Dodge Journey.

Again, there isn’t a whole lot of info available right this moment on the equipment and trim lines of the 2012 Chevrolet Orlando, but we can all agree that $19,995 is very inexpensive for a family hauler. The 2012 Mazda 5 has a base price of $21,795 in Canada. With seven seats the Kia Rondo has a Canadian base price of $23,795. Excluding some pleasant discounts, a seven-seat Dodge Journey leaves the gate at $22,370. 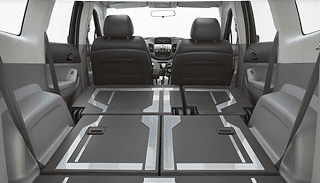 Although it’s based on the Chevrolet Cruze, the Orlando won’t use the Cruze’s smaller 1.4L turbocharged 4-cylinder or its 1.8L 4-cylinder engine. Instead, the Canadian market will be served a 2012 Chevrolet Orlando with the 2.4L 4-cylinder from the $25,995 Equinox. This means 182 horsepower in the Equinox. However, an older GM press release suggests 178 horsepower is likely for the Orlando.

In the United Kingdom, Chevrolet says the Orlando weighs 1528 kilograms (3369 pounds), nearly 400 pounds less than a basic 4-cylinder Equinox. Aerodynamics aside, this theoretically suggests the Orlando should fare better in fuel efficiency terms. The Equinox 2.4L is rated at 22/32 mpg city/highway by the American government’s EPA, a producer of much more realistic figures than Natural Resources Canada. 22/32 translates to 10.7/7.4 L/100km for Canadian drivers.

So is it cheap enough to impact the fairly strong market share currently held by the Mazda 5, Kia Rondo, and Dodge Journey? We surely don’t know yet if it’s good enough, and, according to Britain’s Telegraph, “The Orlando passes muster in the sector and it makes a sort of sense, but what looks like an unmissable bargain when you first hear the price isn’t quite so cheap when you realise what it costs to spec up this MPV to a competitive level.”

This may not hold true in the totally distinct Canadian market, but it’s perhaps worth considering until we have more info on the 2012 Chevrolet Orlando.

—–
Update: The $19,995 Orlando LS is fitted exclusively with a 6-speed manual. Air conditioning is a $1250 option. Standard equipment includes keyless entry, OnStar, and power windows. The wheel only tilts.

The 1LT is equipped with air-con, cruise, and a telescoping steering wheel for $22,295. Based on the Cruze options sheet, one can assume the 6-speed automatic will cost $1450. Up another notch is the $24,895 2LT. Now there’s Bluetooth, fog lights, alloys, and audio controls on the wheel.

Finally the $29,735 LTZ has heated seats, automatic climate control, big wheels, and rear parking sensors. That sub-$30K price includes the automatic transmission as standard equipment. The Kia Rondo is automatic-equipped regardless of trim; either as a 4-speed or a 5-speed with the V6. A 5-speed automatic costs $1200 for Mazda 5 purchasers.

Related From GoodCarBadCar.net
Orlando vs C-Max vs Mazda 5 vs Rondo – Pics & Dimensions
The Orlando In Paris
Top 100 Best-Selling Vehicles In Canada In The First Half Of 2011