Saab Is America’s Most Improved Automaker In 2011

U.S. auto sales haven’t been as strong of late as automakers and analysts had predicted, but compared with last year, the first eight months of 2011 have been far more downright easy to swallow. The American auto market is up 10.5% through August; August itself was up 7.5%. July sales only improved by 0.9%.

37 brands are listed in the table below, a list that sees automakers ranked by their year-over-year improvements and declines. One of those brands, Mercury, no longer exists. Of the 36 remaining brands, one quarter have suffered falling sales volumes this year. That’s the glass half-empty approach, though.

Glass half-full: 75% of automakers competing in the United States have enjoyed rising sales volumes in 2011. It wasn’t going to be hard for Saab to improve on last year’s paltry total, so to see the Swedes way ahead of the pack (despite their struggle to survive) isn’t all that surprising. By volume, Saab has only gained 2719 new sales. 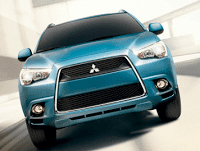 Mitsubishi has been more of a surprise and is significantly more revitalized than Saab. The company’s 65% jump stands in stark contrast to compatriots like Toyota and it’s 7% drop. Jeep leads American brands with 50% gains. Kia has out-performed its parent brand, Hyundai, with a 39.4% boost. Between the two Korean brands there have been 171,215 extra sales this year. Hyundai ranks twelfth on this list with its 21% improvement, equal to 77,372 sales, or 45.2% of Hyundai-Kia’s new-found volume.

As a conglomerate, Hyundai-Kia leads the way, as you’ll see at the bottom of the table. Toyota-Lexus-Scion was down 8% as a group; Scion being the only part of the trio to report improved volume.

Go ahead and scan the table to find out how auto sales this year compare with auto sales last year on a brand-by-brand basis. Bold indicates premium brands. We’ve skipped the red font used in Auto Sales By Brand posts which normally indicates falling sales because, well, there’s a pretty obvious switch right after Fiat, sales of which didn’t occur at all in 2010.

Check out more detailed monthly U.S. versions and associated market share charts here. Also take note of the fact that, purely on volume terms, Ford was America’s most improved automaker over the first eight months of 2011.