Porsche sales tanked in July. In fact, year-over-year, Porsche sales have been routinely tanking. We read just how bad it was each month at the beginning of the next month; every month. The first graph below looks at the last four months of reporting for vehicle sales in the USA. Below that, a more detailed look at which Porsches are actually selling can be seen in the first pie chart. Compare that pie chart with the final Graph image to see how much times have changed for Porsche in the course of a year. 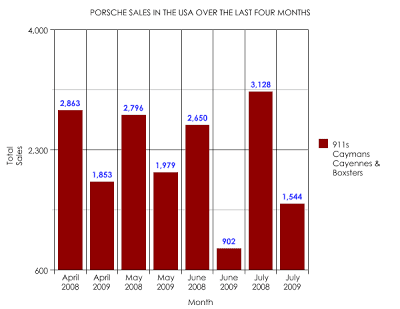 There’s a whole lot more to the Porsche/Volkswagen saga than sales. That direct correlation was always missing – Porsche doesn’t quite sell as many vehicles as VW, Audi, SEAT, Skoda, Lamborghini, Bugatti, and Bentley combined. It’s still ironic, however, that the story has changed from Porsche taking over Volkswagen to Volkswagen swallowing Porsche. Considering Porsche’s lack of recent success and VW’s accomplishments of late, one could surmise that Porsche doesn’t sell enough of its own cars to try and start selling other company’s vehicles, too. 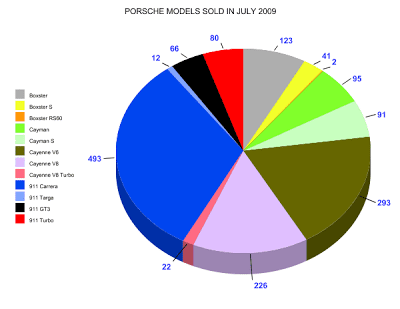 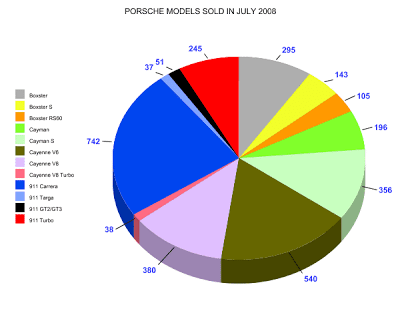