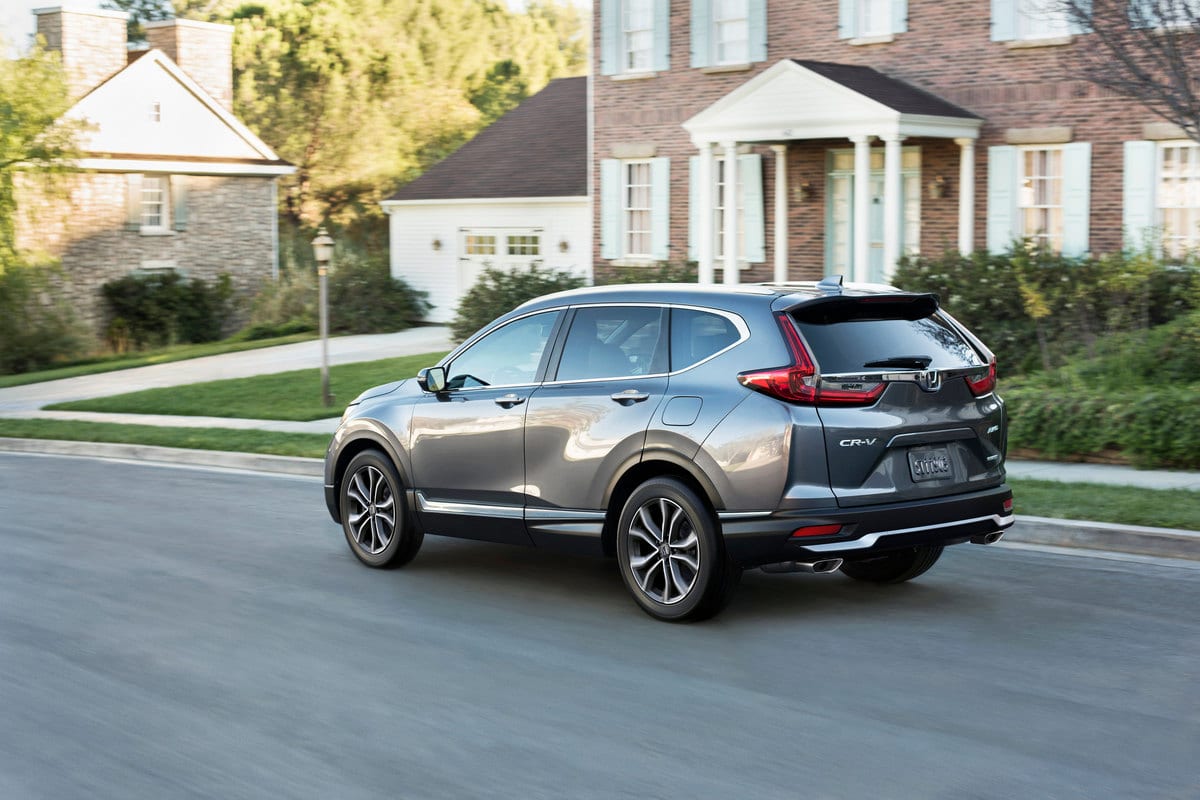 Get the Small Sport Utility Vehicle You Really Need

Small SUVs are the hot vehicles right now. Most of the vehicles that fall into the small SUV category are actually crossovers, but the simple fact of the matter is that most buyers don’t make the distinction between the two, so I will set that distinction aside for now and simply show you what you came to see: the best small SUVs for 2020. And there are some really, really good ones for this year.

Small SUVs these days have to do everything really well and feel bigger and more badass than they really are. They’re the every-man car but the people driving them don’t want to feel like an everyman. They want a vehicle that presents a bold and often rugged face to the world but are soft, comfortable, and easy to drive in reality—at least most buyers do.

What you end up with is a field of vehicles that are (for the most part) very similar. They all do the same things. This stiff competition, though, is a breeding ground for excellent vehicles at a good price. There are eight standouts by my estimates, and here they are.

2020 has been a tumultuous year, but anyone who buys a Honda CR-V will be adding something solid and reliable to their life. It’s easy to use and can be trusted to get you and your family wherever you need to go in a safe and efficient manner. It’s a vehicle that does perhaps the best job of doing everything well. It’s the ultimate all-arounder in a sea of vehicles claiming to be such. It has good tech, high levels of comfort, a spacious cargo area, and drives really well.

Under the hood of the CR-V, you’ll find either a turbocharged 1.5-liter turbocharged four-cylinder engine that makes 190 hp and 179 lb-ft of torque, or you’ll find a hybrid 2.0-liter four-cylinder and an electric motor that makes 143 hp and 129 lb-ft of torque. There are four trim levels for both the hybrid and the non-hybrid models. The hybrid will get you better gas mileage, but the little turbo will put a smile on your face. The starting price for the CR-V is $25,150.

The Mazda CX-5 is the best-driving small SUV on the market right now that isn’t a luxury or high-performance vehicle. If you like a sporty drive and good handling, the CX-5 is the vehicle to get. Pair with that an elegant exterior, high-quality interior, good technology features, and high levels of comfort thanks to a wonderfully laid out cabin and supportive seats and you have a real winner.

The CX-5 has two engine choices for you across its five trim levels. The first is a 2.5-liter four-cylinder that makes 187 hp and 186 lb-ft of torque. The second is a 2.5-liter turbocharged engine that produces a much stronger 250 hp and 310 lb-ft of torque. The starting price for the CX-5 is $25,190, which is reasonable considering how good this crossover really is.

I know what some of you are thinking, but what about the Seltos! The Seltos is a good crossover SUV but it’s a 2021 model. So, hold your horses. This is a 2020 list, and the Kia Sportage is a killer small SUV. It might be ugly, but this crossover is agile on the road and comfy inside—not to mention well-equipped from a technology and safety standpoint. The cabin is a little smaller than the CR-V and some of the more spacious competitors, but the Sportage shines in its ease of use and drivability.

Ford redesigned the Escape to keep it near the top of the heap in terms of its key competitors. The new Escape has a vaguely Porsche Macan kind of look to it. One that’s softer and more sports car-like than SUV-like. It’s much improved all around, and is Ford’s answer to the question, why isn’t Ford selling cars now? The Escape gives you the best of both worlds in many respects. It’s not perfect, but it is darn good, and one vehicle that deserves to be on your shopping list.

Ford sells the Escape with a 1.5-liter turbo three-cylinder that makes 181 hp and 190 lb-ft of torque. Then there’s the 2.0-liter turbo four-cylinder engine that makes 250 hp and 280 lb-ft of torque. Then there are two hybrids: a regular hybrid and a plug-in hybrid. Both feature a 2.5-liter four-cylinder engine connected with an electric motor. The end result is a total system output of 200 hp. There are eight trim levels counting all of the hybrid ones. The starting price for the base model is $24,885. It’s a bit high, but not outrageous.

The Jeep Wrangler might not be on some folks’ list of options, but it should be. The latest version of the Wrangler is a gentle beast of a machine. It can still do all of the killer off-road things that you want it to, but it can also do all of the everyday things that you need it to and with ease. This new Wrangler is bigger, comfier, tech-laden, and drives better than any Wrangler before it. This is a bit big of a vehicle for a small SUV list, but I think the two-door qualifies, so I’m including it.

The Subaru Forester is the model that competes with the options shown above. The Crosstrek is the truly small offering in the crossover lineup from Subaru, but the Forester is the vehicle that’s the one to get. It’s known for its longevity and easy-to-live-with design. Subaru has one of the highest levels of brand loyalty and it owes a lot of that to the Forester. It’s comfortable, with good driving characteristics, safety technology, infotainment technology, and plenty of space.

There are five trim levels of the Forester and one engine to choose from. Subaru offers its 2.5-liter four-cylinder engine that makes 182 hp and 176 lb-ft of torque. It’s a good engine, but if you want options, you’ll have to look elsewhere. The Subaru Forester is offered with a starting price of $24,495.

If the Wrangler won’t do it for you and you want a Jeep still, the Renegade is the way to go. The little Jeep looks like a cartoon of what a Jeep should be, but it’s actually a very good vehicle. The Renegade is practical, comfortable, reasonably spacious, and ready for some pretty hardcore off-roading if you want. This little guy is trail-rated, though it lacks the skid plates and stuff, so don’t go bouncing it off rocks.

Jeep sells the Renegade in seven different trim levels. You get a 2.4-liter four-cylinder engine that makes 180 hp and 175 lb-ft of torque. There’s also the upgraded 1.3-liter turbocharged four-cylinder that makes 177 hp and 200 lb-ft of torque. Personally, I’d go with the 2.4 as it’s smoother than the little turbo engine, but if you want the extra torque, the 1.3-liter will certainly get the job done. The Renegade has a starting price of $22,620.

The Hyundai has many small SUVs to choose from but the only one that stands out is the Kona. The Kona is a car-like crossover SUV that gives you subcompact SUV-like seating height and cargo space but a nimble and fun drive of a car. The vehicle handles really well, offers a modern cabin with excellent technology, and good comfort, though the back seats are pretty small. If you want a truly small SUV, then this is a smart choice that still provides practicality in spades.

The Toyota RAV4 is a vehicle that I wasn’t enthralled with when I drove it and reviewed it. It’s definitely a good option for anyone looking for a small SUV, but the vehicle lacked some of the refinement I’ve come to expect from Toyota. For that reason, it’s my last choice. It’s still better than many of the other options out there and modern with good space, tech, and comfort levels, but it lacks that special something that previous RAV4’s have had. This doesn’t keep it from being a top seller, though.

Toyota sells the RAV4 in 10 different trim levels counting the hybrid trim levels as separate trims. The RAV4 is offered with a 2.5-liter four-cylinder that makes 203 hp and 184 lb-ft of torque. There is also a hybrid powertrain that combines a 2.5-liter four-cylinder with an electric motor for an overall output of 219 hp. I’d opt for the Hybrid if I were you. It’s the best version of this vehicle. Toyota sells the RAV4 in base trim with a $25,950 starting price tag.