The Toyota RAV4 is one of the best selling models on sale today. It leads the pack in terms of sales so far this year in the U.S. for small SUVs and is a high seller in other markets, too.

In the past, the model has offered a blend of practicality and versatility better than many other models. Toyota redesigned the RAV4 for the 2019 model year. The company gave the vehicle an all-new look, more safety technology, better infotainment technology, and a more powerful engine.

Judging on paper the model appears to be much better than it previously was. However, what something looks like on paper isn’t always what it’s like in real life.

My Week With the Vehicle

I spent a week driving the 2019 RAV4 around Indianapolis pretending to be a middle-aged person with two kids both of which have soccer practice, band practice, or whatever it is kids are doing these days.

Seeing as how this is exactly what many RAV4 owners use their ride for, I figured it was a good test of the vehicle. I also spend an afternoon tearing around some twisty roads south of the city to see how this crossover really handles.

I found that this vehicle is better in some respects than its predecessor, but it actually feels a little worse in others. I’m an unabashed fan of the previous generation RAV4, so I wanted to love everything about the new one, and frankly, I had a few issues. 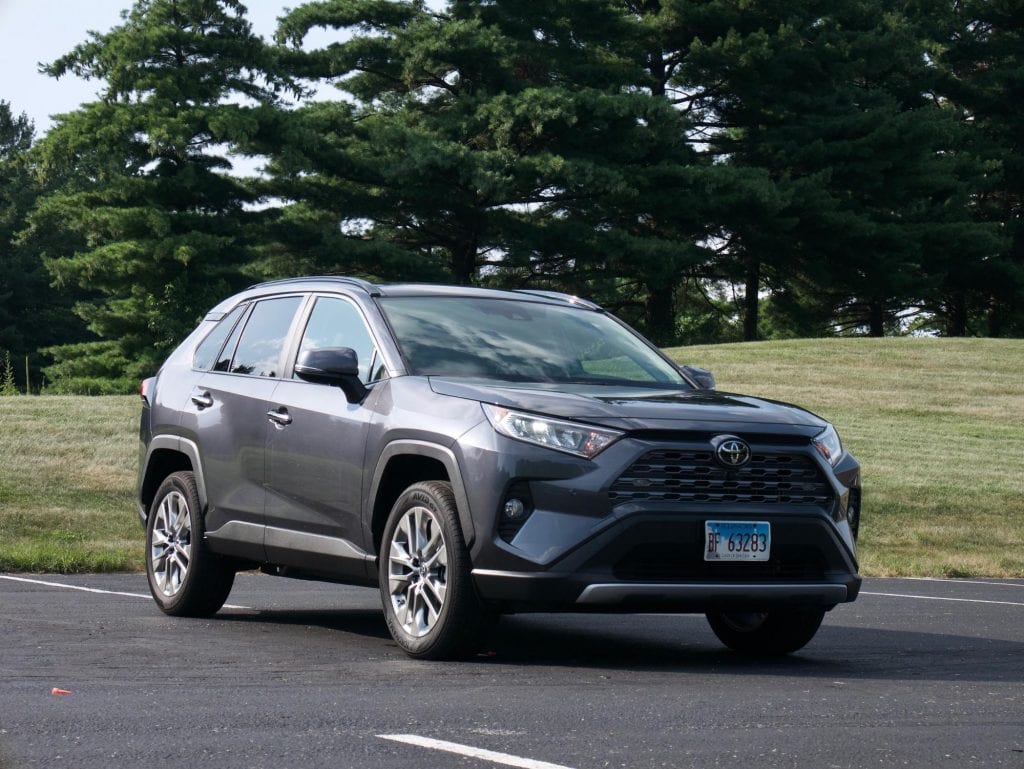 The 2019 Toyota RAV4 is one of the most popular compact crossovers on sale today. It’s a five-passenger vehicle with generous cargo space, decent driving dynamics, some minor off-road capability, and good safety ratings.

It’s designed for a wide audience. It works for families, active individuals, and people who live in a wide variety of landscapes and climates. This is why it sells so well. It’s a great do-it-all kind of vehicle, and that’s what people loved about it.

Toyota had a tough job on its hands for the redesign. The company had to keep what people liked about the crossover and improve upon all of its shortcomings, which were few. With all that said, Toyota achieved some of what it set out to do. 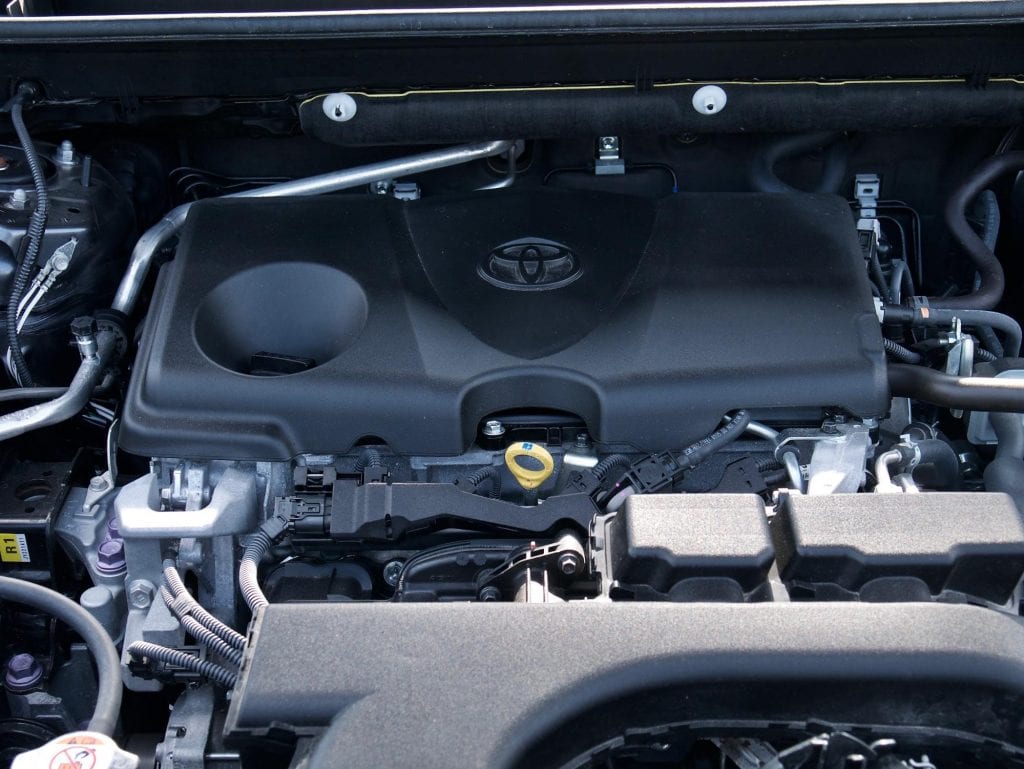 The gasoline version of the RAV4 features a 2.5-liter four-cylinder engine mated to an eight-speed automatic transmission. This engine is new for 2019, and it makes 203 hp and 184 lb-ft of torque.

This new powerplant packs more of a punch than the one in the previous generation of the RAV4. It offers up 27 more horsepower than the old mill. It also manages to do this while still providing darn good fuel economy for the segment. The RAV4 manages 25 mpg in the city and up to 33 mpg on the highway, according to the EPA. That’s not segment-leading, but it’s right up there with the best in the segment.

Of course, Toyota also sells a hybrid version of the RAV4. I haven’t driven that one yet, but the model comes with 219 hp and can achieve up to 41 mpg city and 38 on the highway. If it’s as good as the last generation RAV4, this is the one to buy, but I’ll have to drive it before I can say that definitively. 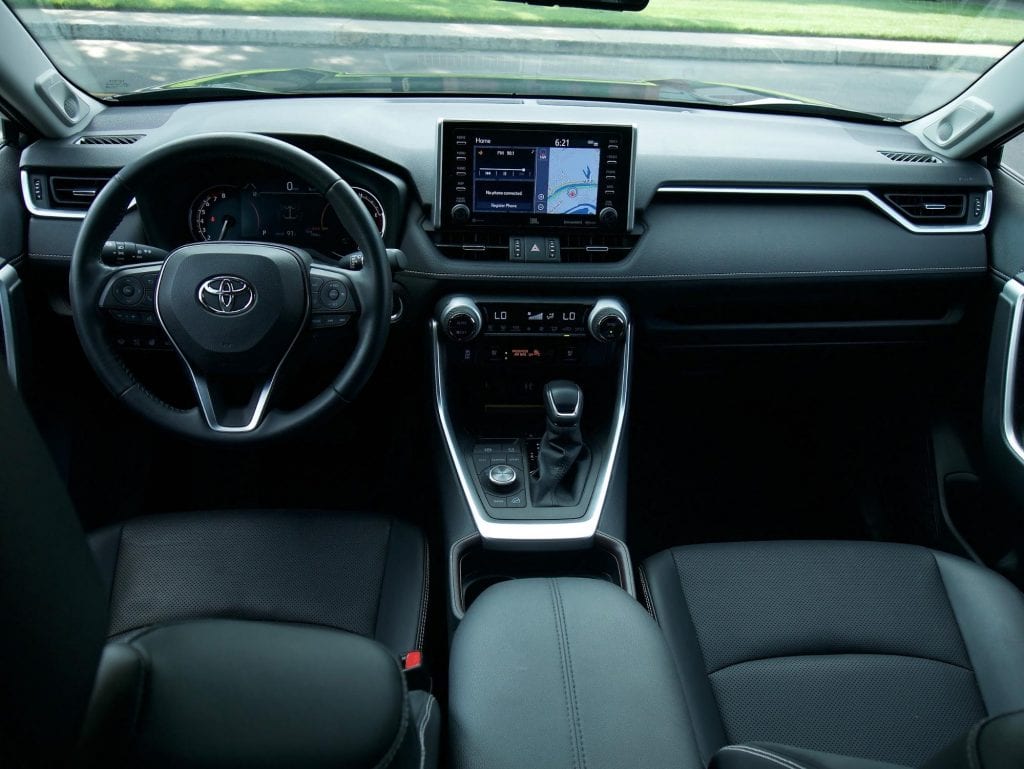 One of my gripes with the previous generation RAV4 other than it being rather painful to look at was the fact that its interior made no sense. Toyota just slapped a shelf in the dash and then smattered cubbies and bins around the cabin with what seemed like reckless abandon. It didn’t look good and made no sense ergonomically.

Toyota has righted the interior ship with the 2019 model. Now things make sense from an ergonomics standpoint and the cabin is actually pretty attractive. Cup holders and storage bins are where you’d expect them and everything is easy to reach.

Toyota usually fumbles the ball when it comes to interiors, but on the RAV4, the company did a quality job. It’s attractive, feels right ergonomically, and comes with a bunch of good technology, which I’ll touch on below.

Updates to Tech, Too 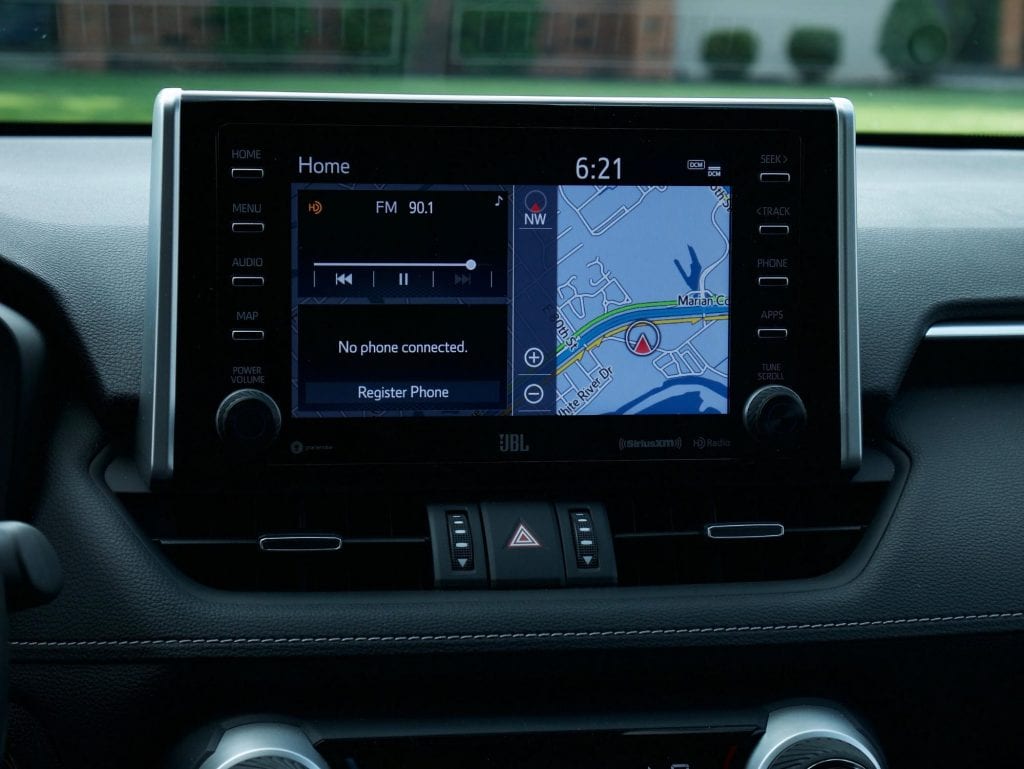 When you look to Toyota’s technology, you’ll notice that it’s better. Toyota has an 8-inch touchscreen display with the company’s Entune 3.0 premium audio system with JBL speakers. The tester I drove had the option JBL system. Lower trim models get a less impressive audio system that I did not have the chance to test.

One thing I particularly liked is that the RAV4’s touchscreen is responsive and easy to use, but the company still chose to include physical knobs and buttons. These are a little on the smaller side, but they’re easy to hit when you’re on the move. Systems that are 100 percent touch-based make on-the-fly adjustments a little more difficult, so good on Toyota for having at least a few physical buttons.

As Safe as Any Family Crossover Should Be 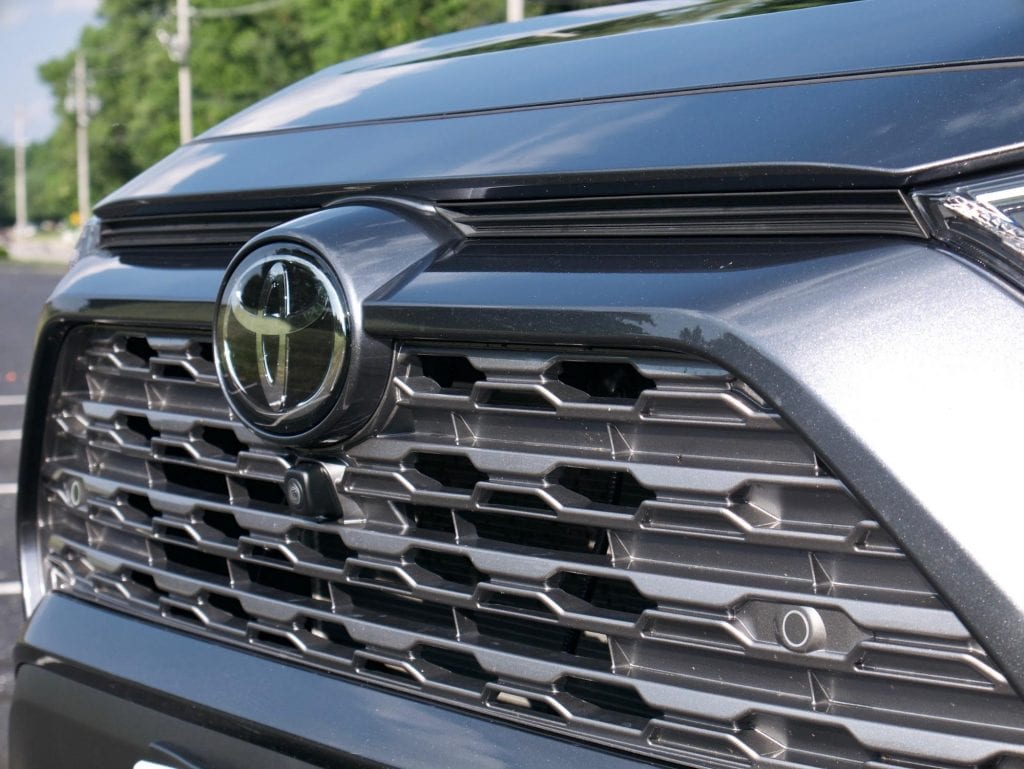 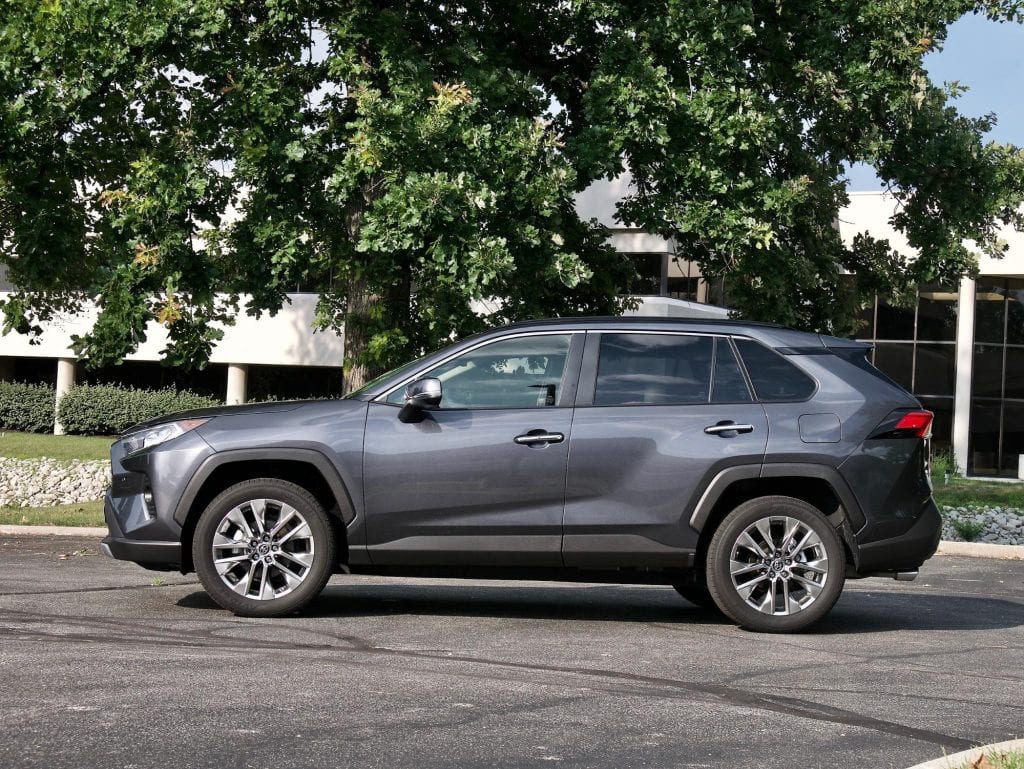 The Toyota RAV4 measures 180.9 inches in length, 73 inches wide, and 67 inches tall. When you compare the model’s exterior to the competition, it becomes clear that the RAV4 is right on par with the competition.

The Honda CR-V and Ford Escape have essentially the same dimensions as the RAV4. I thought it looked bigger than its competitors, but the numbers don’t lie. The Nissan Rogue is actually larger than the RAV4 by about five inches in length.

On the inside, the RAV4 features 41.0 inches of legroom in the front row. The second row has 37.8 inches of legroom. Again, when you compare the vehicle to its competitors, you’ll see that they are similar but not the same. 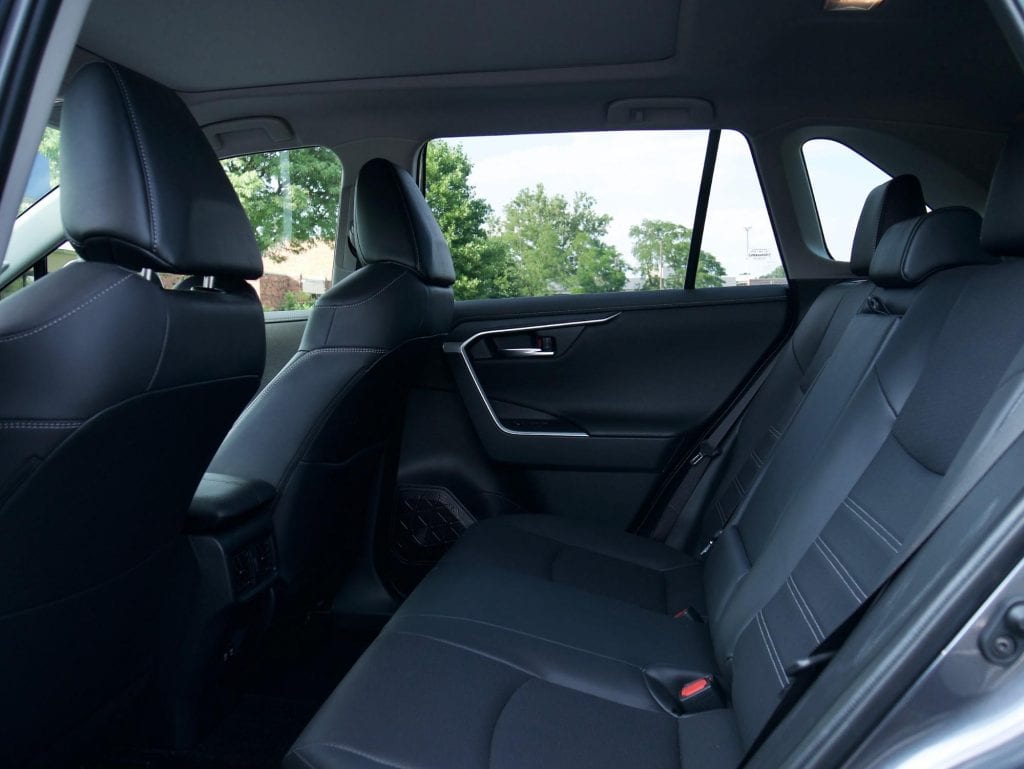 The Honda CR-V actually does better than the RAV4, but only in the rear row of seating. The CR-V offers over 40 inches of legroom back there. The Ford Escape, on the other hand, manages to have a couple more inches of legroom up front and practically no difference in the second row. When you look at the Nissan Rogue, it also has more legroom in the front row and essentially the same in the second row.

So, long story short, Toyota doesn’t do the best job packaging the RAV4. It’s competitors get a little more interior room out of essentially the same size vehicle. 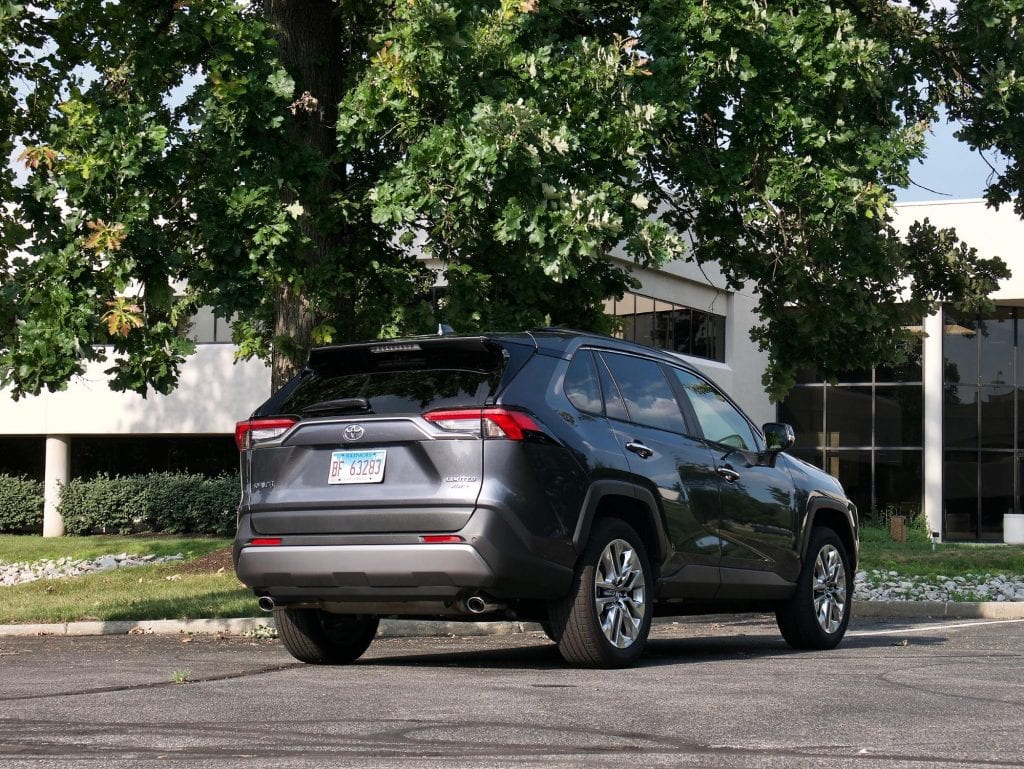 While the new RAV4 is much better in many respects, the vehicle is lacking in a few key areas. When you look at the vehicle from a driving perspective, it lacks the precision I was hoping for. Its handing felt a little sloppy. Also, the transmission had a little trouble choosing the right gear.

It wasn’t horrible but when you consider that vehicles like the Honda CR-V and Mazda CX-5 are fantastic machines to drive, the RAV4 needed to do better here. It lacks the liveliness of those two other models and is even beat out by Ford’s Escape.

Also, the engine makes a lot of noise. It generates good power, but it sounds like it’s working really hard to get all those ponies to the road. Again, this isn’t a dealbreaker, but the other models in the segment have quieter or better sounding engines. 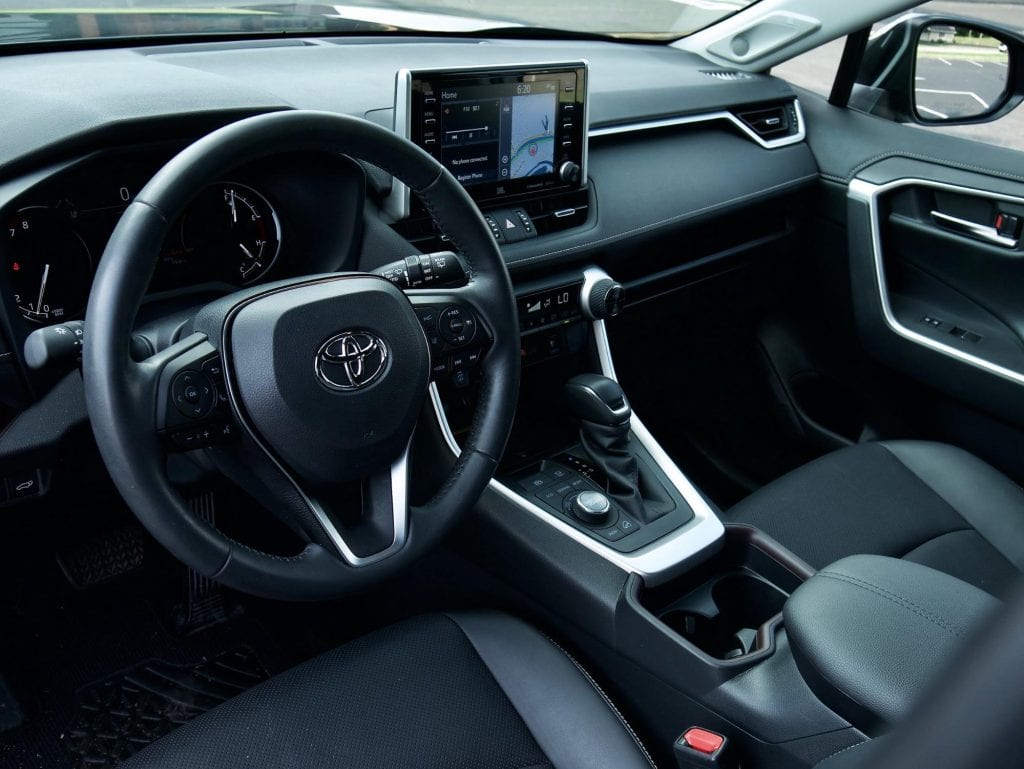 Finally, the fact that the RAV4 offers less overall interior space than its competitors despite the fact that it’s essentially the same size as the competitors is a significant problem. With all these things in mind, I’d have to recommend other vehicles in the segment. The Honda CR-V is an obvious choice, but the Ford Escape or Mazda CX-5 make good choices, too.

Now, having said all this, the RAV4 isn’t a bad vehicle. Toyota’s reputation for reliability has to count for something, and the vehicle is better in many ways than the previous generation model. It’s still a good choice in the segment, but not the best choice. 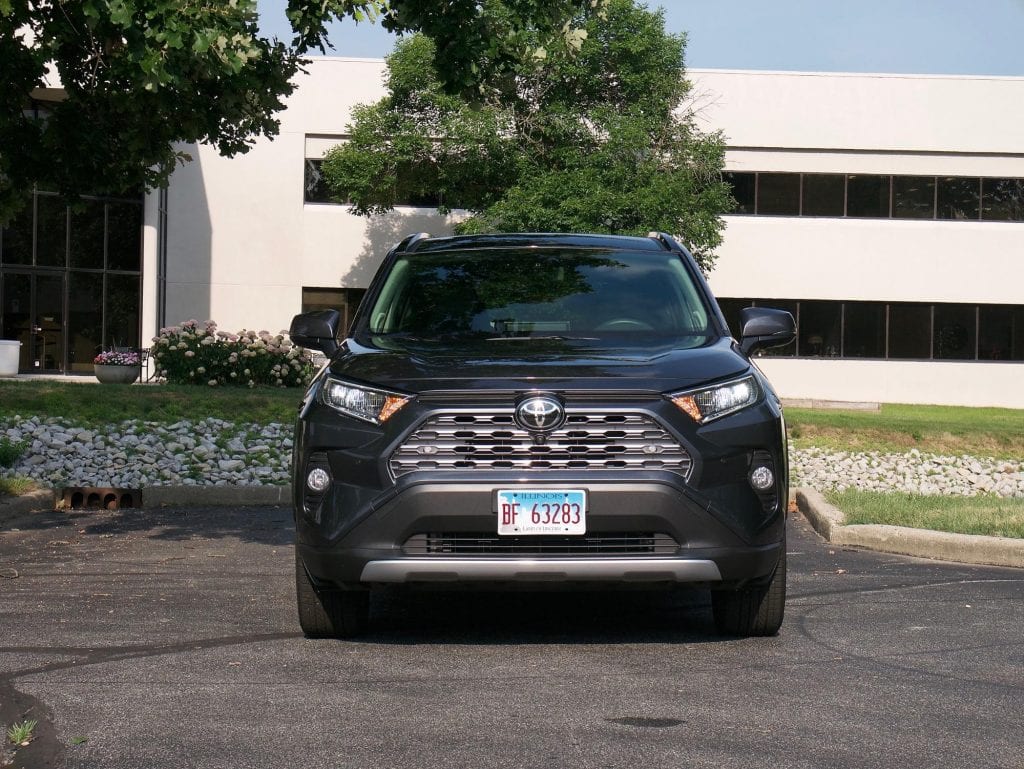 The base price for the RAV4 is $25,650. This is more expensive than the Honda CR-V, the Ford Escape, and the Nissan Rogue. All of them are at least $500 cheaper. While they’re less expensive, they’re not wildly less expensive. Most people aren’t going to care much about $500 or so dollars over the course of a several-year car loan.

The vehicle I tested came in at $39,034 with options. Without options, it cost $34,900. That’s for the top trim level of the gasoline-engine model with AWD. When you look at the other models on sale, you’ll see that they’re once again a little less expensive in the top trim level.

With all this in mind, I have to say that Toyota is a little too expensive for what you get. Toyota likely charges as much as it does because the RAV4 has such a good reputation, but a good reputation only goes so far. 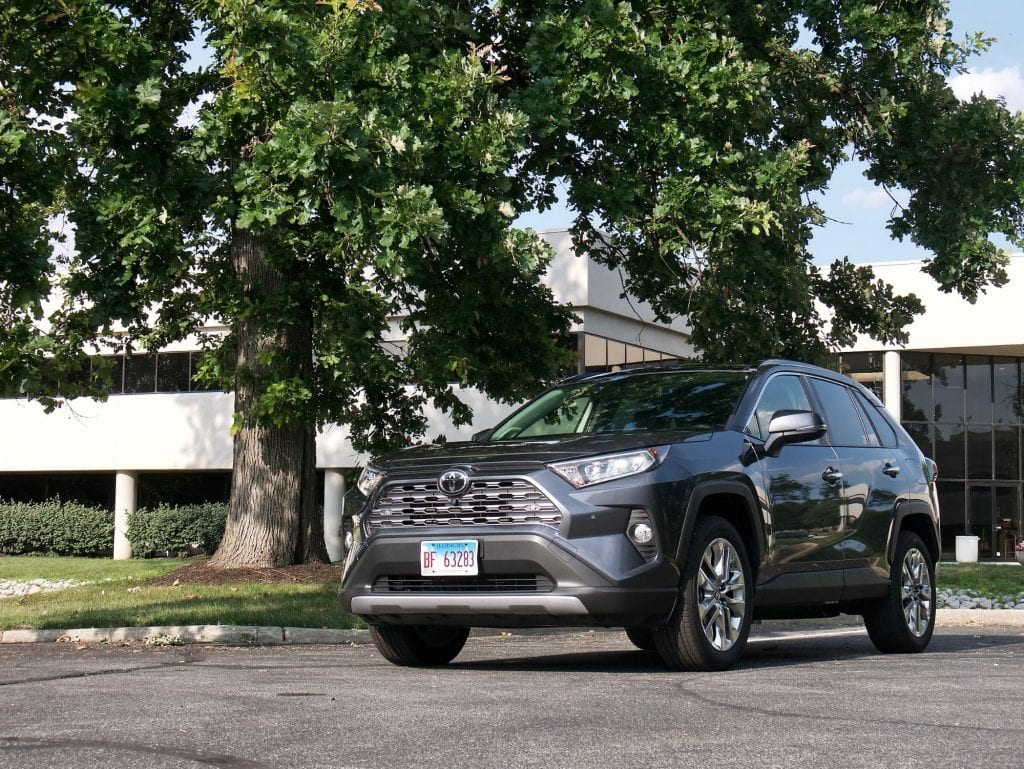 The Toyota RAV4 is better in some ways and not better in others. It’s outpaced by the competition in terms of interior space and driving dynamics. For these reasons, I would have to recommend other models, most notably the Honda CR-V.

That’s not to say that the Toyota RAV4 is a bad vehicle. The model has many merits. It’s comfortable, safe, has improved technology, and is more powerful than the last generation vehicle. Still, it’s not the vehicle I was hoping Toyota would put out when it redesigned the crossover for 2019.

It’ll be interesting to see how the RAV4’s shortcomings impact its sales. Recently, the model has sold well. It’s at the top of the small SUV sales stats. That could change if consumers find the vehicle dissatisfying.