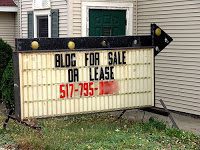 AMERICAN LEASING STATISTICS BY THE NUMBERS

Mayhap you haven’t heard, but Chrysler doesn’t want to lease you a car. That means Dodge and Jeep won’t either. Don’t take that to mean you’re not permitted to lease a Chrysler, Dodge, or Jeep – you just have to do it through somebody else. Other companies are really stamping on the leasing brakes, too. Why? Have a look.
4 – BMWs on the ‘top ten most commonly leased vehicles’ in American list
19.7 – percentage of total July automotive “sales” actually consumed by leasing, as 53.8% direct automaker loans