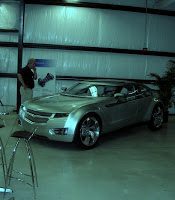 100: Percentage of commitment GM now feels toward the Volt, if Bob Lutz’s phrase, “totally committed” is to be understood as 100%

40-45: Miles of electric-only drive the Volt will be tested with in early 2008, although Lutz now says the production car will not look anything like the original concept was a “cruel disappointment” in the wind tunnel

62,975: Base price of the supercharged Jaguar XF

420: Horsepower developed by the supercharged 4.2L V8 in the XF

1181: Cost, in $, you’ll pay for every tenth of a second saved in the charge to 0-60mph, upon choosing the supercharged XF rather than the naturally-aspirated version

11: Extra inches in the wheelbase of Hyundai’s Genesis Coupe concept as compared with the current Tiburon

4: Cylinders under the hood of the production version of the Genesis Coupe, although the 4-cylinder engine will likely be turbocharged and produce substantially more power than the current Tiburon V6

300: Horsepower produced by the V6 up-option engine in the production Genesis coupe

8: Cylinders available in the production version of the Genesis sedan 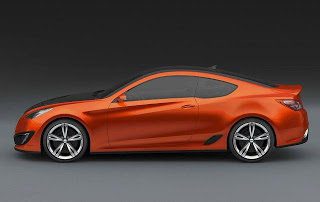