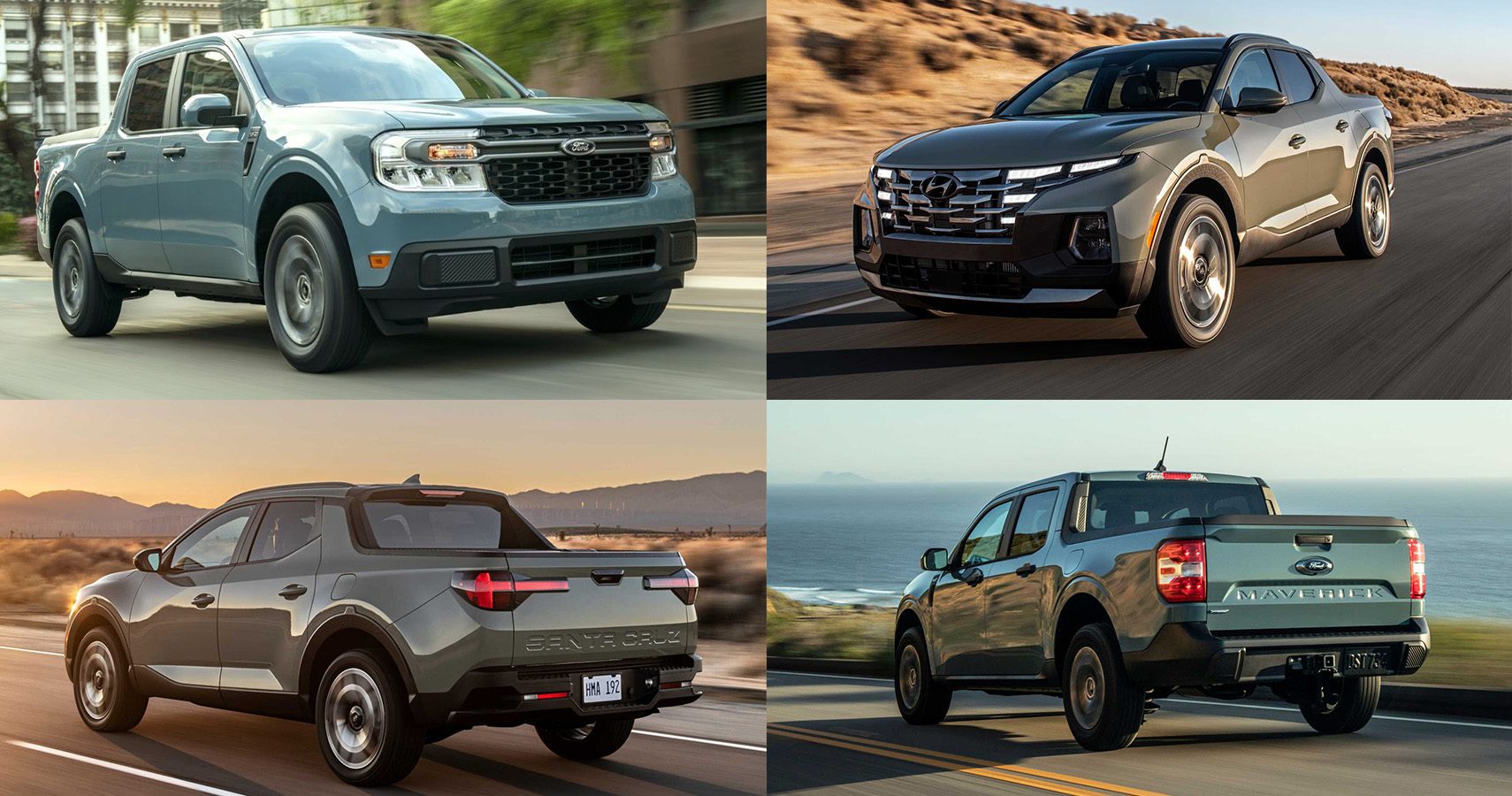 The increasing popularity of pickups as a family vehicle has thrown a wrench into SUV sales. And manufacturers like Ford and Hyundai are tapping into this trend with the 2022 Maverick and 2022 Santa Cruz, respectively. Both compact pickups have many similarities, such as their monocoque configuration and an approach that takes their use within cities very much in mind.

This means the Maverick and the Santa Cruz will be friendlier in fuel consumption and the maneuverability required when driving in urban environments. At the same time, they’re more accessible than midsize trucks.

The Ford Maverick and the Hyundai Santa Cruz also have many differences. Therefore, we break them down in this head-to-head comparison to discover what each one is better at in anticipation of their arrival to the market.

The Hyundai Santa Cruz debuted a few weeks earlier than the Ford Maverick in 2021. In addition, both vehicles share a series of characteristics worthy of study, so we have decided to find the most determining factors in each of these new trucks. We evaluate both vehicles considering their engine lineup, fuel economy, load capabilities, performance figures, and pricing.

It took years, several economic crises, and a pandemic, but the Hyundai Santa Cruz and the Ford Maverick are finally here.

The Santa Cruz and the Maverick are based on compact crossovers, which are derived from compact cars (such as the Hyundai Elantra and Ford Focus). This means both have a monocoque platform with a transverse engine, and the basic models are front-wheel drive with optional all-wheel drive.

There was a time when all cars used ladder frames, and you had to “climb” to board them. However, over time, the monocoque chassis became more popular because it’s lighter, has a lower center of gravity, and is more economical. Only work vehicles or vehicles with serious off-road capabilities retained the Body-on-Frame structure, such as some SUVs, vans, and, of course, pickups.

A Segment in the Works 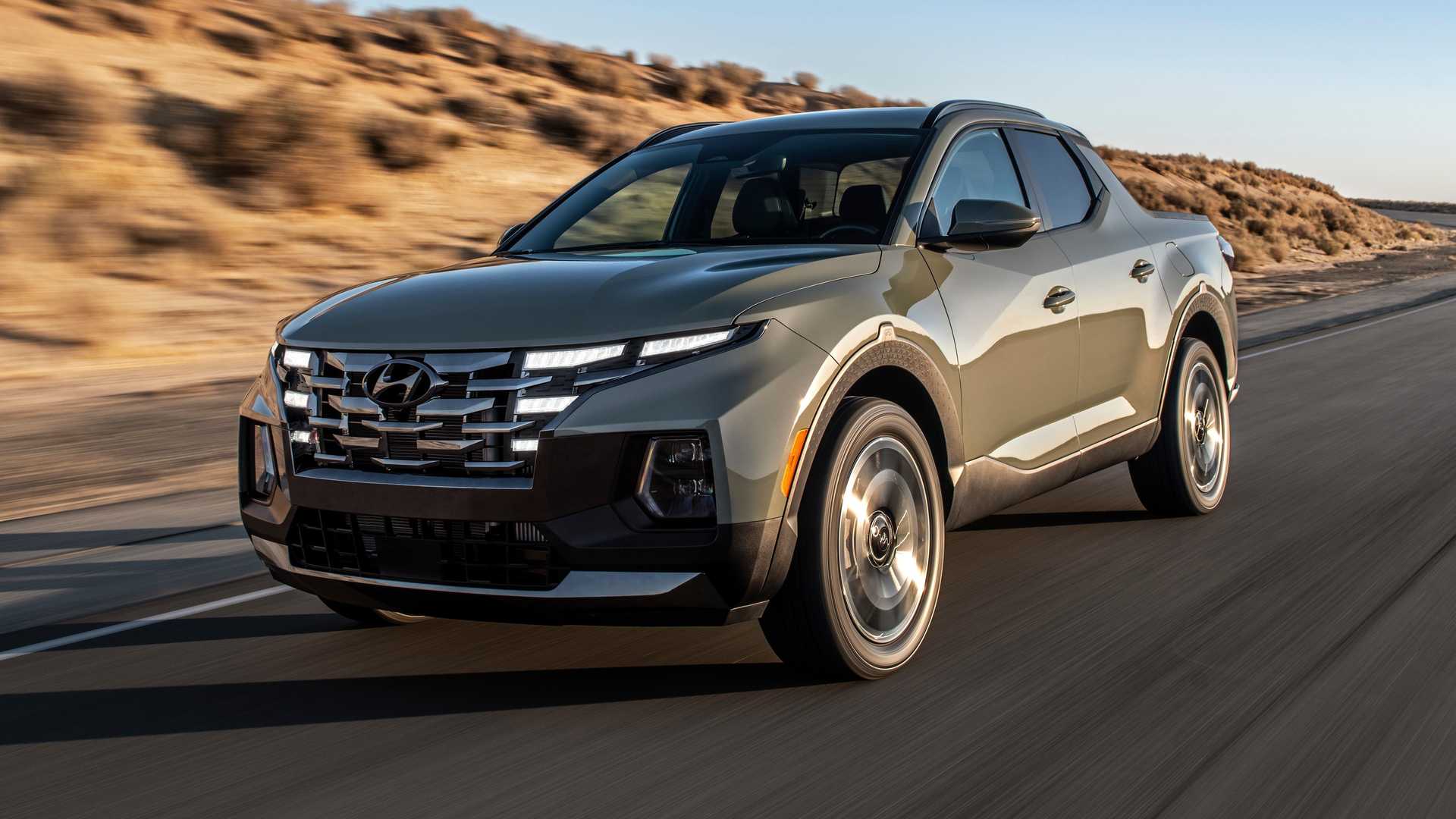 Pickup trucks have also succumbed to the monocoque trend. While in most cases they are subcompact single-cab vehicles for work with capacity for light loads, crew cab models have recently appeared. These trucks are more practical for an entire family without losing their work capabilities.

They also have an urban focus, since parking a midsize or full-size pickup in tight spaces can be challenging with its height and large overhangs; in other words, not a suitable vehicle for everyone. So that’s where the Santa Crus and Maverick aim to find their niche. 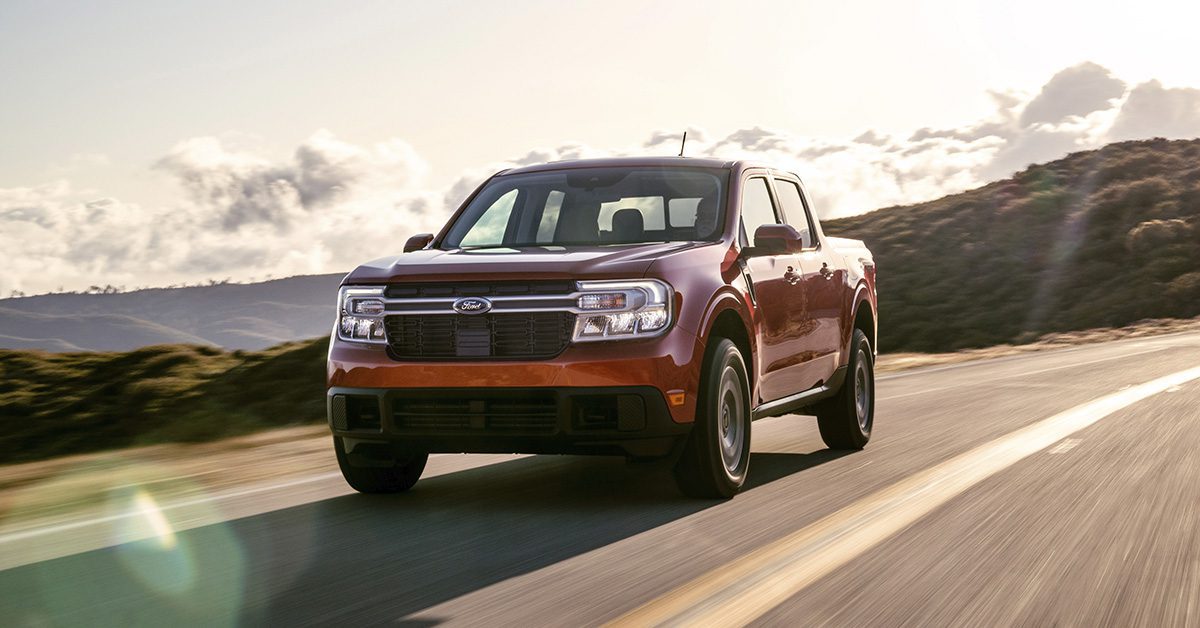 Regarding the 2022 Ford Maverick, many of the attributes that made Ford pickups so famous remain, with a rugged and even aggressive design that takes some traits from the new Bronco Sport. The “C” shaped headlights and large grille are proof of this. Still, they are also seen on the side with more simple lines and details. 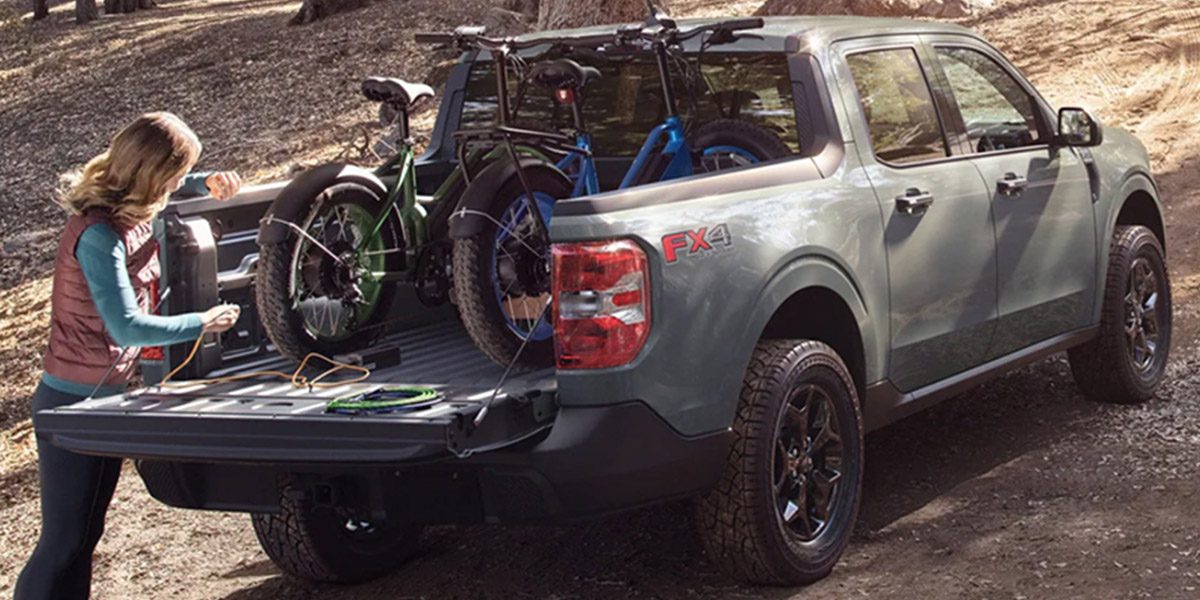 In addition, the front window contour is lowered a bit to improve mirror visibility, as in the new F-150. The truck’s rear also looks rugged with a tall tailgate that features the Maverick name stamped on it, along with distinct character lines. 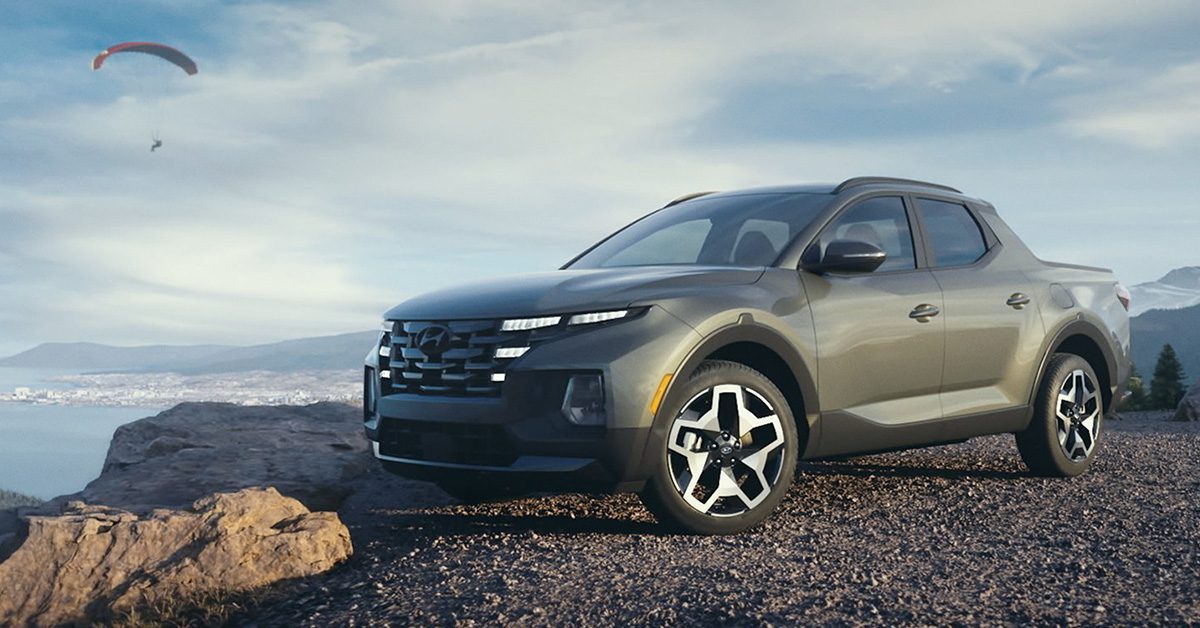 On the other hand, the 2022 Hyundai Santa Cruz is much more futuristic, borrowing many of the details that the new Tucson debuted, along with its innovative exterior design.

The lush grille of the Korean pickup that hides the daytime running lights remains, but with more boxy and rugged traits on the rest of the front, to differentiate the pickup from the SUV. 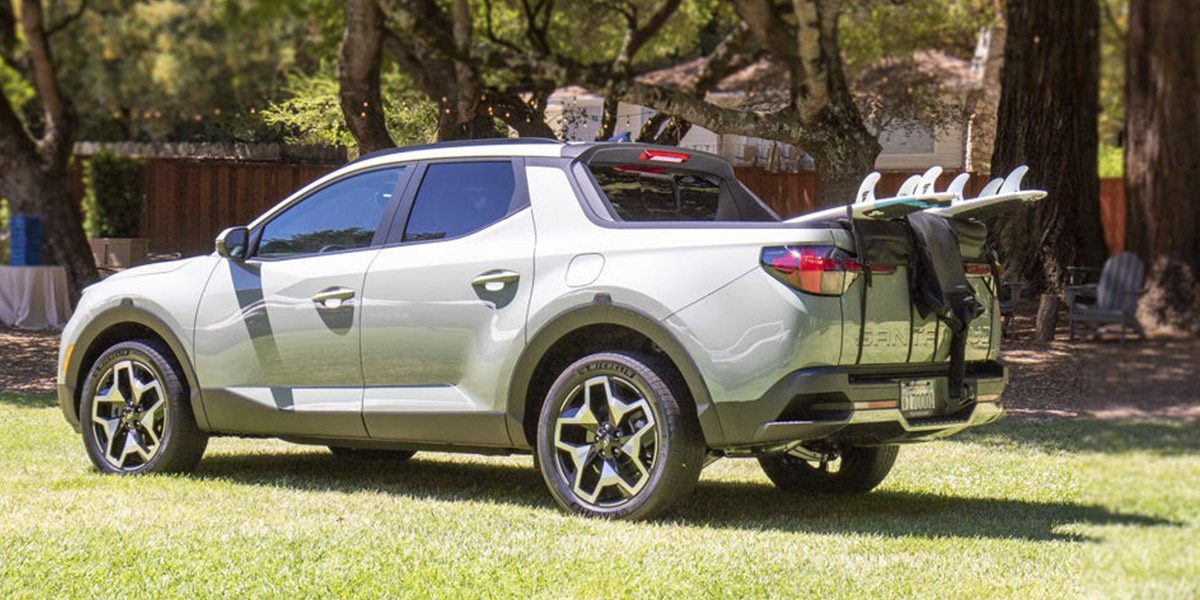 The side features interesting geometric folds and surfaces. At the same time, Hyundai tries to better disguise the punt with a forward-angled “C” Post. For their part, the tail lights also look more futuristic than the Maverick. The Santa Cruz name is also stamped on the tailgate.

One of the main qualities of the Ford Maverick and Hyundai Santa Cruz is their compact size that makes them ideal for city traffic and occasional off-road activities.

In this department, both trucks are similar, with 195.7 inches long in the case of the Hyundai Santa Cruz and 199.7 inches in the Ford Maverick. But, to put them in perspective, they are shorter than another of the pickup monocoque on the market, the Honda Ridgeline, which is 210.2 inches long.

The wheelbase is also similar, with 121.1 inches for the Maverick and 118.3 for the Santa Cruz. Thus, we can expect a very similar interior space in both trucks.

With a strong focus on city driving, the turning radius is also significant. Both the Santa Cruz and the Maverick boast a turning radius of 40 feet, which is better for confined spaces than the Ridgeline, which is just over 22 feet. 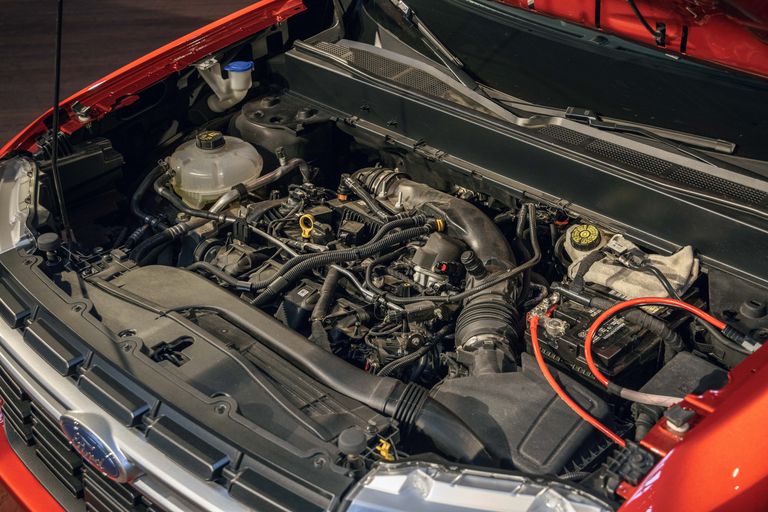 Via: Car and Driver.

Under the hood, there are more quirks to differentiate the Maverick and Santa Cruz. The Maverick features a hybrid powertrain as a standard option. It uses the well-known 2.5-liter four-cylinder from Ford that works with an electric motor to generate 191 horsepower and 155 lb-ft of torque, and it is mated to a CVT transmission.

However, the 2.0-liter EcoBoost four-cylinder engine shared with the Bronco Sport is also available. This engine produces 250 horsepower and 277 lb-ft of torque, working with an eight-speed automatic transmission and all-wheel drive for this configuration. 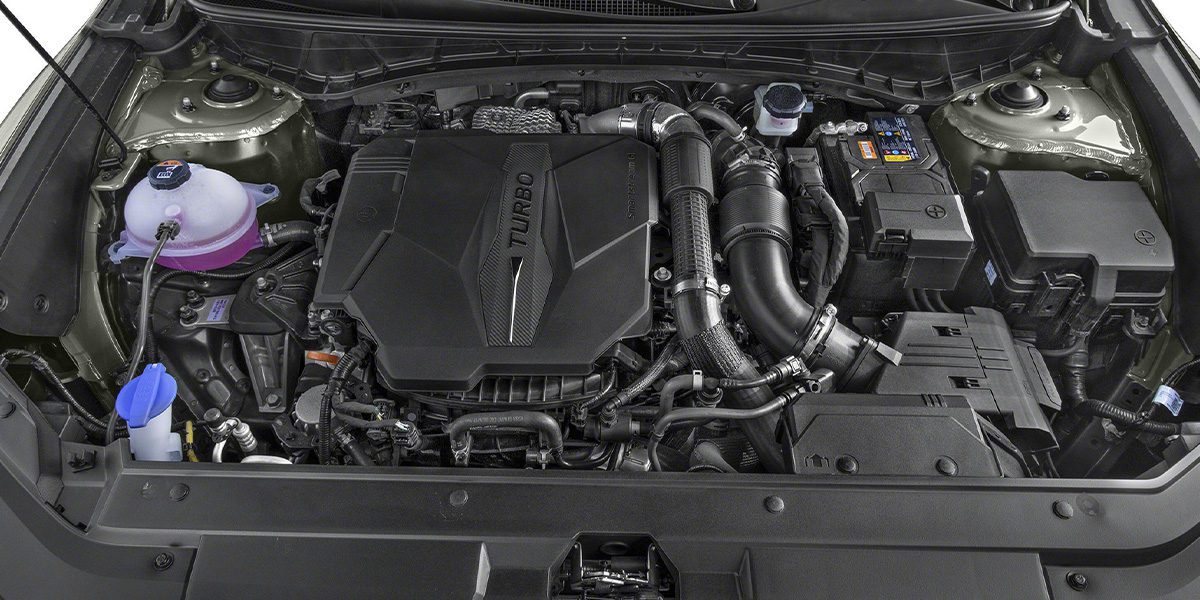 In the other corner, the Hyundai Santa Cruz also offers two engine options. A 2.5-liter, four-cylinder naturally aspirated engine without any electrification. This engine can generate 191 horsepower and 181 lb-ft of torque and is paired with eight-speed automatic transmission.

The second option of the Hyundai truck is the 2.5-liter turbocharged 4-cylinder that produces 281 horsepower and 311 lb-ft of torque. This engine is mated to an eight-speed automatic transmission but with a dual-clutch. EPA estimates a 21/26-27/23 mpg city/highway for the naturally aspirated engine. The turbocharged variant with all-wheel drive gets 19/27 mpg city/highway.

There is also the option of having front or all-wheel drive in the Santa Cruz. Still, the comparison is more favorable for Ford. 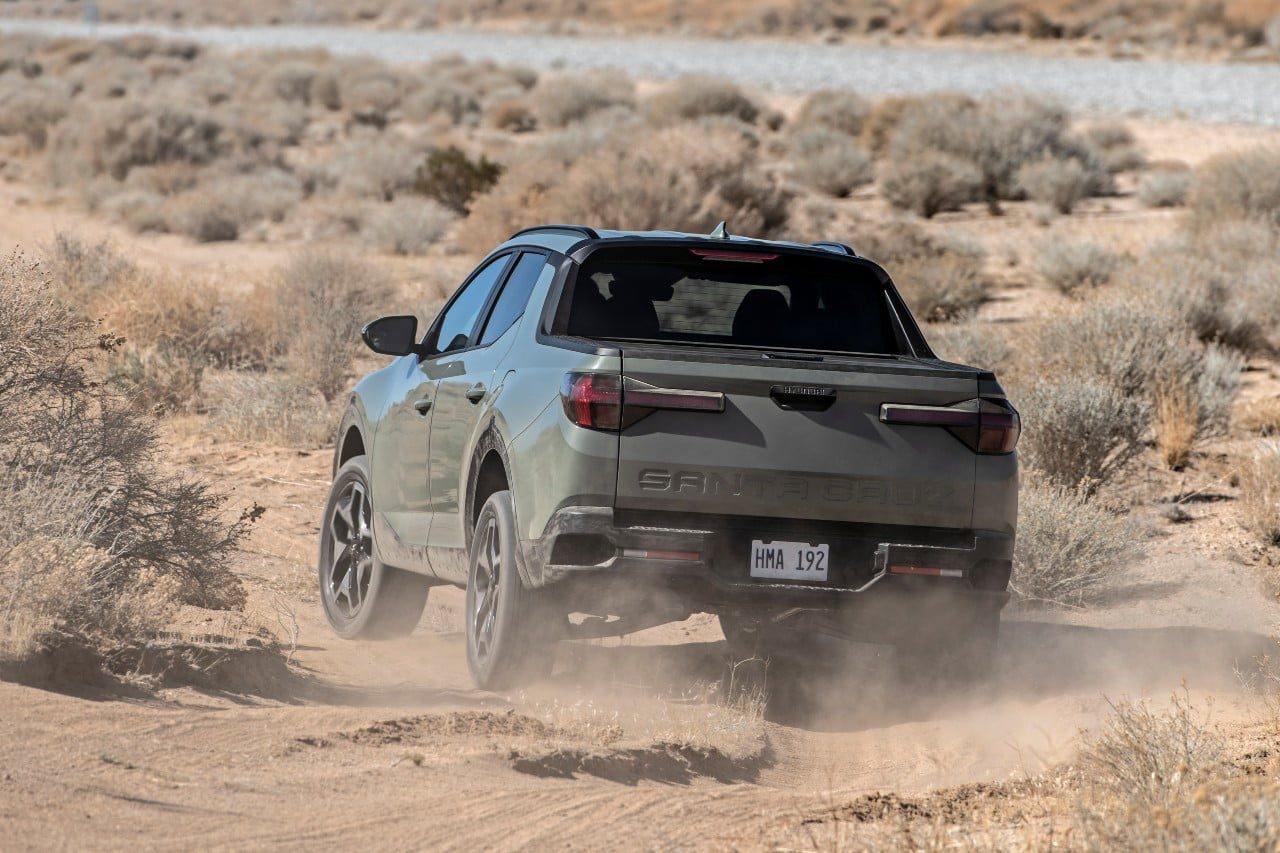 Both the Maverick and the Santa Cruz offer decent ground clearance, 8.3-8.6 inches for the Ford and 8.6 inches for Hyundai. Both also provide optional all-wheel-drive systems. However, only the Maverick offers an off-road (FX4) package. This includes all-terrain tires, protective skid plates, and recovery tow hooks. So, if you’re planning to spend a lot of time in the wilderness, the Ford Maverick with the FX4 package will be your best bet. 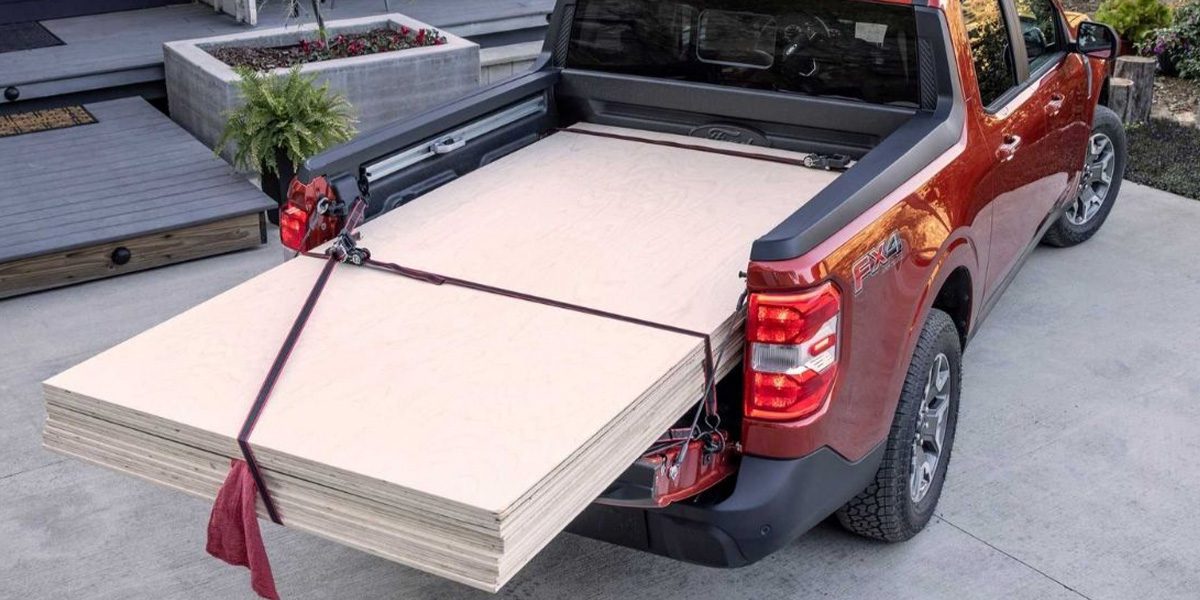 The Maverick has a maximum payload of 1,500 pounds, compared to the 1,748 pounds of the Santa Cruz. These are both impressive numbers for their sizes, especially when you consider that they’re in the midsize class territory.

Ford says the Maverick will have a starting price under $20,000. However, the base XL trim officially comes in at $21,490. This is a surprising number considering what the Maverick offers.

You’ll likely want to upgrade to the XLT or Lariat trim since the base Maverick skimps a little bit on options. With options such as the 4K towing package, the upgraded engine, or the FX4 Off-Road package, you can end up with a $40,000 price tag on your Maverick.

Unfortunately, Hyundai hasn’t released any official pricing details or further details about the Santa Cruz trim levels yet, so we’re left to speculate. However, based on Santa Cruz’s interior quality, the engine lineup, and the near-midsize truck capabilities, we expect prices to be between $27,000 and $40,000, depending on features.