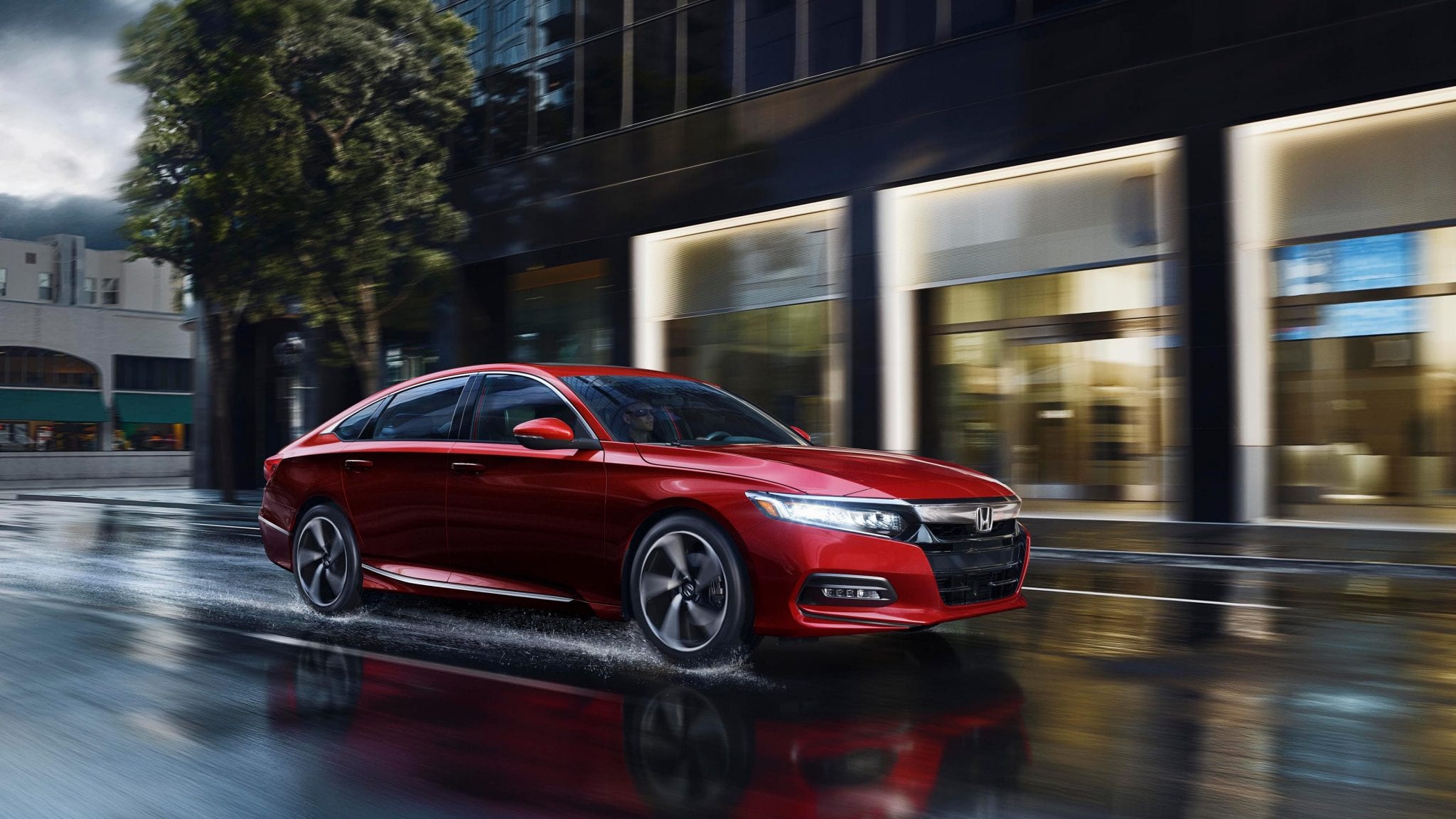 What's What In The Land Of the Family Sedan? We'll Tell You!

For 2021, The Midsize Sedan Just Keeps Getting Better

Ranked: The Best Midsized Cars for 2021

You’ve landed a good job, met a great partner, gotten married, bought a house, and have had a kid or two. The American Dream in a nutshell.

However, now you’re looking at that little Honda Civic that got you through college and is your reliable steed to commute to and from work. And it’s starting to look a bit too small.

This is a reality that many Americans face year in and year out. They need something that will both be a value-oriented purchase, but also crucially have the space and capacity for everything from the school run to birthday party “taxi services” to and from the movie theater or, at least back in the old days, the bowling alley.

Honda has been making the Accord for decades, and for decades it has been the #1 recommended buy for someone looking for a practical, stylish, decently powerful and fun to drive family sedan. It’s no different for 2021, with another home run hit by Honda.

Minor upgrades from the 2020 model make the optional 8-inch infotainment screen now standard in all models, as well as a new safety feature that we would love to see become standard across the industry: rear seat check. What this does is that after the car is unlocked, if either of the rear doors was opened before the car moves, the onboard computer will pop a message up on the infotainment screen when the engine is shut off to check the rear seat.

However, what gets people to drive cars is the feel of them, and Honda has not dropped the ball here. Cornering effort is easy, there is little to no body roll, and the car communicates just enough information without making the ride uncomfortable. Added to that is laser-sharp steering that gives a confident turn in and very neutral dynamic feel that will move to mild understeer if you push it too hard.

Hyundai and its sub-brand Kia have been rewriting the book on expectations of what a new car should have as standard, and what a warranty for that new car should be. The South Korean manufacturer has made sure that the 2021 Sonata is no different.

The SEL Plus and Limited models get a 1.6L turbocharged four that produces 180 HP. While this is lower than the lower spec models, it’s the nearly 200 lbs-ft of torque that gives this spec the performance edge. So much so, that for these models, Hyundai has partnered with Pirelli to equip new cars with the sublime Pirelli P-Zero performance tires.

Leather seats with leatherette/dinamica suede swathe the interior in a luxury feel, and upper spec models get a fully digital TFT instrument cluster. As well, all specs get standard LED daytime, head-, and highbeam- lights, which are often high spec options on other midsized cars.

Even more exciting, for those with a bit of a kid-racer inside of them, Hyundai has announced that a Sonata N is coming, with tuning and upgrades from the company’s racing department. It is expected to have a 2.5L turbocharge inline-four with nearly 300 HP, and possible all-wheel-drive. So far, however, no news or specs have been announced, so we can’t include it (yet) in this listing. 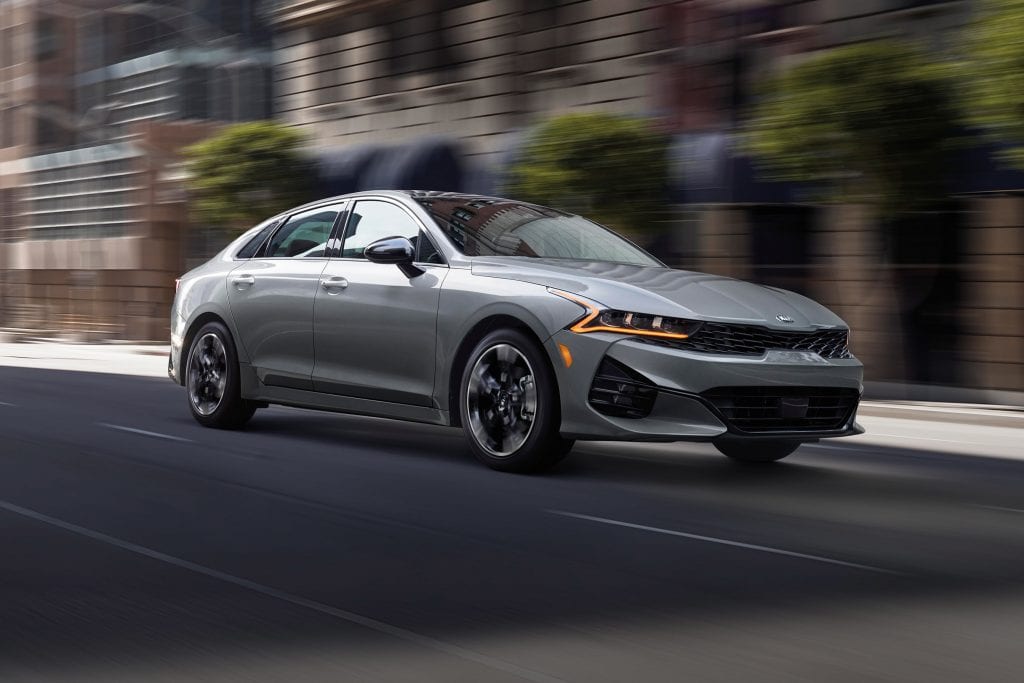 Kia has been riding on a wave of great cars since the major overhaul that they underwent across the range in the late 2000’s. New build quality standards, new production facilities, and heavy investment into more efficient engines and some hybrid options have moved them from a bargain-brand into a competitive and well-regarded mainstream brand.

The K5 is available with either a 1.6-liter turbocharged inline-four making 180 HP and 195 lbs-ft of torque across the majority of the range or, in the GT spec, a 2.5-liter turbocharged inline-four with 290 HP and 311 lbs-ft of torque. All specs come with an 8-speed automatic transmission, with the GT’s automatic being a Dual Clutch Transmission with paddle shifters on the steering column.

While Kia’s are not widely known for their power, what they are known for is just how much you get for your hard-earned cash. Even the base LX model comes with 16-inch alloys, LED lighting all around, an 8-inch touchscreen infotainment system, dual-zone climate control, remote keyless entry, driver lane, and departure assist… we could go on. With Kia, what are options or part of optional packages are standard and included in the base price. 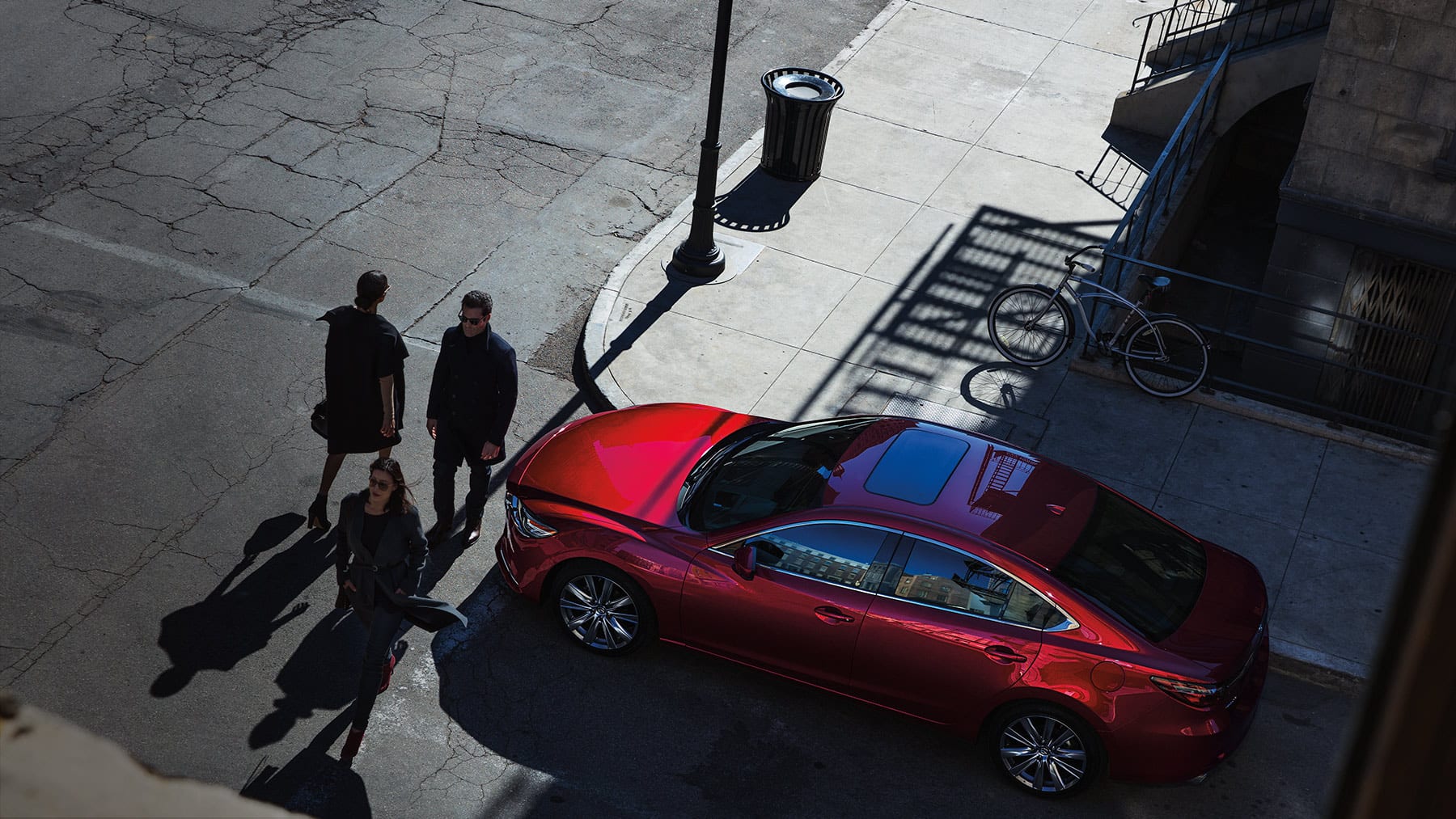 Admittedly, the Mazda 6 looks far more expensive than it actually is. It has swooping body lines meeting at pleasant angles, and has a stance that just speaks to comfort and subtle power under the hood.

One of the only let downs with the 6, however, is under that hood. Neither the naturally aspirated 2.5L inline-four with 187 HP, or its turbocharged variant with 250 HP and 310 lbs-ft of torque, have much about them that speaks to character. They are both extremely good engines, but there is no real point in the rev range when you know you’re hitting a sweet spot. They just both pull and pull until the 6-speed automatic shifts.

However, much like its little brother the Mazda 3, the 6 is an absolutely telepathic car to drive. There are supercars out there that do not have the driving feel and instantaneous feedback you get while driving a Mazda, thanks to their new company philosophy of connecting the driver with the car.

Add in some of the best noise isolation for the class, and subtle, somewhat sporty, but never uncomfortable suspension, and the Mazda 6 was just 0.1 points away from making it into third place on this list. 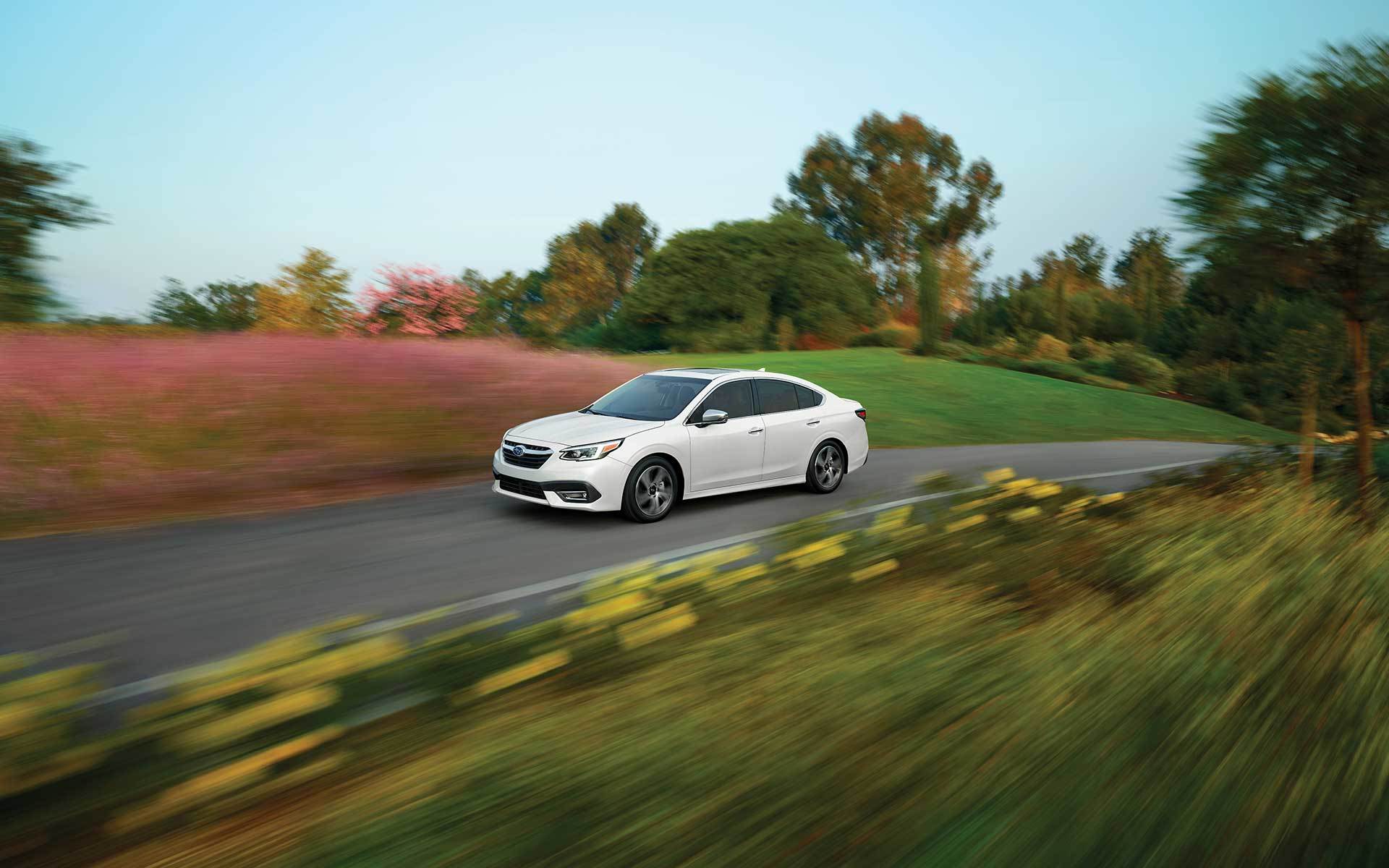 The Subaru Legacy, while slightly less famous than it’s motorsports-derived brother in the Impreza WRX, is still a car that has been around for decades. And during that time, it has earned a reputation for almost unnatural levels of grip in almost any condition due to Subaru’s sublime symmetrical AWD system, as well as being one of the safest family midsized cars on the road.

With a 2.5L boxer engine producing 182 HP, and a turbocharged 2.4L turbo boxer that produces a gutsy 260 HP, the Legacy is definitely not lacking on power. What it does lack, however, is a multi-gear automatic or a 6-speed manual. The only option available is a CVT, and that detracts somewhat from the enjoyment one gets feeling that next gear notch in when having a fun weekend drive.

As well, as the Legacy is more of a family car than a road-defying rally car, the steering is numb and even at times indistinct, not giving you any information regarding where the front wheels are. While the car features active torque vectoring as standard on all models should you need to suddenly add more lock into your turn, it would be much nicer to feel where the car is instead of guessing.

This isn’t to say the Legacy is an overall bad car. If you live where the weather can change day to day (Washington and Colorado, we’re looking at you), from sunny and warm to a blizzard in an instant, knowing that you and your family are in a car that is designed to handle the brutal snowstorms that Japan encounters on its Northern shores is more than reason enough to include it on this list. 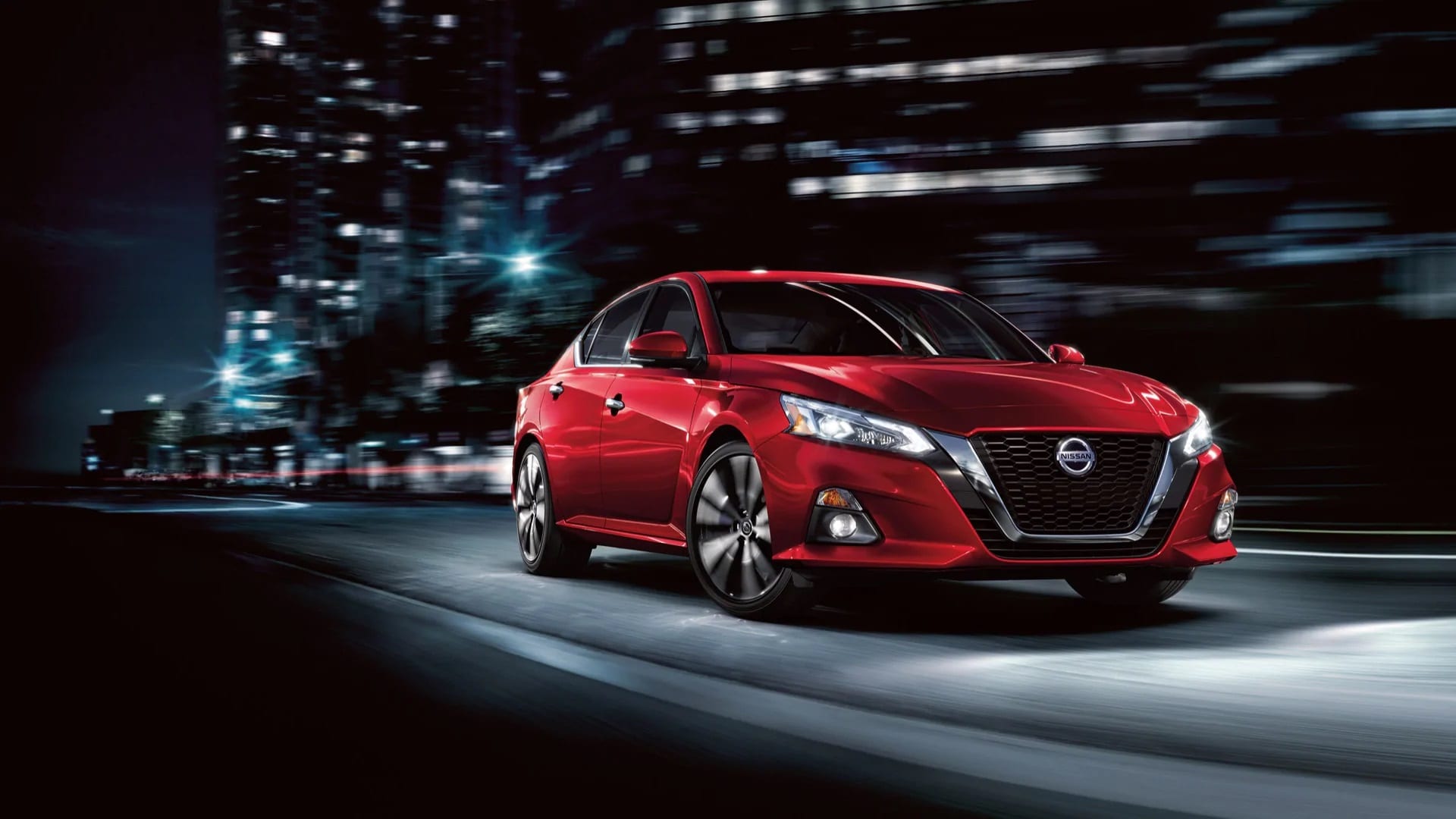 Nissan went through a period in the early to mid 2010’s where their cars performed well, reviewed well, but did not sell well. This lead to the bigwigs at Nissan HQ to bring in some fresh ideas regarding designs, and what emerged in 2019 was a totally new, and much more stylish, looking design direction.

That language translated to an area that Nissan was already well known for, their interiors. With the refresh came an uprated, spacious cabin with subtle hints of luxury items like wood trim and stitched leather to make it a genuinely nice place to be.

In terms of engineering, Nissan has two engines available for the Altima, including their legendary 2.5L inline-four engine with 188 HP that feels much more powerful than it actually is. The other option is a 2.0L turbocharged four that makes near-as-makes-no-difference 250 HP, and has a new technology that is labelled as VC Turbo, which effectively changes the pitch of the vanes in the turbo compressor to optimize fuel efficiency while delivering fuel efficiency.

Sadly, however, Nissan somehow thought that the AWD option available for the 2.5L engine models wouldn’t pair well with the turbo. As well, like many competitors, the option of a paddle shifted automatic or even a 6-speed manual has been removed in favor of a CVT, reducing the overall fun of a car that has two top-spec sport models.