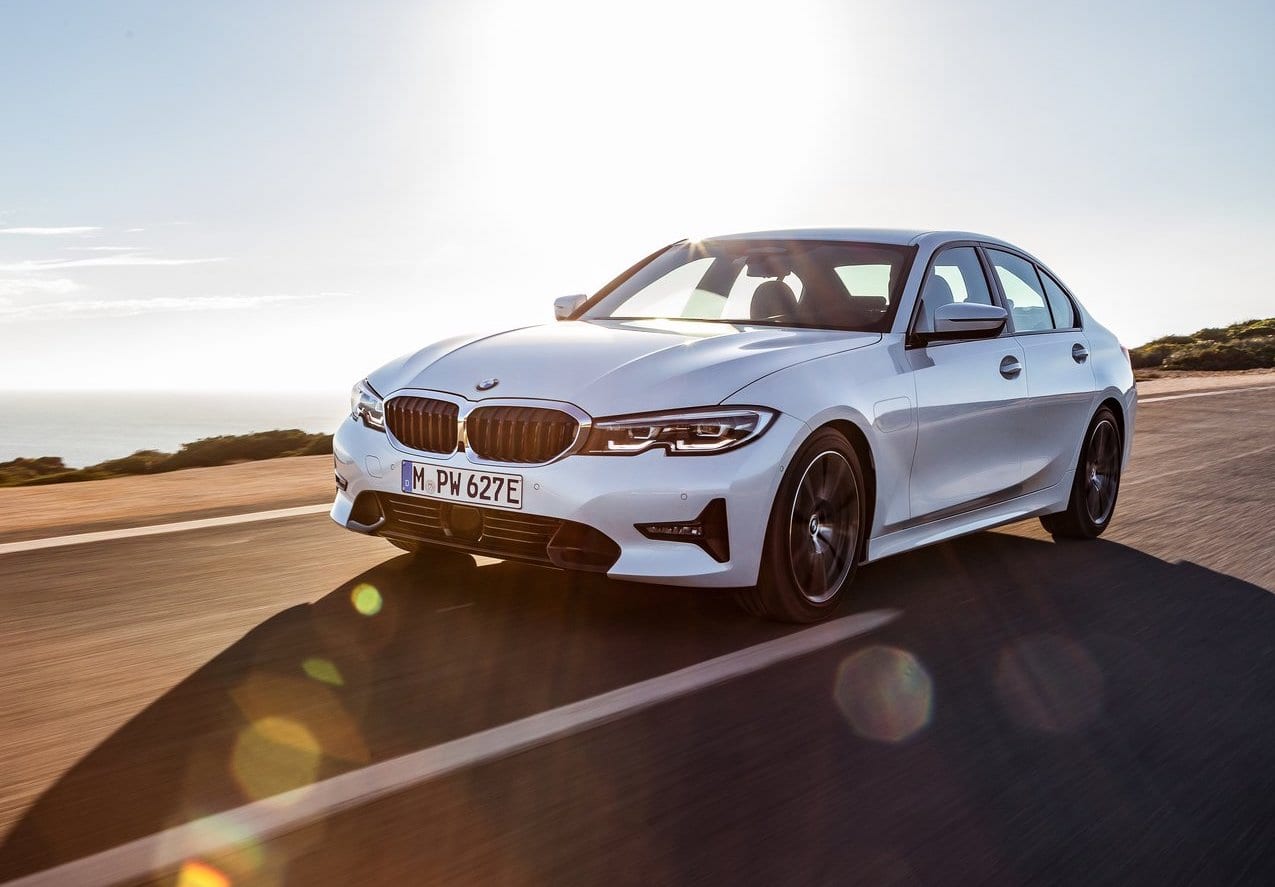 Plug In Instead of Filling Up

There only used to be a few options when it came to plug-in hybrid cars, but now there are dozens. The vehicles below are the best out there right now. 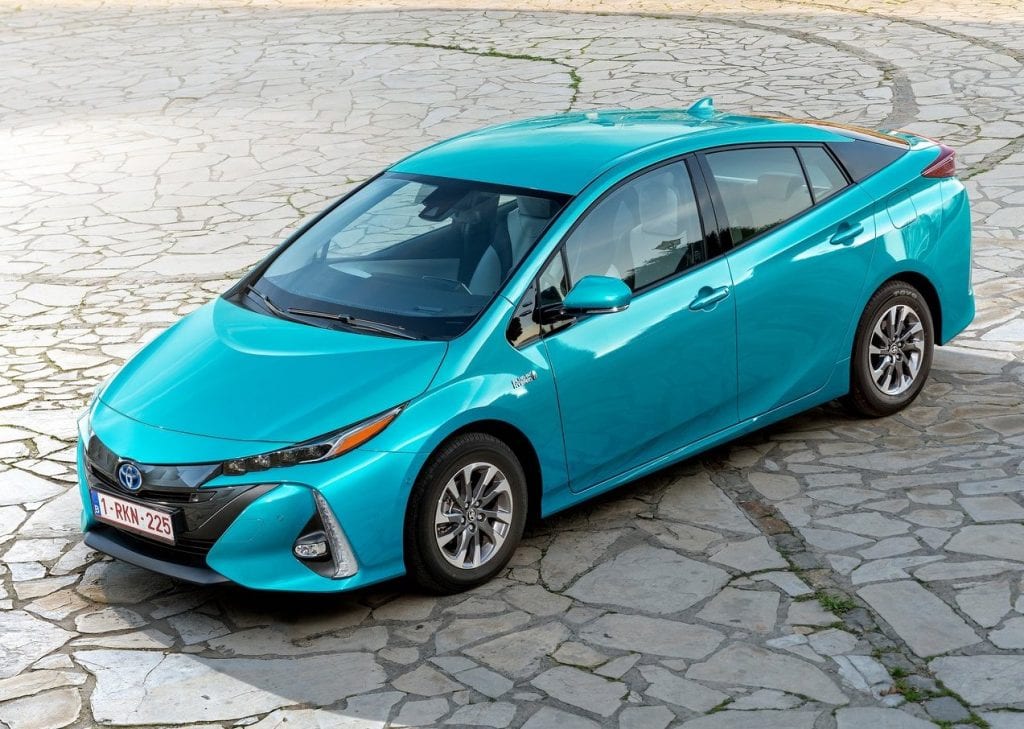 The Toyota Prius has some haters, but the thing is this ugly car is a darn good machine to own, and the Prius Prime is the best version of it. I drove this car for a week on loan and found it to be one of the best plug-ins I’ve ever had the privilege to drive. The vehicle looks a bit like a spaceship, and the interior is just as weirdly styled, but it is comfortable and the cargo area is pretty big, too.

The car gets a 121 hp hybrid powertrain consisting of a 1.8-liter four-cylinder engine and an electric motor. It shares much with the regular Prius. The Prime is a plug-in hybrid, though, and that means it can run 25 miles on pure electric power before switching over to run like a non-plug-in hybrid. It’s enough range for many people’s commutes meaning you would only use gas when going outside of your regular routine. 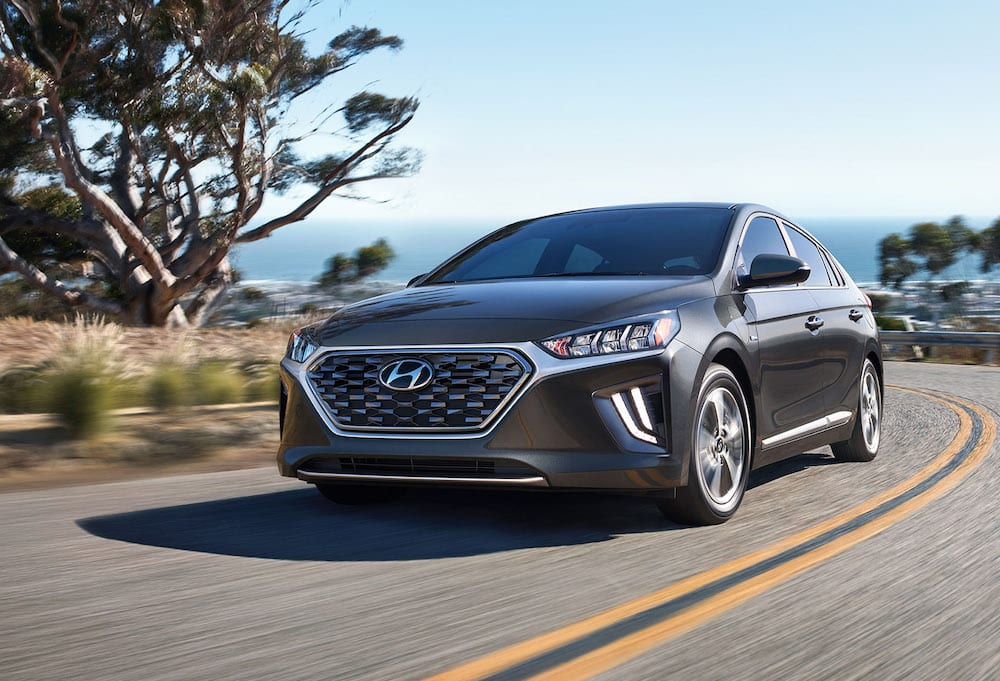 I was on the press drive for the Hyundai Ioniq back when it first sprang onto the scene. I found the vehicle impressive back then, and the car continues to be impressive today. It’s just a good car that happens to be a plug-in hybrid. The car features a handsome but compact design, a comfortable and good looking interior, good technology and infotainment, and a top-notch powertrain.

The Ioniq Plug-In Hybrid has a 60 hp electric motor mated to a 1.6-liter four-cylinder engine for a combined power output of 104 hp. The electric motor gets power from a 1.6-kWh unit, and that combo makes for 29 miles of electric-only range. That’s enough for a lot of people to get to and from work, so you’re bound to use very little gas depending on how much you drive each day. 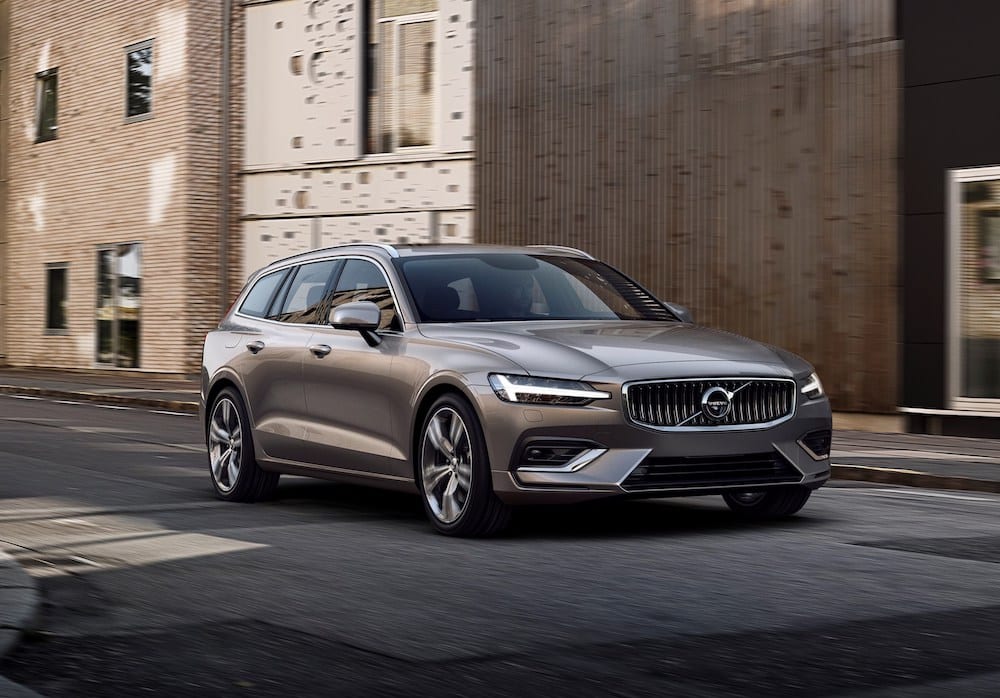 It’s no secret that I love the Volvo V60. I reviewed the vehicle a while back and found it to be one of the best cars on sale today. I stand by that and was thrilled to learn that Volvo has a plug-in hybrid version of the car that you can buy. The hybrid V60 looks more or less the same. It’s still elegant and sophisticated on the outside, and luxurious and comfy on the inside. Just now it has electric power.

The V60 T8 Polestar Engineered gets a 2.0-liter turbocharged and supercharged engine and two electric motors for a full power output of 415 hp. The model can also do 22 miles of electric-only range, meaning you’ll not always be burning up gasoline in your Swedish wagon, something that even Greta Thunberg can appreciate. It’s also important to note that any Volvo can get the hybrid treatment right now. The V60 is just my favorite Volvo, so that’s why it’s here on this list. 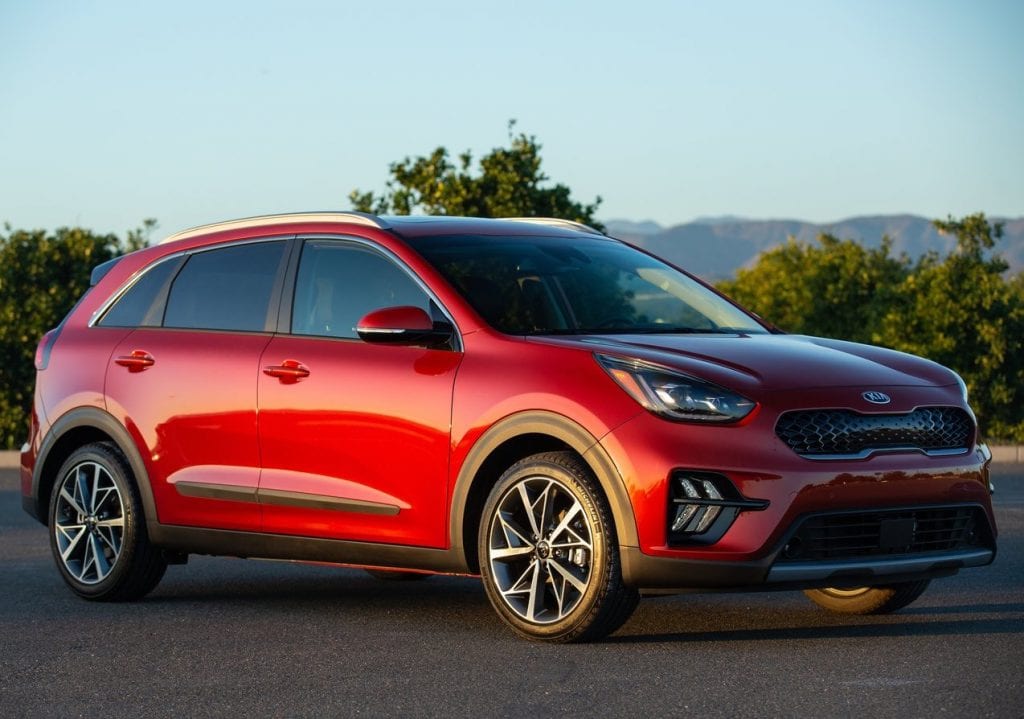 The Kia Niro PHEV is just what you’d expect it to be. It’s the plug-in hybrid version of the Niro. I have not driven the PHEV version of the little crossover. However, I have driven the regular hybrid version, and they’re more or less the same but with different powertrains. In short, the Niro is a top-quality vehicle with a comfy and well-laid-out interior, excellent technology and infotainment, and non-polarizing styling.

In terms of what the Niro has as far as powertrain, the crossover gets a 60 hp electric motor and a 1.6-liter four-cylinder engine for a combined power output of 139 hp. In terms of electric-only range, this vehicle can hit 27 miles before running out of juice. As with many of the other vehicles here, that can seriously cut down on your gasoline bill if you have a short commute. 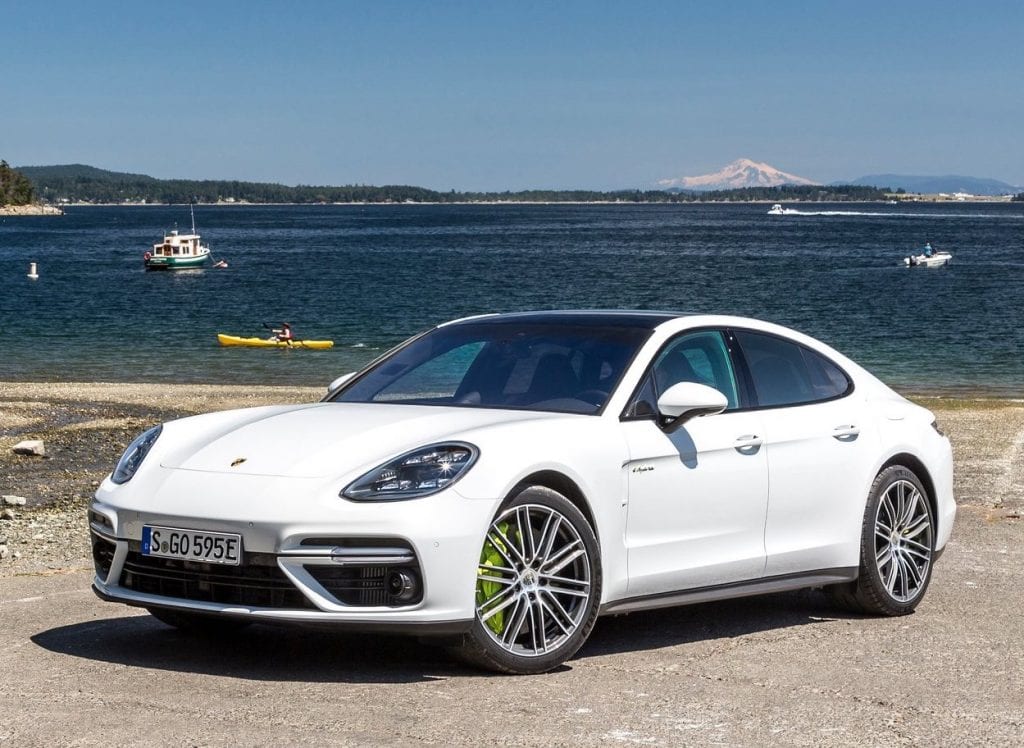 It might seem kind of silly to do a Panamera plug-in hybrid, but anyone who has seen a Panamera Turbo S E-Hybrid up close or seen one in action knows that this car is no joke. It’s a fantastic plug-in hybrid option if you have the means. The car features a 677 hp total output from a twin-turbo V8 and an electric motor. The powertrain also allows for 14 miles of electric-only range.

The best thing about this car is that it drives like any other Panamera. That is to say, exceptionally well. The car might look a little odd proportionally, but there’s no denying that it’s luxurious and spacious on the inside. The cargo area can also swallow up your gear with ease. It’s not the most affordable plug-in hybrid nor does it have the longest electric-only range, but it’s still worth your dollars if you’re looking for a luxury hybrid sports sedan, admittedly a rather small niche. 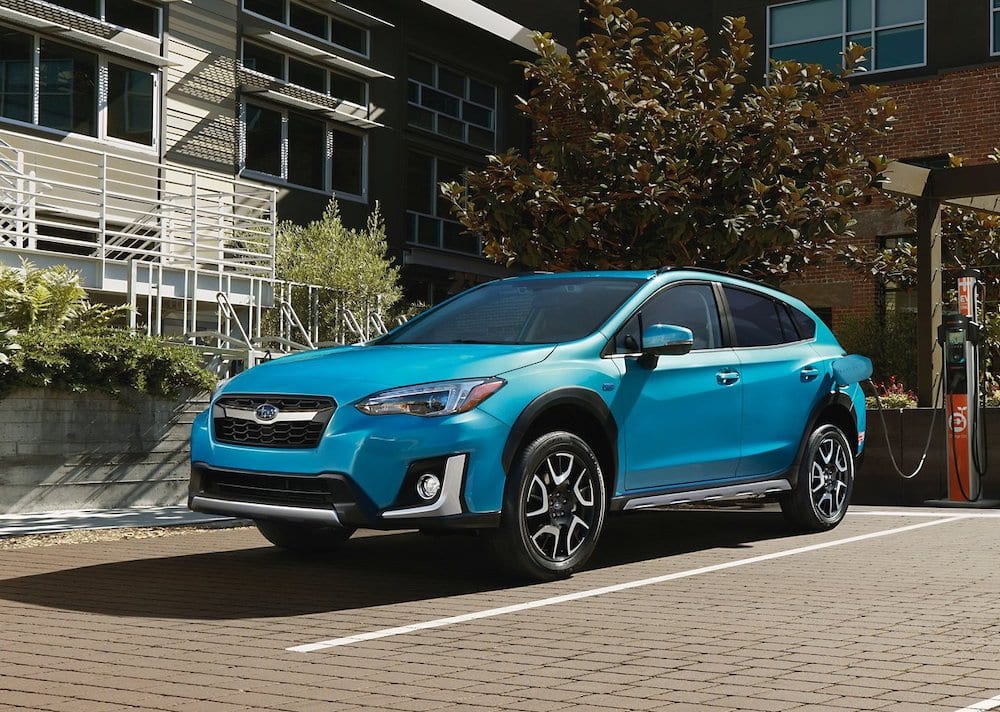 With the Subaru Crosstrek Hybrid, the company gets back to its roots: making kind of weird but kind of genius vehicles. The regular version of the Crosstrek is quite good. It’s a handy vehicle with all-wheel drive, solid reliability, and good levels of practicality and comfort. There’s little not to like about it. The Crosstrek Hybrid is the plug-in version of it, and it’s even better.

The vehicle features all-wheel drive still—not super common for hybrids. Providing motivation is a 2.0-liter four-cylinder engine and an electric motor that makes 152 hp combined. The vehicle can only do 17 miles of electric-only range, but it can also charge up in two hours using a 240-volt plug-in, which is pretty quick. 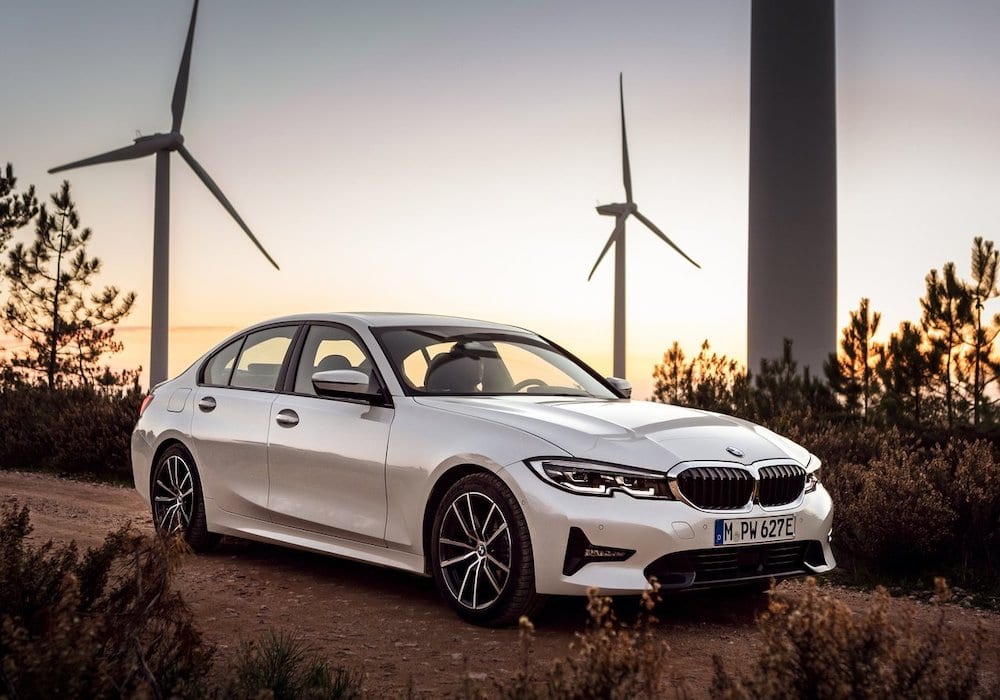 I find it a bit odd that my favorite version of the BMW 3-Series is the hybrid, but that’s the case. The BMW 330e is an impressive car. It has everything that you get from the regular 3-Series and then just more. The car has a 2.0-liter turbocharged four-cylinder that’s combined with an electric motor that together put out 252 hp. The car can do 87 mph on electric power alone. There’s also a new mode called XtraBoost that adds an additional 40 hp for 10 seconds.

BMW lists an electric-only range of 37 miles, though the company says you can do as much as 41 miles if careful. Other than all of all that goodness, the 330e features a classy interior with upscale materials and high levels of comfort. The car also gets top-notch electronic systems including a mode that will not only route you to your destination on the most efficient route but make the most of your electric battery power by using GPS data to decide when to use the battery power and when to save it. It’s a genius system. I have to note that BMW also has other of its models available as hybrids. The 3-Series is my favorite, so it’s the one I included here. 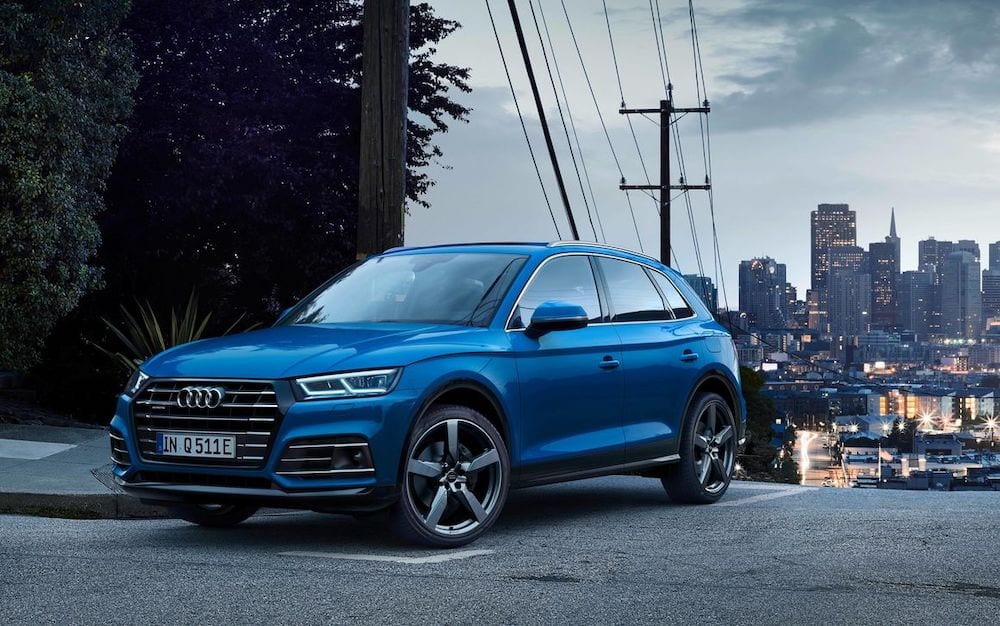 The Audi Q5 for those who haven’t driven the vehicle will find it to be one of the best premium crossover SUVs out there. The Q5 TFSI e takes the already great vehicle even further. The plug-in hybrid variant keeps everything that you should like about the vehicle—like it’s top-quality interior and infotainment and driver-assist technology—and then adds a hybrid powertrain to it.

The vehicle gets a 2.0-liter turbocharged four-cylinder engine to an electric motor for a total output of 362 hp. The Audi can do 20 miles of electric-only range, which isn’t wildly impressive, but roughly on-par with much of the competition. It should help cut down on your gas bill each month.