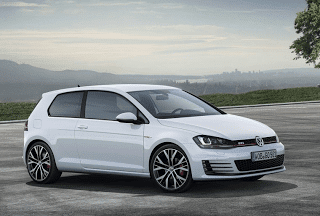 The fact that a moderate adjustment in Volkswagen USA’s sales goals merits attention at all says something about the allure of the VW brand. A fiercely loyal fan base loves to talk VeeDub, and the talk is often as full of criticism as it is stocked with praise.

Rather than believing they could sell 486,000 vehicles in 2013, disappointing halfway numbers have led Volkswagen to adjust their goals downward 9.5% to 440,000, a couple thousand more vehicles than the brand managed to sell in the United States a year ago.

Automotive News says Volkswagen dealers are pleased with the lowered expectations, because it allows them to adopt different pricing tactics. In order for a dealer to take advantage of VW HQ’s stair-step bonuses, they would have needed to cut prices too drastically, had sales goals remained high. The lowered goals for overall volume won’t require dealers to compete so avidly for each and every sale.

First, let’s keep in mind that Volkswagen dealers aren’t offering as many nameplates as they did a year ago. True, the Routan was always a niche player in what is now a declining category, but dealers did have Routans to sell last year.

Exclude the Canadian-built Grand Caravan copy from the equation, and Volkswagen sales in 2013 aren’t down. Indeed, the Golf, Jetta, Beetle, Eos, Passat, CC, Touareg, and Tiguan have combined for a 1.1% improvement. The Routan’s disappearance accounts for the loss of 4156 sales in the first six months of this year.

Routan still excluded, this means Volkswagen only sold 2223 more vehicles between January and June of 2013. Given that dealers were expected to sell 48,000 more vehicles this year, a first-half improvement of just 2223 units surely spooked the bosses.

Disappointingly, Passat volume is up by only 1054 units, a 1.9% increase, as the midsize market has turned in far greater numbers to the new Honda Accord, the new Nissan Altima, and the new Ford Fusion. The Passat sells once for every 3.7 Camrys, and besides the three other faster-selling midsize cars previously mentioned, the Chevrolet Malibu and Hyundai Sonata have already crested the 100K-unit barrier. Kia has sold 83,458 Optimas and the Chrysler 200 and Dodge Avenger have produced 9% and 15% gains, respectively, more than enough to keep the Passat in tenth among conventional midsize sedans.

Now that the Beetle Convertible is garnering plenty of attention, Eos sales are down by 1247 units. 514 fewer copies of the CC sedan have been registered, and the Touareg’s 4% decline equals 184 fewer sales.

The trend is clearly pointing the wrong direction. And if Volkswagen wasn’t setting its sights so high, aiming for 800,000 annual U.S. sales by 2018, the brand’s inability to outperform a banner year wouldn’t be alarming.

But the Volkswagen brand isn’t content with 400,000 sales per year. The question we now must now ask: can Volkswagen USA actually sell 440,000 vehicles in America this year? Quite clearly, they’re not on pace to do so. At the current rate, 435,000 would represent a stemming of the tide.

As always, much of VW’s hopes are pinned on the Jetta. If the growth experienced by the Jetta nameplate in May and June – 6.8% – can be replicated throughout the second half of 2013, Volkswagen could sell 174,500 Jettas in 2013, a 4500-unit increase. Even assuming the rest of the range remains steady, this would lead to approximately 442,200 sales in 2013, slightly above their newly stated goals.

Meanwhile, Volkswagen Canada sales are up 8.6% this year even as the market’s growth slowed to a 2.2% increase in the first half. Volkswagen has cut Jetta and Tiguan prices and Golf volume has slid just 7.6%.