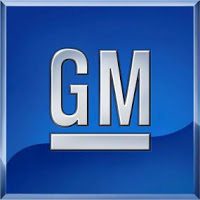 Analysts believe the auto sales in America were likely 8% lower last month than in February of 2007.  It’s worse for General Motors where the expected drop is 12%.  It’s worse than that for Ford and Chrysler, with predictions for the two smaller American manufacturers to be -16%.

Last year, February sales topped an annual selling rate 16.5million automobiles and trucks.  The best hypothesis for the same period of this year pegs the annual selling rate at 15.3million.
Meanwhile, gasoline prices averaged $3.16 in the States in February, the highest average cost per gallon since June.  Median home sale prices dropped 4.6% from a year earlier in January.  Mate this with Chrysler’s truck-heavy sales structure (75% of their total) to Honda’s 44% reliance on vans, SUVs and the Ridgeline.
This means that even with the overall decline, Honda; Toyota; and Nissan will all – likely – make small gains.