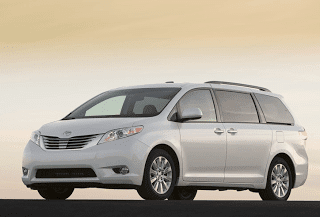 Subtract the Honda Crosstour from the Accord’s total and the Ford Fusion, Dodge Ram, and Toyota Corolla all leap up a step on the ladder that is America’s 30 best-selling vehicles list for 2011. Honda sold 235,625 Accord coupes and sedans last year, down 17% from 2010. That’s 72,885 less than Toyota managed with what was, at the time, a declining Camry. Toyota Camry sales were up 7% in December.

Neither of these American-built Japanese passenger cars were America’s best-selling vehicle in 2011. That title goes to the indomitable Ford F-Series, sales of which are mostly made up by the F-150. F-Series sales increased 11% in 2011, an increase which wasn’t exactly the class of the field – Silverado sales were up 12%, Ram sales jumped 23%, Sierra sales increased 15% – but the boost was more than enough to be respectable. America’s overall new vehicle market grew 10%, incidentally. The four trucks mentioned were the only pickups among America’s 30 best-selling vehicles. 11% of all new vehicles sold in America in 2011 were of the F-Series/Silverado/Ram/Sierra variety.

Setting aside an examination of America’s favourite SUVs and crossovers (since you can read about the top 20 SUVs here), consider which vehicle segment does not present itself in the table below. The 31st-best-selling vehicle in America was the Toyota Sienna, sales of which increased 13% in 2011 to 111,429, enough to edge out the Dodge Grand Caravan (up 7%) and its 110,862 sales. Only problem is, the Grand Caravan is just a Chrysler Town & Country by another name. When paired together, Chrysler’s minivan total jumps to 205,182. That’d be enough for 14th spot on the list of America’s top 30.

On that topic, it’s worth noting that GM’s truck twins are all but identical. Combining the Silverado and Sierra nets GM 564,300 sales, enough for…. second place.

Half this list is made up by domestic brands. There’s one Mexican-built German, three Koreans, and 11 Japanese vehicles. Check out the links to more best seller lists at the bottom of this post, below the market share pie chart.

Source: Manufacturers & ANDC
Red font indicates year-over-year declining sales
Accord sales include sales of the Crosstour, a practice which will stop in 2012. To see separate Accord and Crosstour sales use the dropdown menu at the top right of this page.