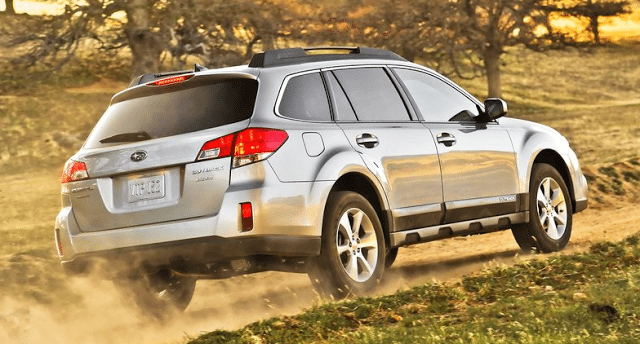 Subaru’s U.S. outpost is likely to sell more than twice as many cars in 2013 than the company did just four years ago. That’s the kind of rapid ascent typically achieved by technology companies debuting never-before-seen products. 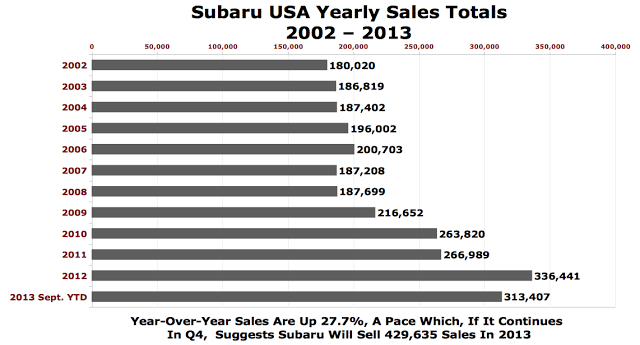 In the United States, Subaru volume, helped by the still-recent introduction of the XV Crosstrek, is up 28% in 2013. It’s not as though Subaru sales in 2012 were at a low level.

You get the idea: 2013 will be the sixth consecutive year in which Subaru USA sales increased. Sales rose year after year leading up to 2007’s 7% decline, as well.

Yes, the product range has certainly expanded from the days when Subaru offered an Impreza, a Legacy, an Outback, and a Forester. But Subaru has extinguished models, as well. There’s no Baja; no Legacy wagon. Moreover, some of the brand’s newer nameplates – BRZ and Tribeca – are very low-volume players.

Then again, the Impreza-based WRX attracts nearly 1500 U.S. buyers per month. More than 4200 XV Crosstreks are sold each month. 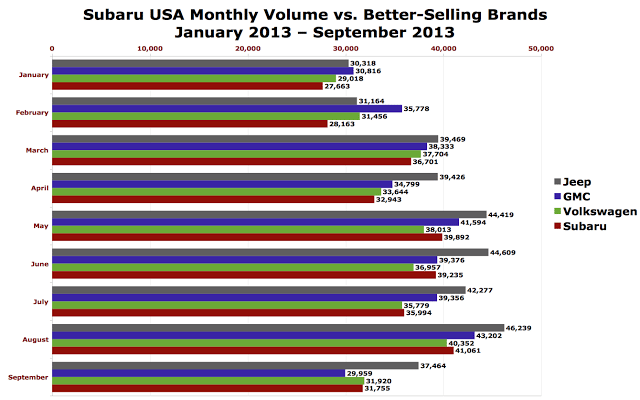 Nevertheless, to suggest that Subaru is only able to sell more vehicles because the brand possesses a larger fleet would be false. Subaru will sell a record number of Foresters this year, having already topped 80,000 units, a feat accomplished only once before, and only then in twelve full months. After a record 2012, Outback sales are once again rising. Total Impreza sales are down 6% this year, but Subaru has already sold more Imprezas in 2013 than in any year other than 2012.

There are those who say that to fail to grow your business is to fail at business. Subaru has certainly grown their business, but one wouldn’t say that Subaru USA is too big to fail. Jeep, GMC, and Volkswagen are Subaru’s immediate superiors. They’re America’s ninth, tenth, and eleventh-best-selling automobile brands. For every Subaru sold, Ford sells six vehicles and Dodge/Ram sells more than two.