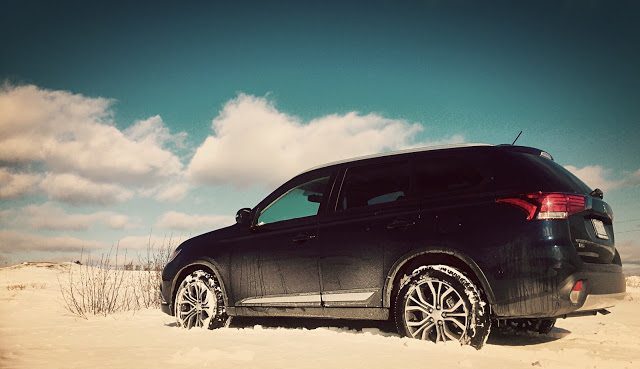 13 months ago, we published our review of the 2015 Mitsubishi Outlander GT S-AWC. We were not, shall we say, kind in our appraisal.

The $41,000 Outlander GT was too expensive. Mitsubishi provided a third row, but the Outlander was too small to make the sixth and seventh seats useful. The feature list was a mixed bag of interesting incorporations and odd exclusions. The V6 engine wasn’t sufficiently effective as an upgrade powertrain and the fuel economy was tough to swallow because the V6 demanded premium grade gasoline. The interior didn’t feel current.

Without even upgrading the Outlander – though Mitsubishi did do just that for model year 2016 – the best-selling vehicle in Mitsubishi Canada’s lineup could be fixed with a few small, simple, significant changes. Forget the overpriced GT trim level, ignore the V6 engine, and skip the third row. Then you’re dealing with an all-wheel-drive, four-cylinder compact SUV priced under $30K – or $33,798 with the options in our ES tester – and a 10-year/160,000 kilometre powertrain warranty. (Mitsubishi Canada is currently discounting that price by $2000.) The terms of engagement have changed.

Let’s be clear: the 2016 Mitsubishi Outlander ES AWC is not the class of the compact SUV/CUV field, and consumers agree with GoodCarBadCar on this count. The Outlander is outsold by virtually all its direct and indirect rivals: Escape, RAV4, CR-V, Rogue, Cherokee, Santa Fe Sport, Journey, CX-5, Equinox, Tucson, Sorento, Forester, Tiguan, Terrain, Patriot, and Sportage.

Now let us tell you why.

Remember, this is clearly still the same architecture as last year’s model, regardless of how fervently the automaker touts, “the dramatically redesigned and improved 2016 Mitsubishi Outlander.” There are changes, particularly in sound deadening and greater structural rigidity – the doors thunk so much more thunkily – but also in terms of rejigged front and rear styling and a new interior control layout. 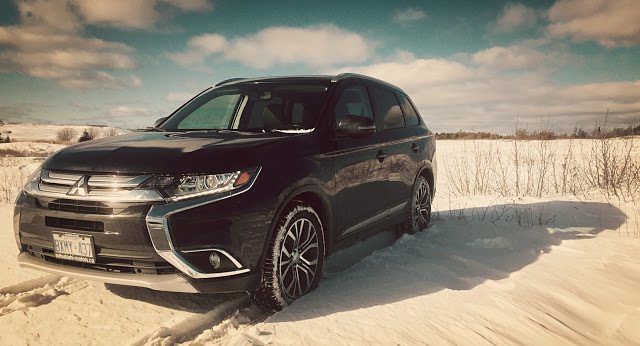 #1: Sufficient Power
The Outlander GT S-AWC we drove last year was many things. Powerful was not one of them. So why pay extra for an upgraded engine that doesn’t come close to competing with the upgraded engines of our day, a 224-horsepower 3.0L V6 that demands premium fuel?

This 166-horsepower 2.4L doesn’t sound powerful – because it isn’t – but it’s sufficiently torquey, eager off the line, and competitive with other base engines in the class. And it doesn’t drink premium.

#2: Roomy For Five
The Outlander GT S-AWC is a 7-seater, allegedly. But it’s difficult to access the third row and space is all but nonexistent once you’re back there. Plus, with the third row up, there’s essentially no cargo space.

As a 5-seater, the Outlander ES makes perfect sense, and you gain a small well under the floor in the back that is otherwise consumed even by a folded third row in the Outlander GT S-AWC.

#3: $3200 Savings
By the time the Outlander’s price creeps above $30,000, the standard of competition elevates rapidly and some of the Outlander’s more dated attributes can’t escape the glow of high quality opposition. But the V6 engine doesn’t just cause the Outlander to creep past $30K, it surges past.

The V6-engined Outlander SE AWC costs $3200 more than an Outlander ES AWC, a sum made all the more uncomfortable by the far more affordable $2000 all-wheel-drive system and the V6’s aforementioned faults. Yes, there are other equipment differentiators, but not enough to make up for the price gap.

#4: 209 Pounds
Mitsubishi says this Outlander ES AWC weighs a large adult male less than the 2016 Outlander GT S-AWC. This enables the more basic Outlander to ride and handle better, and it should – theoretically  – consume less fuel, too. The weight savings eat in to the Outlander V6’s power advantage, as well.

#5: Multi-Mode AWD
At $29,798, or $27,798 with prevailing discounts, the Outlander is far from a luxury SUV, but it’s not technologically basic. Mitsubishi’s so-called All-Wheel Control system features multiple modes: a 4WD Eco mode which won’t send power to the rear wheels unless absolutely necessary, a 4WD Auto mode which behaves like the conventional all-wheel-drive systems available in competitors, and a 4WD Lock mode which maximizes traction at all times, not just slow speeds like the 4WD Lock mode in some rivals.

Put it this way: with stability control engaged, 4WD Eco struggled to make any progress getting us out of the snow visible in these pictures. 4WD Lock behaved invincibly, particularly on another occasion when we were brushed with a few post-Jonas inches and found ourselves late for church on all-season tires. 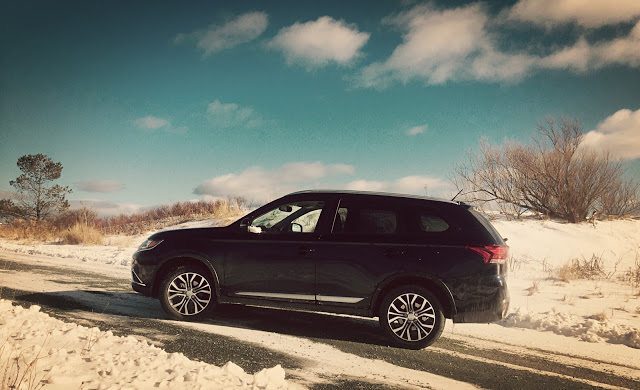 OR NOT TO HAVE…

#1: Driver’s Seat Is Rocking
I wish it was an anomaly; I wish I was imagining it. But not only did the 2015 Outlander we tested do it, but the driver who tested this Outlander before GCBC noted the same discouraging tendency. The power driver’s seat is not firmly fixed in its axis, and thus rocks not only with your own movement, but also when accelerating away from a stoplight and braking for a red light.

The movement is slight; maybe half an inch in either direction. But it reeks of poor quality. And it’s annoying. The manually-adjustable passenger seat does not suffer the same malady.

#2: Small Cargo Area
At least there’s no useless third row into eating your cargo area, but the Outlander’s cargo area is by no means as vast as that of its top-selling rivals. The Ford Escape offers 8% more space behind the front seat; ever so slightly more with the rear seats up. 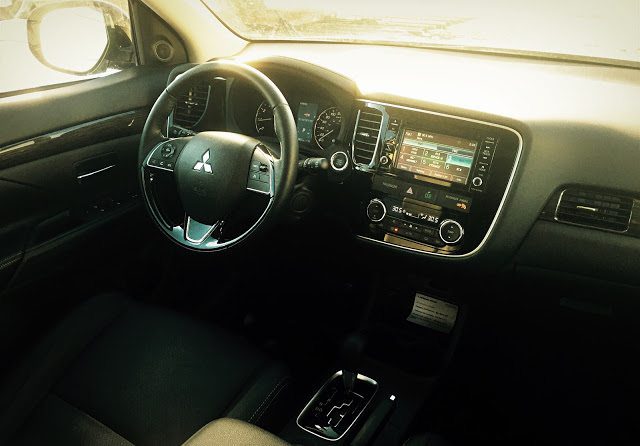 #3: Pitching & Diving
The Outlander’s ride and handling balance is acceptable, if we can say so kindly. But it majors neither in serene ride quality nor in terms of agile handling, falling back from the leaders of the pack in both areas.

The Outlander’s greatest dynamic letdown is obvious under braking and acceleration, as the compact Mitsubishi SUV dives forward on its front axle and leans back on its rear axle. It’s uncomfortable. What’s worse, it’s uncouth.