Once again, the biggest slice of the pie goes to Lexus, Toyota’s luxury outpost. Like October and September and August before, the Germans just can’t keep up. Taking a look at the best-selling SUVs in America, it’s not hard to see why. Lexus sells more copies of the RX than every other luxury SUV and the vast majority mainstream SUVs as well. It’s tough to compete against that. Here then are the Numbers for the nine most prominent luxury nameplates competing in America. Their Sales Stats reveal a colourful story. 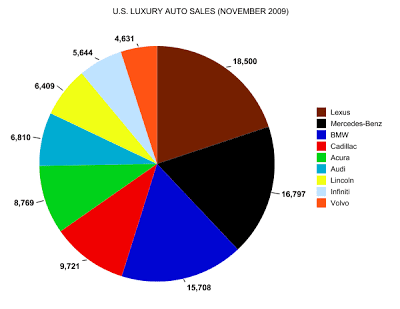