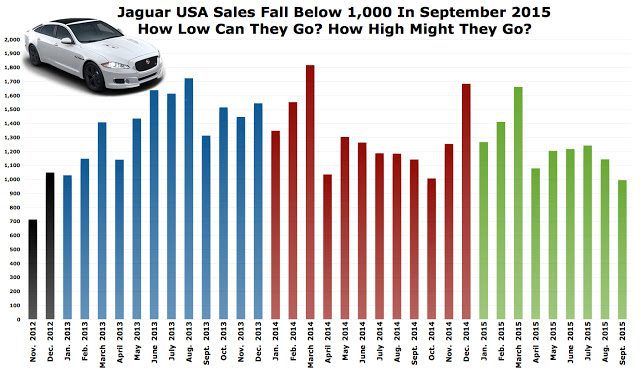 The Indian-owned British carmaker will soon also be an SUV builder. Jaguar will also begin offering a new version of their XF, essentially a third-generation S-Type, and a very affordable BMW 3-Series fighter, the XE.

In the meantime, Jaguar’s lineup is small. Jaguar attracts much of its attention with the F-Type sports car. (For that to be the case at BMW, America’s top-selling premium brand, BMW would need to sell around than 9,000 Z4s per month.)
Not since November 2012, when Jaguar sold only 713 vehicles – but owned the same share of the market as the company did last month – have Jaguar sales fallen below 1,000 units. During that time, Jaguar USA volume peaked at 1,816 sales in March 2014, when the company’s market share climbed to 0.12%.
Historical Monthly & Yearly Jaguar Brand Sales Figures
U.S. Vehicle Sales Rankings By Model – September 2015 YTD
Why Is Jaguar USA Slashing Prices? Because They’re Hardly Selling Any Cars
Jaguar Is Selling F-Types, Not Much Else

This isn’t an oh-how-the-mighty-have-fallen story. Jaguar was never mighty. And it’s yet to become a story of the comeback kid – although Jaguar appears ready to break out with the new XF and especially the F-Pace and XE, industry observers have believed that to be the case in the past. 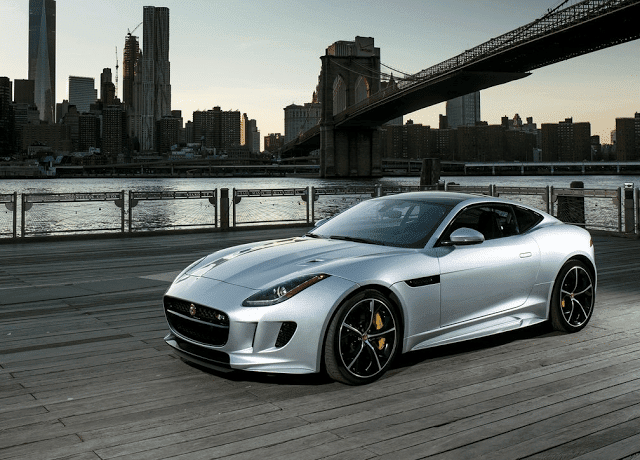 Meanwhile, there is a great driver of volume and profit in Tata’s Jaguar-Land Rover family. 2015 will be the best year ever for the Land Rover brand, and much of the brand’s success is owed to the most expensive vehicles they sell: Range Rovers, Range Rover Sports, and Range Rover Evoques produce eight in ten Land Rover sales.