British car mag evo, whose thrust is ‘The Thrill of Driving’, recently wrote the following regarding the subjects ↓ and GoodCarBadCar showcases them in this special Across The Pond:

(Fiat) Abarth Grande Punto: “…. But now there is a road car, the Abarth Grande Punto, and it’s being displayed in this flagship showroom where we’re also about to settle down for the press conference. Although clearly based on a Fiat Grande Punto, you won’t find a single Fiat badge on it. There are scorpions on the wheels, a shield on the bonnet, a shield and tricolour lightning bolt on each flank, more shields inside, but not a single four-letter word beginning with ‘F’…… the engine is much better than you’d expect a 1.4 to be. It’s remarkably unturbo-like and, whilst it needs to be kept on the boil, it sounds good and pulls strongly between three- and five-thousand rpm.” – Henry Catchpole 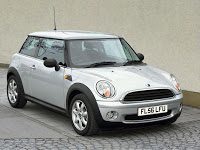 Mini One: “With all the brouhaha surrounding the Minis in the upper echelons of the range it’s easy to forget about the One, the 1.4L entry-level model….. When it’s all said and done, it’s hard to knock the One. It’s an honest, no-frills tool that delivers on all levels. So unless you’re after a full-blown hot-hatch, our advice is to keep it cheap and keep it cheerful. After all, it’s the way Minis used to be.” – Roger Green 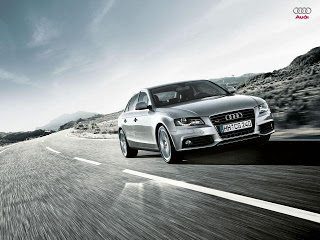 Audi A4 3.2 Quattro S-Line: “The tuneful V6 makes short work of straights and slow-moving traffic, while high grip levels and tight body control make for impressive composure when you up the pace…. For all its talents, though, the A4 feels slightly inert from behind the wheel. It;s undeniably capable, combining agility and pace, but the whole experience is very businesslike….. Don’t despair though, because it’s an improvement on the old car across the board, which means the legend of the RS4 is in safe hands.” – Ross Pinnock