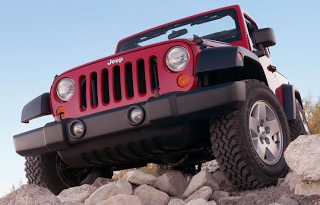 As has already been completed with the Sales Stats of General Motors and Ford, The Good Car Guy’s aim for Chrysler LLC is to showcase the good news from what was – for Chrysler, anyway – a terrible, terrible September. The third quarter of 2009 ended on September 30th. No quarter was good. Two recently appointed CEOs have vacated their offices. Not a single Dodge or Jeep product posted improved sales in September when compared with September of 2008.

The only Chrysler product to do so is an extremely low volume car. Toyota’s Camry out-sold both Chrysler and Jeep in September. So did the Corolla, in fact. Adding insult to injury, the Toyota Prius out-sold all Chrysler-badged vehicles combined. Thankfully, Jeep and Dodge buyers exist. September sales were way worse than August sales; down about 30,000 across Chrysler LLC brands.
As you can see, the picture is bleak. The Good Car Guy is attempting to find five noteworthy positives in this horrendously grey scenario. Don’t be surprised if there are only four…. or three… or two sentences below.
—–
127 – total sales of the Chrysler Crossfire in September in the United States, a 12% increase over Crossfire sales last September
65,045 – total sales of the Jeep Wrangler so far this year, in line with the pace of Wrangler sales in 2008
6 – percentage increase in the year-to-date sales of the Dodge Journey compared with 2008, with totals of 37,842 through the first three-quarters of 2009
3,411 – total September sales of the Chrysler 300, the one Chrysler (besides the Crossfire) to have not suffered a sales drop of more than 50% in September; a 20% decline was sufficient for praise
62,197 – total combined sales of all Chrysler, Dodge, and Jeep products, enough to move Chrysler LLC into fifth place in September U.S. Sales Stats if only no other conglomerates were allowed to combine their sales…. or something