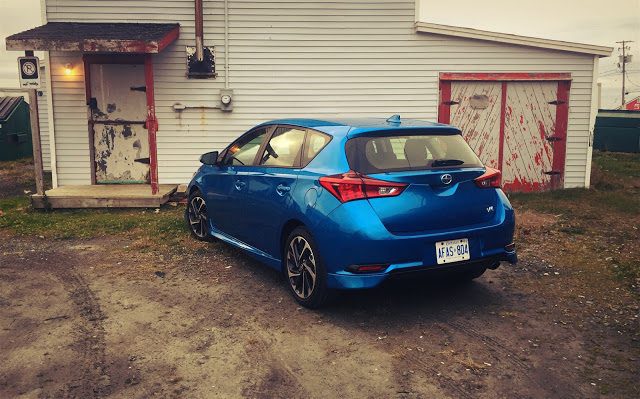 The Honda Civic accounted for one out of every ten new passenger cars sold in Canada in October 2015. Canada’s second-best-selling car, the Toyota Corolla, generated another 5% of the country’s new car sales volume. In a market with nearly 150 different passenger car nameplates, the 11 most popular cars in the country account for more than half of all Canadian car sales.

Perhaps there is strength in numbers. But maybe you’re not interested in embracing the masses, following the herd, or adopting the status quo.

But if you don’t have the money to buy an exclusive luxury car and don’t want to take a risk on an odd-ball, potentially unreliable Italian import, you suddenly find yourself glancing back at the list of compact cars that are so thick on the ground that their owners can’t find them in the grocery store parking lot.

You want a car that stands out in the crowd, a car you won’t follow into the Tim Hortons drive-thru, a car that’s isn’t the mournfully obvious choice. But you want Toyota-like reliability, practical packaging, an affordable sticker, and reasonable fuel efficiency.

WHAT IS IT?
Scion is a Toyota sub-brand, an entry-level youth-directed outlet that launched in the United States in 2003 and in Canada in 2010. At the opposite end of the Toyota spectrum from Lexus, Scion was initially highly successful in the United States. But the first Scions that really hit the mark, the xB and tC, were, in the case of the former, replaced by a bloated and unpopular second-gen model, while the latter car went too long unreplaced and only modestly updated.

Scion’s history thus includes the xA and its now discontinued xD successor, the first and now departing second-generation xBs, the tC, the discontinued Smart Fortwo-fighting iQ, the Subaru BRZ Scion FR-S twin, the recently launched Mazda 2 sedan which Toyota Canada turned into the Toyota Yaris sedan but Toyota USA turned into a Scion iA, and this Scion iM. The iM is essentially a restyled and slightly Americanized Toyota Auris. The Auris, not sold in North America, is a relative of our Toyota Corolla.

Although the iM shares an engine and transmission and much of its architecture with the Corolla, the styling is markedly different, the interior is thoroughly differentiated, the Corolla is a four-door sedan while the iM is a hatchback, and the iM’s rear suspension is a more advanced double wishbone setup, not the Corolla’s torsion beam.

Our 2016 Scion iM tester was, like every iM sold in Canada, a $22,960 car. The only option, an $825 continously variable automatic, produced the as-tested price of $23,785, almost identical to the price of a 2016 Toyota Corolla S with the same transmission and a $1,750 upgrade package. That Corolla has a sunroof and heated seats; the Scion iM does not.

HOW BIG IS IT?
Compared with the hatchback version of the only one of Canada’s three top-selling cars to be offered in Canada as a hatchback, the Hyundai Elantra GT, the 2016 Scion iM is an inch longer, an inch narrower, and nearly three inches lower at the roof. Official specs say the Elantra GT offers 6% more passenger volume and 11% more cargo space behind the rear seats. The Elantra GT also provides a very noticeable two additional inches of rear legroom and nearly an extra inch of rear shoulder room.

For current Scion owners, an indirect comparison with the departing second-generation xB may be deemed valid. From bumper to bumper, the xB is 2.4 inches shorter than the iM but identically broad and eight inches taller at the roof. As a result of that height and the xB’s boxy shape, the xB’s passenger volume is 23% greater.

The iM isn’t small inside, although rear space isn’t as acceptable as I’d expected. And the cargo area had no difficulty swallowing a couple of new sets of resin shelving from Canadian Tire, the widest of which stretched 36 inches across and still easily laid flat in the cargo area, without requiring any folding of the rear seats.

DOES IT WORK?
Inside, the iM is marginally cramped in the back. But the front seats are terrific for a car of this price; for a car at a much higher price, too. Proper bolstering and an appropriately firm seat cushion mask the lack of fancy power operation or lumbar support.

The majority of controls will feel familiar to anyone who has spent time in a recent Toyota product. The lack of a tuning knob to accompany the touchscreen and its proper volume knob is a minor but odd oversight. Temperature is controlled by a set of excellent toggle switches, offered up as evidence of the fact that straightforward solutions can be stylish. There are no wow moments inside the iM’s cabin, but it’s a pleasant space to spend time.

With a seating position this excellent and a shifter positioned exactly where I want it, the yearning for a proper six-speed manual transmission only grew. The CVT isn’t awful, but it never comes close to resembling a willing partner, the kind of willing partner a 1.8L, 137-horsepower four-cylinder needs if the iM is to live up to its hot hatch looks with hot hatch pace.

And the iM does feel like it possesses the foundation of an impressive sport compact. The rear suspension layout provides an air of upper-class refinement still missing from the Corolla, and with the supple ride quality afforded by a modern suspension layout, there’s plenty of room to make the iM far more athletic before the car becomes too harsh. Even the steering is fairly quick, and a set of sportier tires in this acceptably aggressive tire size (225/45R17) would do wonders for the iM’s turn in. 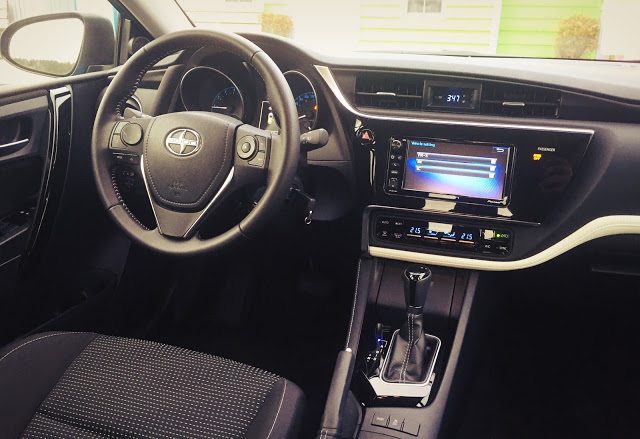 IS ANYONE BUYING IT?
In its first two months on sale in Canada, the iM was Toyota’s best-selling Scion model. In fact, 48% of the Scions sold in Canada in September and October were iM hatchbacks. It’s still a rare car – Scion sold 275 iMs in October; Toyota sold 3,236 Corollas – but it’s not a rare Scion.

South of the border, where Toyota Canada’s Yaris Sedan is sold as the Scion iA, the iM has quickly become the second-best-selling Scion, behind the iA. Scion was America’s third-fastest-growing auto brand in October, aided by 1,408 iM sales. Common? Not by the standards of the 27,951 Corollas sold. But the iM is, at least in these early days, serving Scion well.

SHOULD I BUY SOMETHING ELSE INSTEAD?
There are certainly options that are more fun, such as the Mazda 3 and Ford Focus hatchbacks. The Volkswagen Golf TDI, if the stop-sale order is ever lifted from Volkswagen’s 2.0L diesel, is a highly efficient and premium-feeling hatchback.

The Hyundai Elantra GT is the hatchback version of one of Canada’s most popular cars, and equipment levels are very high at this price point. There’s also a hatchback version of the Kia Forte, an all-wheel-drive Subaru Impreza hatchback, and an upcoming Mini Clubman which, while a little pricier, plays in the Scion’s style-conscious corner of the market.

HOW MUCH SHOULD I PAY?
There are no trim levels, and the options sheet allows you to make only two changes. Do you want to spend an extra $825 for the continuously variable transmission – save your money, have more fun – and do you want your iM painted in Spring Green, Classic Silver, Black Sand, Barcelona Red, the Electric Storm Blue of our test car, or $255 Blizzard Pearl?

WHAT’S THE VERDICT?
The iM’s exterior looks certainly have the potential to sow discord, but for those who like the way Scion styled the car, it deserves to be perceived as the superior Toyota Corolla. More than 4,000 Canadians purchase or lease a new Corolla every month. Potential Corolla buyers, at least the ones who aren’t trunk aficionados, should test drive the Corolla back-to-back with the 2016 Scion iM.

Not only will many find the iM to be more comfortable, the iM also provides more flexible packaging and more refined ride and handling.

You don’t dress the same as your neighbour, listen to the same music as your coworkers, eat the same food as your cousins. You don’t need to drive the same car, either.

Timothy Cain is the founder of GoodCarBadCar.net, which obsesses over the free and frequent publication of U.S. and Canadian auto sales figures. Follow on Twitter @goodcarbadcar and on Facebook. The iM was supplied by Toyota Canada’s press office.