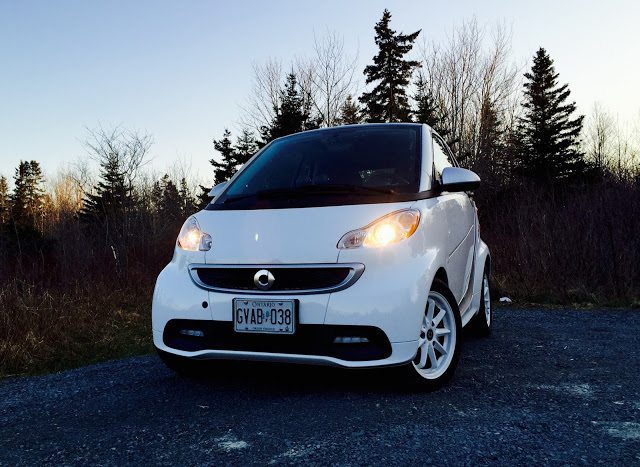 2015 Smart Fortwo Electric Drive Review – Aside From Price And Range, What The Fortwo Should Be

It’s not a guilty pleasure, for I am not ashamed. It is a bizarre pleasure, however, lacking consistency and believability.

I’m a true blue car enthusiast with a love of V8 rumble, turbocharged torque, supercharged sizzle, manual shifters, and performance wagons. And yet, I can’t help myself: I like the way the Smart Fortwo steers, I’ve adapted to the way it wants to be shifted, I love the feeling of interior airiness, and I periodically enjoy well and truly pushing a car to its limits just to make proper forward progress.

Approaching the limits in those performance cars I love? That’s a recipe for jail time.

As much as I like Smart Fortwos, my wife likes them a whole lot more. So in 2009, after our old Topaz, a new Civic, and a Santa Fe company car, she leased a second-generation model during a week of ridiculous Mercedes-Benz discounting that made the Fortwo significantly more affordable than any other new vehicle. The 451 wasn’t as efficient as the diesel model with which she fell in love in 2004, but it was thousands of dollars less expensive, much roomier inside, built better, and – in concert with the severe price cut – free to maintain. (The diesel 450 most certainly was not.) 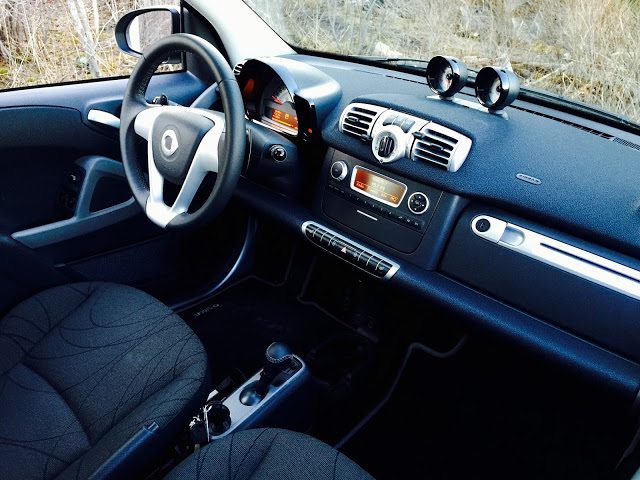 She rarely drove the car outside of the downtown core where we lived. Chief among the car’s annoyances wasn’t the transmission – the car really does force you into an unconventional acclimatization – but rather the difficulty of holding steady at the posted speed limit of 110 km/h. Fortwos prefer to settle in at an easy 130, a speed at which highway fuel consumption sharply increased. Cargo capacity and flexibility never ceased to amaze. The observed mileage far exceeded the Smart’s official ratings.

RATIONALIZING
Surely nostalgia alone would be sufficient to melt her heart when an electric version of the Smart Fortwo appeared in our driveway in early May, loaned to us for a week by Mercedes-Benz Canada. It’s been years since we ran a Fortwo; lifestyle changes long since made a Smart an impossibility in our family. But a gas-free Smart, with all the charm of the conventional car plus the ability to plug it into our house, is surely a winning ticket, no?

No, not in our province, not in our lives, not even as a second car. A $30,000 two-seater with no performance credentials to speak of, no available tax rebates, lengthy charging times, and a dearth of ordinary creature comforts isn’t a recipe for success. This whole “compliance” electric car production works in a buyer’s favour with the right lease deal, in the proper U.S. jurisdiction, if they plan to operate a different primary car, and, of course, if they like Smarts.

DRIVING
Attempting to draw comparisons between an electric Smart and cars we typically drive is virtually impossible. This feels nothing like a conventional automobile, more unlike the Nissan Micra I drove the week before than a Prius is unlike a Camry.

More unusual is the stark difference between the way the Fortwo Electric Drive makes its way down the road in comparison with a normal second-generation Fortwo. The electric version is 16% heavier, and with the added weight settled low in the structure, the Electric Drive rides more sedately. But the steering is very heavy and rather unwilling to move far off centre.

Throttle calibration is nicely weighted, and the initial surge of torque is genuinely pleasing, as in so many electric cars. With no shifts to be completed, the Fortwo ED simply continues to build speed in a strange manner, so very unlike the normal Fortwo which, while in possession of passing power at highway speed, doesn’t exactly race down an on-ramp. The Electric Drive, on the other hand, is out of breath at higher speeds. 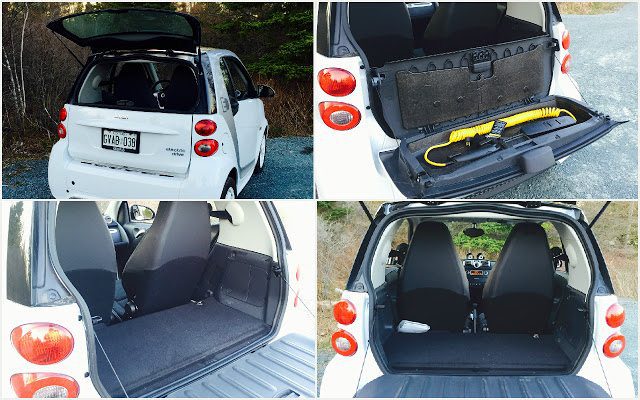 Brake feel is dreadful in this electric car, but the regen modes (through which you can cycle using the paddle shifters) can be so effective that one-pedal driving becomes commonplace. One-pedal driving is the best.

From a handling perspective, the weight which improves ride quality greatly reduces the feeling of agility that makes the regular Fortwo such a blast in the city. As a result, much of my reasoning for labelling the Fortwo as “fun” is lost, because this car isn’t nearly as enjoyable to hustle around town as the gas car.

RULING
Approximately 16 hours of charging (in a standard outlet) resulted in a range read-out of 140 km, well in excess of the car’s official 109 km (68 mile) range. The estimator was accurate for the duration of the car’s stay. Driving for 40 km resulted in around 40 km of range reduction. (I opted against testing the full limit of the car’s range for obvious reasons.) For the record, in 30 months, my wife’s 2009 Fortwo averaged 5.9 L/100km in city driving, around 5.1 L/100km on the highway.

A Fortwo Electric Drive and a normal Fortwo share another trait. They are most definitely acquired tastes, even for the previously indoctrinated. On day one, the Fortwo Electric Drive comes across as weird and mildly humorous. A day later, it’s simply weird. On day three, you’ve surely encountered an experience that causes it to be unfortunately weird and you’re not especially humoured. Day four brings your mind around to weird but decently useful. On days five and six you’ve learned to drive the Fortwo as it wants to be driven, making it both weird and moderately fun. 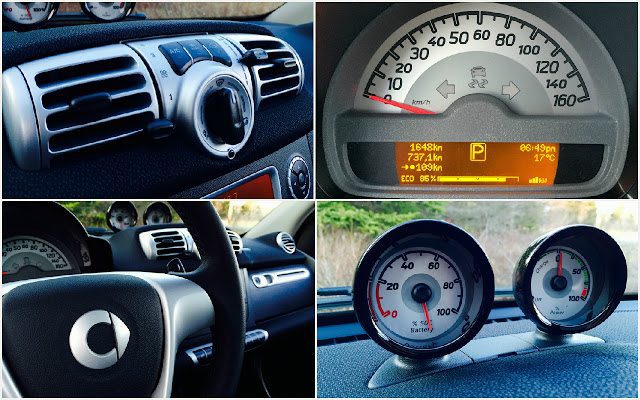 By week’s end, it’s weird and likeable. But not sufficiently likeable, not with such limited range or at such a lofty price. Similarly equipped gas-fired Fortwos are at least $10,000 less, ride worse but handle better, accelerate slower but cruise more effectively, and are not limited by a charging cycle.

WAITING
Any interest in a new Smart, whether electric or gas, must be tempered by the realization that the third-generation Fortwo is set to arrive shortly. It won’t simply be newer, it will also be much better. Not only is the outgoing Fortwo Electric Drive not the most newfangled electric car, it’s based on a design that originated seven years ago.

The 2016 Fortwo will be slightly larger but still blissfully small. While the size causes such consternation in legions of buyers worried for their personal well-being, I always believed the Fortwo’s tidy dimensions produced odds which were ever in my favour. After all, there’s a lot less of me to hit.