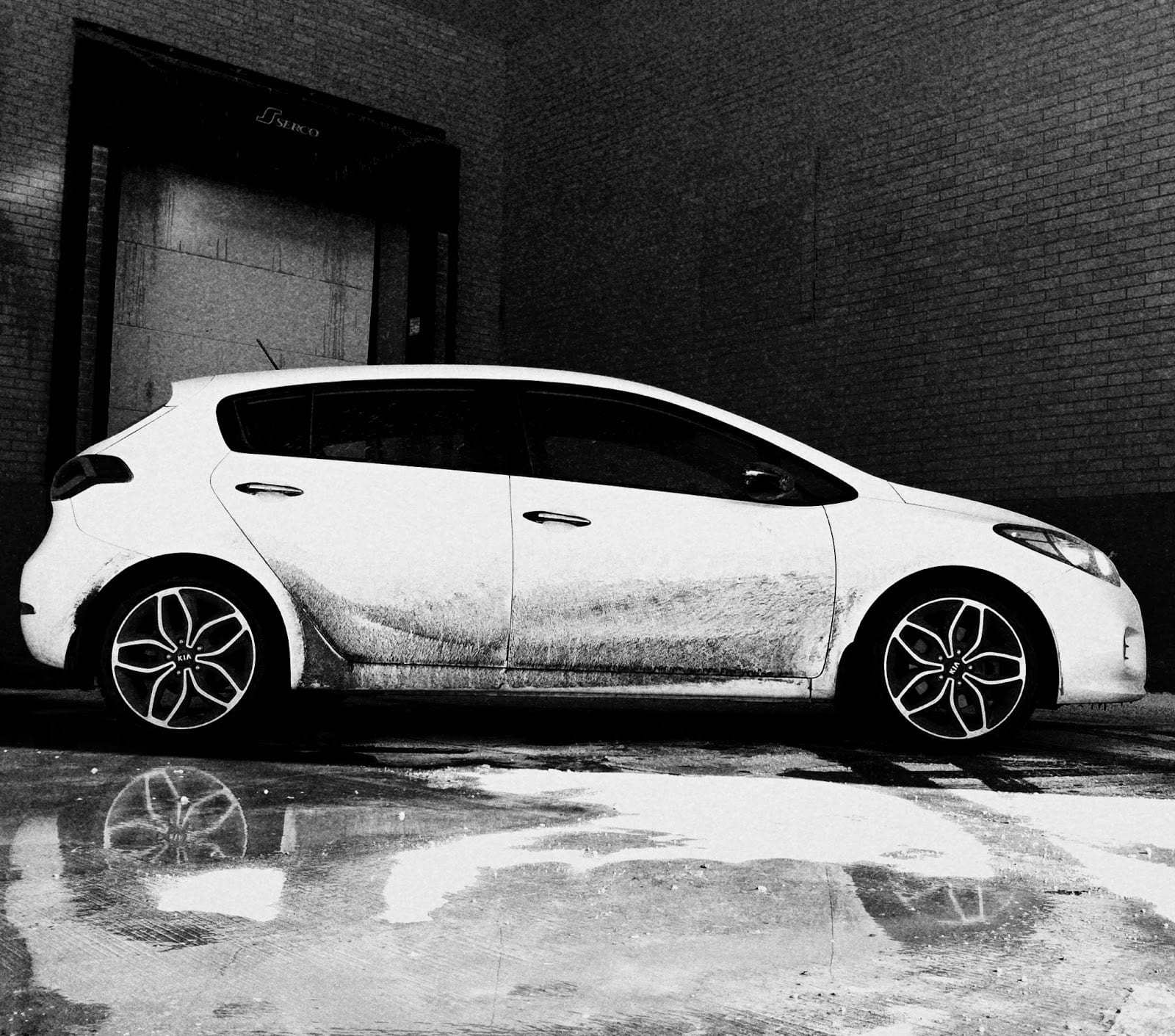 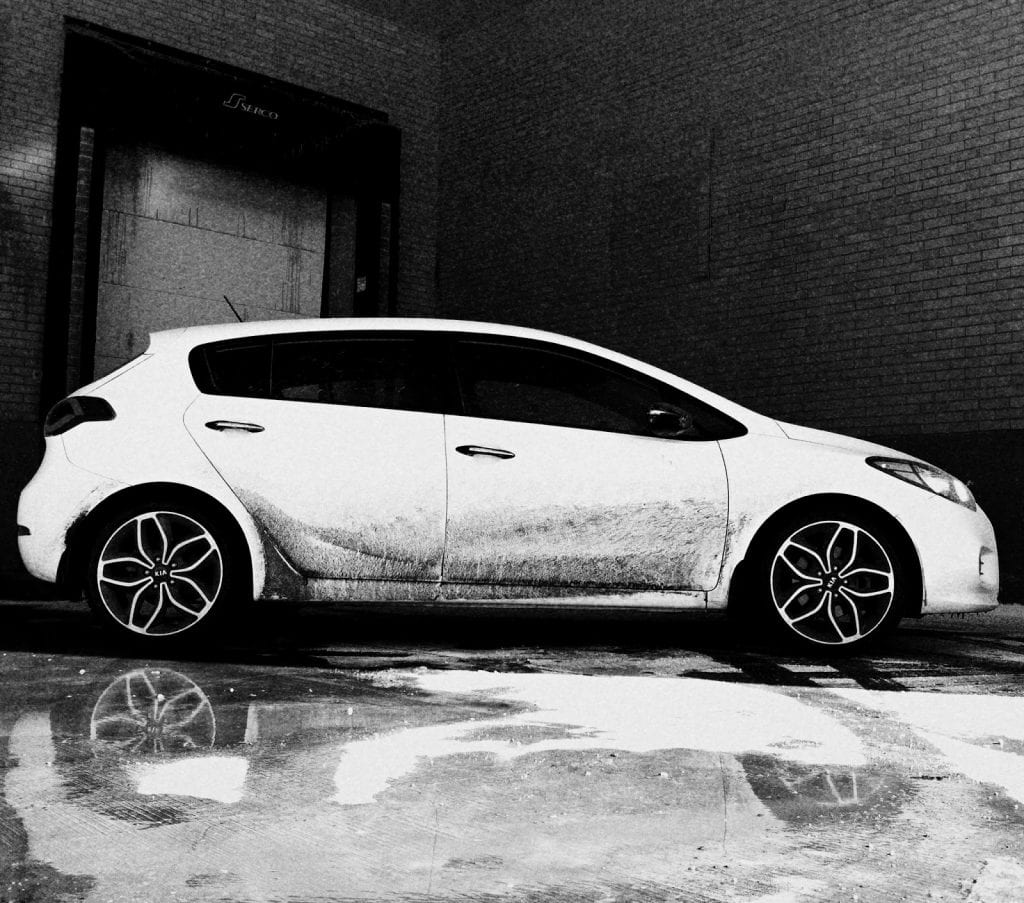 Kia’s second-generation Forte, a successor to the Spectra and Sephia, spawned coupe and hatchback derivatives just like its predecessor. But in second-gen form, Kia took it a step further by inserting the 1.6L turbocharged four-cylinder from the Hyundai Veloster Turbo into top-spec Forte5 hatchbacks and two-door Koups.

While Forte EX and SX sedans top out with a 173-horsepower, naturally aspirated 2.0L four-cylinder – a 28-horsepower upgrade from the 1.8L in the Forte LX sedan – Forte5s and Koups come standard with the 2.0L and, in SX trim, are fitted with this 201-horsepower, 195 lb-ft 1.6L turbo. A 6-speed manual is available, but not if you want the high levels of equipment in this SX-L model. Loaned out from Kia Canada, the $30,580 Forte5 SX-L is the car in which I spent the final week of February.

You’re responsible for rendering the final stylistic verdict, but the Forte5 SX garnered more compliments during its stay with me than the Ford Mustang the week before and the Audi TTS the week before that. I think it looks especially nice from the rear three-quarter, but if we’re honest with ourselves, we’ll all readily acknowledge that its the wheels that set the SX apart. These 18-inch rims, wearing 225/40R18 Bridgestone Blizzaks this winter, are some of the best currently available OEM alloys, and I’m not just referring to the affordable realm.

The interior is certainly no place for shock and awe, but it’s well built with intuitive controls and terrific space for four occupants, five in a squeeze. From a comfort perspective, the Forte5 is a capable family car. Its dimensions are more like the midsize Optima’s than the subcompact Rio5’s. There’s 11% more passenger volume than in the Rio but only 4% less than in the Optima. 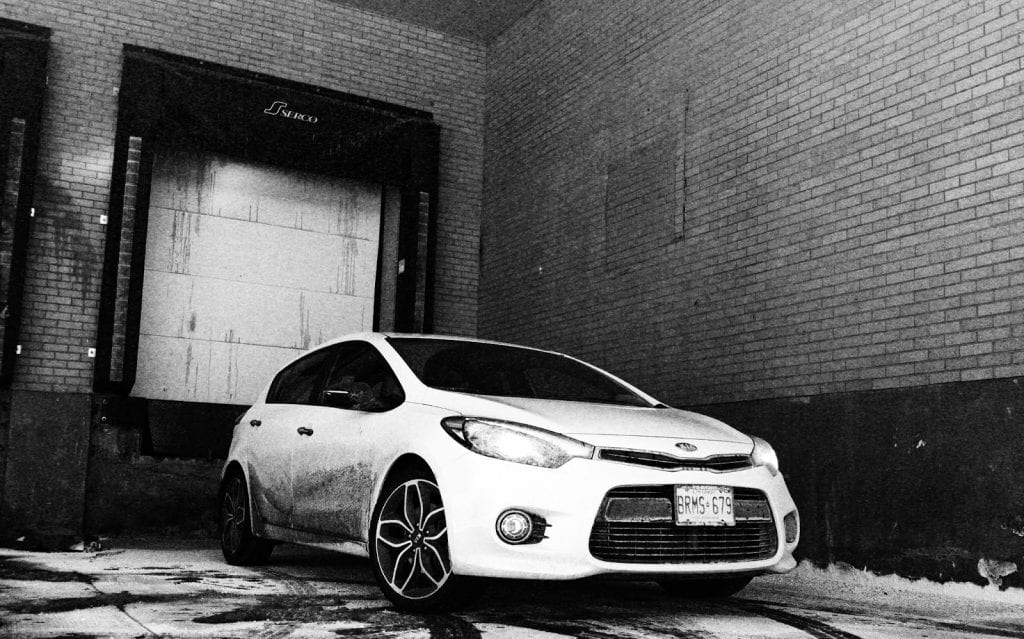 It feels much roomier in the back than an Mk7 Golf, a car we’ll talk more about later, and the numbers bear that out. Overall human capacity is 5% better. Official legroom figures, not the most reliable, show only a 0.3” differential in favour of the Kia, but the gap feels more apparent in the real world.

Of course, the true victories in any modern Kia cabin are won by the tech layout and the amount of kit with which the car is equipped. There’s no learning curve for the user interface. More importantly, there’s a pleasing mix of conventional buttons and knobs and touchscreen functions. Most importantly, the level of luxury is genuinely luxurious. This isn’t one of those instances where we talk about the content of premium brand cars from five or ten years ago. No, the Forte5 is equipped like an entry-level luxury car of today. The heated steering wheel remembers its setting from the previous drive. The power driver’s seat offers three stages of heating and cooling (the front passenger seat and outboard rear seats are heated but not cooled) and offers adjustable lumbar support. There’s also a two-setting memory function for the driver’s seat. The kit list is lengthy, from an auto-dimming rearview mirror and auto-folding door mirrors to proximity access, Xenon headlights, dual-zone auto climate control, leather seating, navigation, and a sunroof.

But to be honest, a heavily-equipped Kia is nothing new. With the 2015 Forte5 SX, however, Kia is attempting to play the fun card just as frequently as the value card they’ve long since mastered.

On many counts, the Forte succeeds. The car is more responsive than conventional Fortes thanks to added firmness in the suspension, but Kia struck a decent balance: it doesn’t ride too stiffly for a daily commuter. Brake feel and performance (the ventilated fronts are 11.8 inches, up from 11 in the non-SX Forte5s) is better than I’ve come to expect from Kia. And at 3122 pounds, it’s not so heavy that it fails an agility test, although a Civic Si sedan with 150 fewer pounds feels notably more tossable. A Mazda 3 hatch with the 2.5L powerplant weighs only slightly less than the Kia but both rides more smoothly and responds to directional changes more capably. The Forte5 SX handles nicely, just not memorably.

Straight line performance lacks the always-on punch of the GTI’s 2.0L turbo and its 258 lb-ft of torque. To what degree the 6-speed automatic masks the 1.6L’s urge, I can’t be sure. Car & Driver testing revealed the automatic-equipped car to be significantly quicker from 0-60 than the manual-trans car – 6.4 seconds rather than 7.5 – but it’s certainly no fast-shifting VW DSG. Smoother in everyday driving? Yes. Kia’s 6-speed simply doesn’t make itself known and it is both better and worse as a result. From a powertrain perspective, the final conclusion says that I didn’t need to expect to rev the Forte5 quite this much to access its hot hatch-proving power, and it’s not the sweetest-sounding thing when revved to the limit. It’s powerful, but you won’t go to bed fondly recalling its straight line surge.

If I was only permitted to point out one Forte5 SX fault, however, it wouldn’t be the real-world handling compromise (which I’m mostly fond of) or the lack of outright Focus ST power (I don’t need to burst past the speed limit in the blink of an eye), but rather the odd steering setup. Kia provides drivers with its FlexSteer system, but after scrolling through three modes I was left seeking a nonexistent fourth mode with progressive weighting and just an ounce or two of feedback. Comfort mode would be fine in a minivan, but it’s much too light for this car. Sport mode is just plain odd, with a stickiness on centre and very little return to centre after turning. Normal is thus the preferred mode, but with such numbness, much of Comfort’s lightness, and some of Sport’s odd behaviour, the steering becomes the car’s key deficiency. This isn’t unique to the SX; I’ve complained similarly after driving other Fortes. But it’s exacerbated in a car that’s intended to offer a high dosage of fun.

And it is fun, albeit dynamically inferior to the Volkswagen Golf GTI. Given the extent to which the two cars are comparable, I’m not sure it matters. Forte5s with the 1.6L turbo start at $25,780, $8510 less than the least costly four-door GTI. And if you equip a GTI like this Forte, which you can’t, the price points would be on two different planets. The Forte5 SX isn’t perfect. But as a quick, stylish, and moderately fun family car, it represents tremendous value.