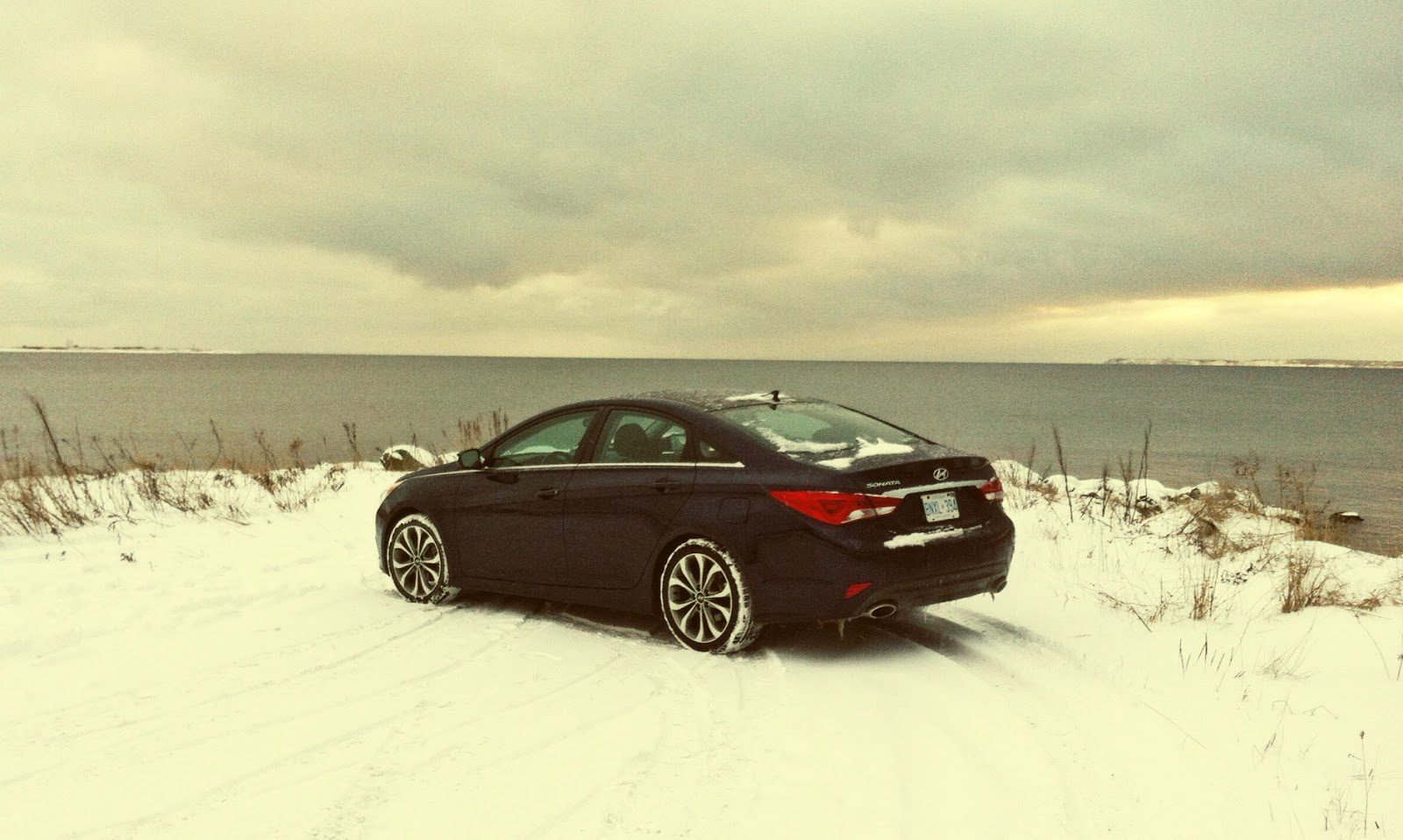 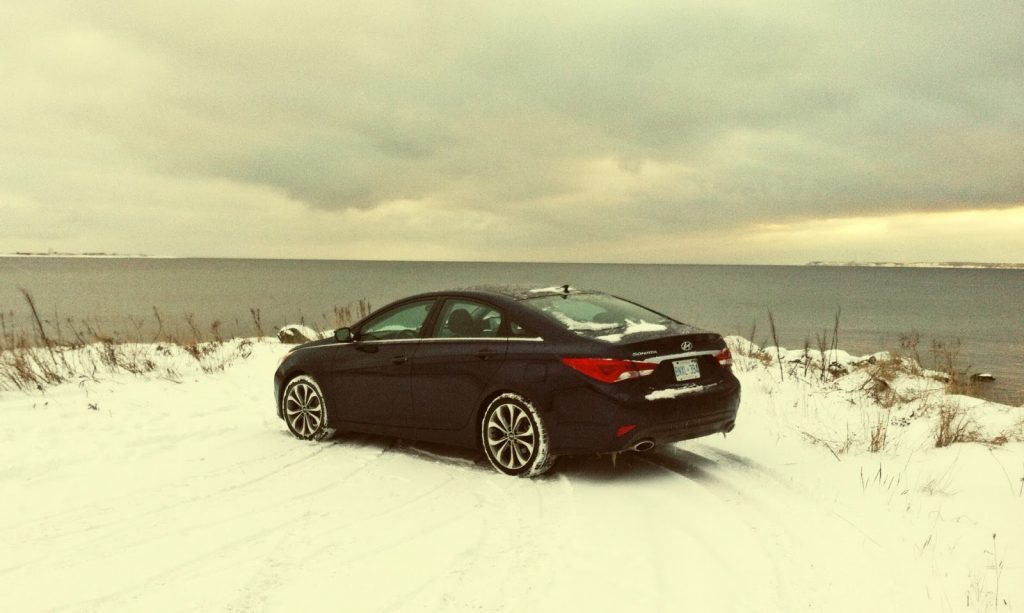 Perhaps no Hyundai automobile in the history of Hyundai has done as thorough a job as this sixth-generation Sonata of erasing long-held but quickly-evaporating brand prejudices.

You could argue that back in 2001, the first Santa Fe did more to reinvigorate Hyundai. One might say that the current Elantra – America’s eighth-best-selling car in 2013, two spots ahead of the Sonata, and Canada’s second-best-selling car three years running – is easier to make a case for on class-leading grounds. Others would insist that the relatively low-volume Hyundai Genesis sedan has taken on premium brands at a premium price point.

I say, however, that this Sonata took on America’s best-selling cars with space, perceived quality, power, efficiency, and style, and it did so on best seller lists, not on the fringes. The Sonata has become so common and its swoopy shape so familiar that the way people view Hyundai couldn’t help but be changed.

The move toward respectable cars had been underway for a decade or more, but you need to Google the fifth-generation Sonata in order to remember what it looked like. Forgettable design was washed away by the Sonata which went on sale four years ago.

Upon its debut at the 2009 Los Angeles auto show, the sixth-gen Sonata did more than set the stage for models yet to come; it did more than lay the groundwork. The 2011 Hyundai Sonata allowed forthcoming Hyundai vehicles to compete at, not just below, the price points of their direct rivals.

In other words, Hyundai was no longer just an automaker you sought out in order to save money – the 2011 Sonata was a car you could desire, a car you could feel really good about parking in your driveway, a car which would cause you to turn and take a final glance before heading into the office.

But it has been four years. The Toyota Camry is newer. The Honda Accord is newer. The Ford Fusion is newer. The Chevrolet Malibu, Kia Optima, Mazda 6, Nissan Altima, and Volkswagen Passat have all undergone redesigns since the sixth-generation Sonata arrived in showrooms.

Hyundai Canada had this Indigo Blue 2014 Sonata SE delivered to GCBC Towers for a week of perusal. Time has thrown up a soft barrier between the still-stylish Sonata and the jaw-dropping reaction consumers had half a decade ago. Yet my, how this Sonata has aged gracefully.

In its materials, especially in the plastic surrounding the centre stack’s buttons and across the surface of the centre console, the wonderfully simple interior layout doesn’t have the feeling of genuine luxury that can be found in newer midsize sedans.

City fuel efficiency can’t reach for the highs of the four-cylinder Honda Accord. Manual transmission availability is gone.

When attacking a set of twisties, the 3400-pound Sonata feels like it needs the dietary regimen to which more modern cars have adapted in order to save weight, thereby reducing fuel consumption and aiding agility.

The touch screen in our test car is embarrassingly small. 4.3 inches is only good for people with baby-sized fingers and Ichiro-like vision.

But the cabin which feels out of touch with modern expectations works: controls make sense, buttons are where they should be, buttons are actual buttons, the rear seat is comfortable, the gauge cluster is attractive and very legible, the outside world is hushed.

More importantly, in SE trim the Sonata is full of enough doodads and go-go-gadgets to make an Audi A4 seem barren.

The Sonata’s 110-inch wheelbase and comfort-oriented mission create a wonderful isolation from road imperfections. There’s fortunately no float, and while the Sonata doesn’t feel as agile as the Mazda 6 or Honda Accord, it doesn’t feel as big as the Volkswagen Passat or Chevrolet Malibu.

The selectable steering system is the kind of gadgetry I could live without, as Sport is unnaturally heavy and Comfort left me feeling unconnected. Normal mode will suffice, and hopefully automakers will soon realize that perfecting one good steering system would be a more effective way of attracting enthusiast buyers than offering three lackluster systems. Regardless, the Sonata, while no Genesis Coupe on a rural back road, is composed and not easily flustered.

Base engines in the midsize segment have come a long way in less than a decade. As recently as 2006, Toyota’s 3.0L V6 in the Camry made the same amount of power as this Sonata’s 2.4L four-cylinder. The Sonata’s optional 2.0L turbo (reviewed almost three years ago) is a lot of fun, but most midsize car have fewer standard horsepower than this Sonata, and it is at least sufficient and at best surprisingly punchy. In tandem with a nicely tuned 6-speed automatic, this 190-horsepower engine surely satisfies 95% of the customers who consider it.

Although the Sonata was a car for which midsize buyers were at one time willing to pay a little extra to get a little extra, this feature load is now available at a competitor-shaming price. Taxes and fees included, a 60-month purchase plan involves no interest and a bi-weekly payment below $265, before negotiation. For that kind of money, the Ford Fusion, Canada’s top-selling midsize car, lacks the Sonata SE’s backup camera, the leather, the heated rear seats, the automatic climate control, the big wheels, and the stargazer’s panoramic sunroof. But the Fusion is the newer, hotter, and arguably more stylish midsize sedan, a car with greater flexibility in the way it’s equipped, too.

Newer and hotter? It’s expected that Hyundai will present the 2015 Sonata at New York’s auto show in April. The Hyundai Motor Company has never shifted into reverse. The next Sonata will be better. In the meantime, the outgoing Sonata is old but competitive, a rare feat in the automotive universe.