Their car portfolios are vastly improved compared to what they were just a few years ago, but Ford, General Motors, and Chrysler still sell a whole lot of pickup trucks and large sport-utility vehicles. Although the Graphs below don’t include Mercury or cancelled brands and specific models, they’re still an accurate representation of how, at least with these three Detroit automakers, improved car sales could take the companies from huge and moderately successful to vast and flourishing.

Check out the math below and interpret it however you like. Keep a few things in mind as you do so: the Chevrolet Cruze is only just picking up steam, the 2012 Ford Focus isn’t here yet, the 2012 Chevrolet Aveo Sonic has great potential for growth, and gas prices are beginning to rise once more.

Also, consider how much Ford has improved its car lineup over the last couple of years, how far General Motors has come since the unlamented 2007 Chevrolet Monte Carlo, and how much Chrysler should improve with high-quality engines and interiors in 2011. Automakers choose which products to build – hundreds of millions of consumers jointly decide how many of these products will be bought. Don’t blame automakers for building a terrific pickup truck, the 2011 Ford F-150 for example, and selling them by the boatload. They’re in the business of making money. Consumers decide not to bother with the 2011 Ford Fiesta, an excellent (if expensive) car that sold once for every eleven Ford F-Series purchases. 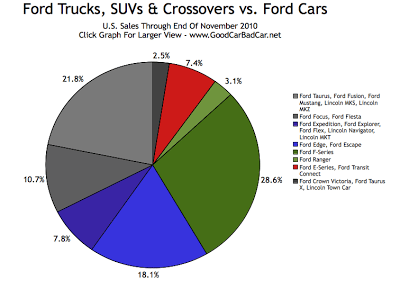 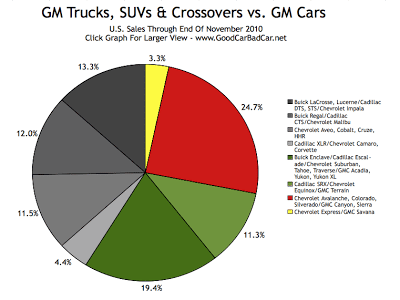 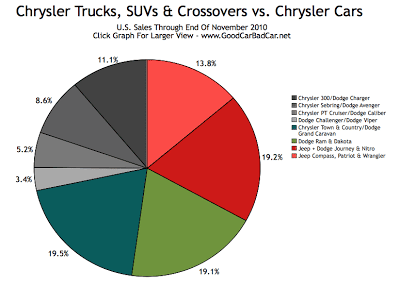