Now you realize how important the F-Series is to Ford. Yet Ford has plans to strengthen the F-150 lineup. The 2010 Ford F-150 lacks a six-cylinder. Fuel is still relatively cheap and Ford doesn’t didn’t think a V6 was necessary. The 2011 Ford F150 will be available with a turbocharged 3.5L V6, an EcoBoost engine as Ford likes to call them. Just recently Ford began offering the amazing Good 12 Supersize-winning Ford F150 SVT Raptor with a 6.2L V8, 411 horsepower strong. Special edition F-150s are all over the place. Harley-Davidson and King Ranch F-150s are now just the bread in an upscale Ford sandwich with the Ford F-150 Platinum forming a nice piece of meat in the middle.

But I digress. This is about the exhaustive price and model range of the 2010 Ford F-150. Check out more vital Numbers after the jump.

9 – total trim lines available on the 2010 Ford F-150, from the XL through to the STX, XLT, Lariat, FX4, SVT Raptor, King Ranch, Platinum, and finally the Harley-Davidson.

70,275 – maximum price of the 2010 Ford F-450 King Ranch once dual alternators, navigation, a chrome package, and a transmission power takeoff provision have been added, among countless other options and accessories 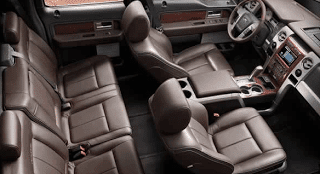