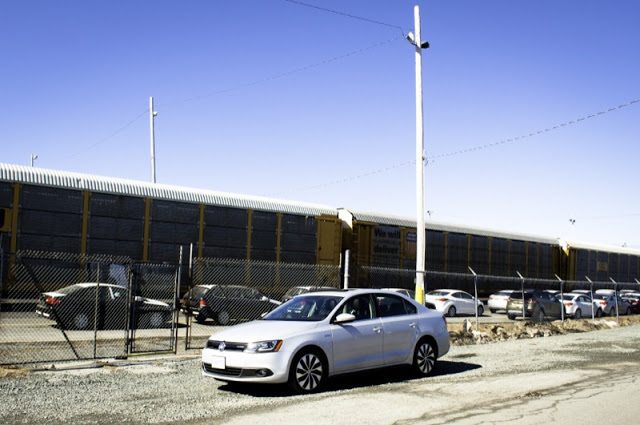 Alas, the manual transmission is a dying breed. And even if it wasn’t, the majority of customers believe they require a clutchless car. With gas-electric hybrids, this has meant drivers are typically forced to accept a CVT.

Volkswagen, however, has long been making use of their ingenious direct shift gearbox. Put simply, it prepares odd-numbered gears for engagement when even-numbered gears are in place, and vice versa. Admittedly, many automatics which lack this function have improved dramatically. There remains something about the DSG that offers the best of both worlds in a way most automatics can’t. Manual-trans lovers can, at the very least, accept the DSG. And automatic-trans requirements are fully met. 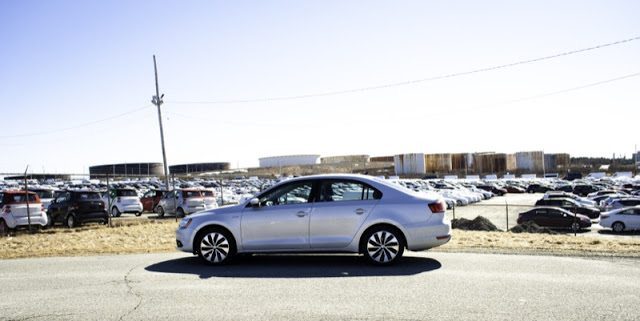 With its zip and excellent transmission, there’s not a great deal of hybridness in the driving experience. A little bit of shudder when the engine ignites at low speed; a screen that tells you a very little bit about electric-only mode; and a funny-feeling brake pedal that doesn’t feel quite as funny as the brake pedals in other hybrids.

Not surprisingly, the Jetta Hybrid definitely feels like a hybrid… when you’re paying for it. In top-end Highline trim, Volkswagen Canada charges $34,025 for the Jetta Turbo Hybrid. With a DSG and every option, a turbocharged diesel Jetta costs $29,835, $4190 less. Incidentally, a conventional 2.5L Jetta has 170 horsepower, and fully kitted in Highline trim costs $27,535. It uses a normal 6-speed automatic, not a 7-speed DSG like the Turbo Hybrid or a 6-speed DSG like the TDI.

The price comparisons may be valid but not necessarily cogent. Small exterior changes make the still dull Jetta Hybrid quite a bit nicer to look at than the Jetta 2.5. The TDI driving experience is completely different from what you’ll encounter in the rev-happy hybrid.

Quite clearly, the Jetta Hybrid is also a hybrid. This means it draws in an audience that might not even consider the TDI. Regardless of how difficult you might find it to justify the extra cost of the hybrid, Volkswagen has given us an alternative. Maybe you’re the kind of person that thinks Mercedes-Benz is stupid for offering both an E-Class and CLS-Class. Perhaps you feel the same way about Audi selling an A4 Allroad and a Q5. Personally, when automakers give us more and more and more options, I’m happy. 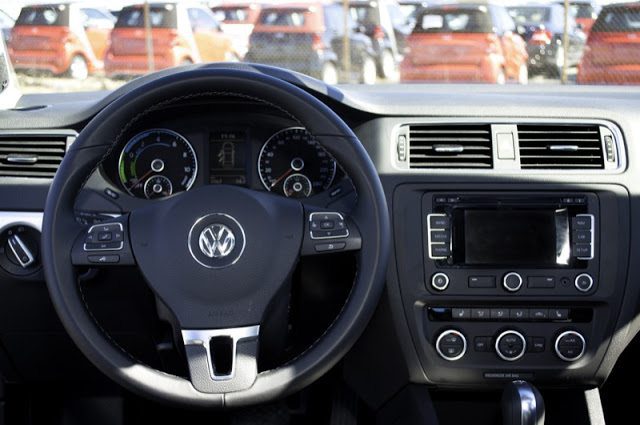 This wouldn’t be true if the Jetta Hybrid sucked, but it doesn’t. More importantly, it doesn’t feel like other Jettas. It has the independent rear suspension from the GLI, although it’s strangely soft and has too much side-to-side travel. Its 1.4L gas engine is sublimely smooth and rev-hungry in a way no diesel can be and the 2.5L has never dreamed of being. Its dangerously quiet, too. There doesn’t appear to be any decibel increase when the rate of travel increases from, say, 60 to 90 kmh. 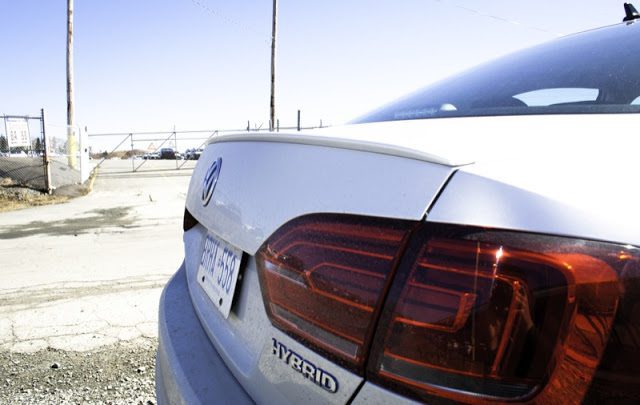 There’s still that mix of cheapness and luxury that the sixth-gen Jetta has always had. The sunroof squawks like a dying seagull, but the material choices elsewhere in the cabin are terrific. The shifter moves from P to D in clunk-free fashion, but with firmness, but some buttons and knobs would feel out of place in most new General Motors products. This Highline’s Fender audio system is mindblowing. The steering wheel and column stalks feel like they ought to. But the driver’s door clinks shut – it should thumph. 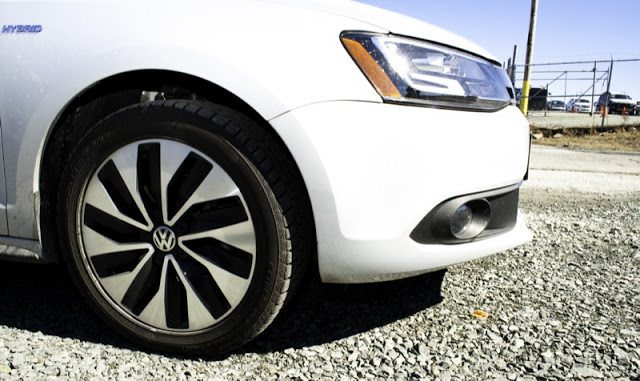 We know the Jetta well, as do tens of thousands of North Americans who’ve acquired a sixth-gen model in the last couple of years. This test gave us an opportunity to experience a wonderfully executed hybrid system, one that’s happily married to a direct shift gearbox. That was enough to offer the Jetta Turbo Hybrid’s driver a great deal of satisfaction, probably too much satisfaction, in fact. Over the course of a week at GoodCarBadCar, the newest green Volkswagen (it was painted silver) averaged 39 miles per gallon in mostly city driving, 7% below the Jetta’s 42 mpg city rating. Guilty… with explanation. 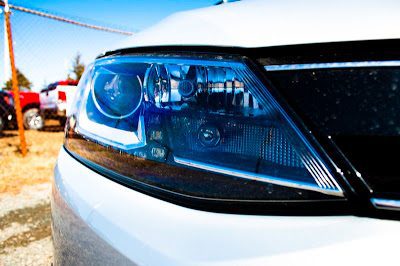 Yes, there were issues during the Jetta Hybrid’s week at GCBC Towers, the malfunctioning sunroof leading the way. The power locks were way too keen to keep us secure. E-Mode was usually unavailable. The HVAC system is very noisy, even with the fan on the lowest “on” setting. Accessing the perfect seating position wasn’t quite possible. The rear end is squishy; the steering doesn’t feel like it belongs in a Volkswagen. The redeeming qualities, however, are far more numerous. The steering isn’t VWish, but the smell and the textures and the interior layout is wonderfully VWish. Highline trim brings with it high-class equipment levels. And if power delivery felt like this in the hybrids that came before, they wouldn’t have a reputation for dullness.

Your problem? The Jetta Turbo Hybrid’s premium pricing puts it out of the reach of most Jetta customers. Fortunately, buyers of other Jettas still enjoy the roomy cabin (five adults coped fine), cargo flexibility (eight-foot long pieces of lumber with extras came home from Home Depot), sublime ride quality, and a hint of driving joy that can’t fully be explained.

Best of all, Volkswagen now offers enough Jetta alternatives to satisfy a wide variety of tastes. Its competitors do not. Antiquated but cheap 2.0L? Quirky five-cylinder? Turbodiesel? Sporty Golf GTI-inspired Jetta GLI? Or a unique turbocharged hybrid? You can’t have them all. You won’t want them all. If what suits you is the turbocharged hybrid, prepare to shell out an extra heap of cash. Those who don’t like the way diesels drive like diesels should also prepare to enjoy driving a hybrid that doesn’t drive like a hybrid.