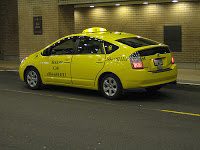 Studies can be a frightening thing for our preconceptions; turning them into misconceptions or fallacies even. Illusions, distortions, misrepresentations or old wives’ tales. Yikes, sounds awful.

Perhaps then, just a misunderstanding. Is the Toyota Prius really so green? Is the Jeep Wrangler really not so verde?

CNW Marketing studied. And the results are very surprising. We hear all the statistics – bare, objective, simple facts – regarding fuel consumption and emissions. CNW studied deeper.

So say they, “CNW Marketing Research Inc. spent two years collecting data on the energy necessary to plan, build, sell, drive, and dispose of a vehicle from initial concept to scrappage. This includes such minutia as plant to dealer fuel costs, employee driving distances, electricity usage per pound of material used in each vehicle and literally hundreds of other variables. 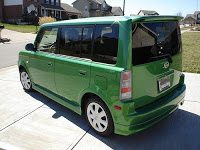 To put the data into understandable terms for consumers, it was translated into a ‘dollars per lifetime mile’ figure. That is, Energy Cost per mile driven.”

CNW itself does not proclaim this report to be a technical document, but a resource for consumers. Just to warn you, Green Party supporters; Leonardo DiCaprio believers; and hybrid pushers, you should have a cold facecloth and a glass of water nearby. Now. If you are not prepared to read content disturbing to your inner-Sierra Groupiness, please steer your mouse to the GCBC Libary.

Of vehicles sold in the USA up till 2005, the Scion xB was the greenest car in the world. CNW lists the Ford Escort next, then Jeep’s Wrangler, the Chevrolet Tracker, and the Toyota Echo. Ion, Elantra, Neon, Corolla, and Scion xA filled out the top ten.

More telling is the mathematical figures. That xB didn’t just top the list, but it beat the Honda Insight by $2.46 per mile. The Ford Escape Hybrid, Honda Civic Hybrid, Prius, and Honda Accord Hybrid $0.24 and $0.36 worse than the Insight.

CNW says, “This doesn’t mean that hybrids, for example, are a bad choice. That is not the intention of the research. What it does mean, however, is that a 2005 hybrid uses less gasoline and produced fewer tailpipe emissions, but costs society significantly more in overall energy costs than conventional internal combustion engine vehicles.”

It is safe to assume that everyone would agree. There is more than one reason for buying a Prius or a Civic Hybrid, just two examples of the growing number of hybrids available. Hybrid vehicles are often better equipped than their stablemates, offer a save-the-whales image that some people crave, and can save money at the pump.

What the study does suggest, quite firmly, is this: The jubilant hybrid-pushing crowd should think twice about their own cause. Consider this, there is one specific reader of this site who just bought a hybrid Civic, due partially to my advice. If a car is good, I don’t mind saying so. Nevertheless, a Prius may well need major replacements at 100,000 miles. A Toyota Landcruiser? Probably 300,000. CNW believes the Range Rover Sport is 25% greener than a Prius.

Hybrids have high research & development costs, are complicated to build (if only because of two modes of power), and much of their hardware and software is extra expensive. The president of CNW spoke thus, “Basing purchase decisions solely on fuel economy does not get to the heart of the energy usage issue.” True enough.