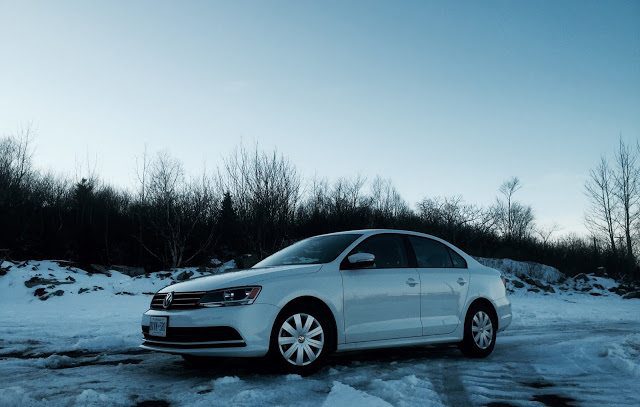 2016 Volkswagen Jetta 1.4 TSI Trendline+ Review – Would A Reborn TDI Even Be Relevant?

The TDI is dead. Long live the TSI.

True, we don’t yet know the timeline for the return of Volkswagen’s 2.0L turbocharged four-cylinder diesel to the automaker’s North American lineup. Maybe it’s not dead yet, but early efforts to remedy the issue were rejected.

Yet when, or if, Volkswagen is once again able to market their 2.0L TDI diesel – TDI stands for turbocharged direct injection – it will be forced to compete against a new base engine in the lineup of North America’s most popular Volkswagen. Gone is the Jetta’s antiquated 2.0L, a 115-horsepower gas-guzzling relic of bygone eras.

In its place is this 150-horsepower 1.4 TSI – TSI stands for turbocharged stratified injection – which produces essentially the same amount of torque as the Jetta’s larger 1.8 TSI and only 20 fewer horsepower.

In our testing, an Mk7 Golf with the 1.8 TSI and a manual transmission – which is allegedly slightly more efficient than the Golf 1.8 TSI automatic – consumed 8.4 L/100km late in the autumn of 2014. During a cold week in January 2016, this Jetta 1.4 TSI with the automatic consumed 33% less fuel than that Golf. 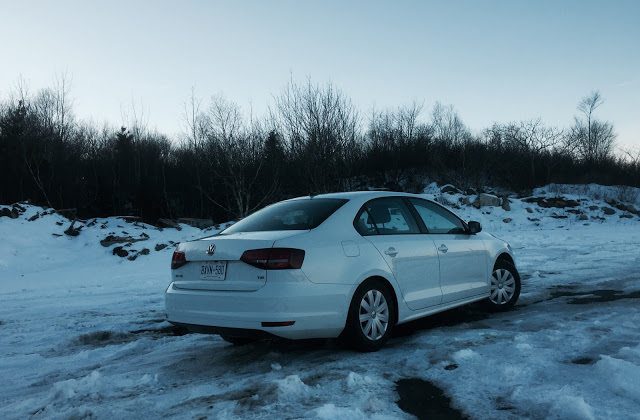 At that time, however, when the TDI was still a part of Volkswagen’s lineup and not under investigation, the diesel engine was $2300 more expensive than the 1.8 TSI.

Now, with TDI resale values hanging in the balance and a gas-powered engine producing similar economy figures, can you imagine spending $3085 extra to save three litres of fuel every 1000 kilometres?

Granted, last winter’s observed Jetta TDI economy figures were essentially in line with the Jetta’s official highway rating: an exceptional achievement, but a believable one.

So are they repeatable? Perhaps not as reliably repeatable as the TDI’s, though prior testers in this specific Jetta – even equipped with winter tires which usually cause greater consumption – reported equally impressive results.

Perhaps this is all of little consequence to the majority of North American car consumers, legions of whom hadn’t previously rejected the idea of a Volkswagen but have now firmly dismissed the idea following September’s TDI scandal, a scandal made all the worse by VW CEO Matthias Mueller’s recent claim that, “We didn’t lie.”

For the thousands of car buyers who continue to take seriously the idea of a Volkswagen, however, this 1.4 TSI revolutionizes the basic Jetta’s premise, particularly given the insatiable desire of Volkswagen dealers to do a dandy deal.

Abundant torque across the rev range. Quiet and buttery smooth operation. Dieselesque economy. Enough power to make you think that a Golf 1.4 TSI with a manual transmission, the GTI’s suspension, and stickier rubber would be a proper junior hot hatch. A base MSRP in Volkswagen Canada’s Jetta pricing scheme of $17,600 including fees.

This is a lot of motor for the money.

Basic Jettas continue to be unappealing in numerous other ways. We’ve reviewed so many Jettas over the last few years that it became easy for us to forget that, outside the Highline TDI and GLI Edition 30 and Highline Turbo Hybrid, proletarian Jettas feature some of the chintziest climate controls and hardest door plastics in the modern small car market.

Additionally, though worsened by this car’s soft Continental winter tires, even the latest Jettas with four-corner independent suspension (rather than the rear torsion beam installed in initial sixth-gen Jettas) don’t handle with the sharpness or litheness or agility or tactility of their Golf stablemates. And the design, dull as doornails when the current Jetta debuted for model year 2011, is blander than our dog’s post-vomit diet.

The upsides? You can now get Apple CarPlay, which is leagues ahead of any infotainment cluster we’ve tried in Volkswagen products before. Rear seat space is still excellent for a car of this size; same goes for the trunk. The 6-speed automatic transmission, though not as swift to shift as Volkswagen’s oft-used dual-clutch transmission, typically makes the most of the 1.4 TSI’s power. Only on the rarest of occasions and for the briefest of moments does the 1.4 TSI’s hint of turbo lag marry too high a gear, thereby causing the car to feel underpowered.

Automakers competing in North America haven’t given up on diesel engines. Indeed, at Montreal’s auto show just this month, Mercedes-Benz displayed a Canada-only wagon that will be sold exclusively with 4Matic all-wheel-drive and a 2.1L diesel engine.

But with this 1.4L engine available at no extra cost in Volkswagen’s least costly product, it hardly seems believable that a reborn Jetta 2.0L TDI could muster the appeal to be marketed at its historically premium price point.

Moreover, the 1.4 TSI makes the Jetta Highline 1.8 TSI rather unappetizing, as well. Why pay more?