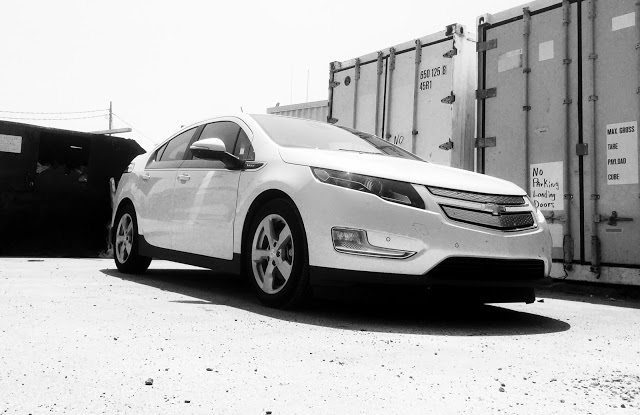 All week long, from the time GM Canada delivered another Volt to GCBC Towers through to Friday, I drove the range-extended electric around Halifax, Nova Scotia, with no need to extend its range.

At least for a moment, forget the bizarre politicization of the Chevrolet Volt and ignore the price of the car. Set aside the debate over whether a white interior without traditional buttons is a good idea. Pay no mind to the Volt’s lack of family seating arrangements. This is not a traditional review of the 2015 Chevrolet Volt.

Until an all-new Chevrolet Volt arrives for the 2016 model year, our previous reviews of the 2012 and 2013 models will have to suffice.

A mixture of city speeds, some stop-and-go traffic with plenty of regenerative braking, and outside temperatures which required only slight A/C use made for the perfect set of circumstances in which the Volt could overachieve. 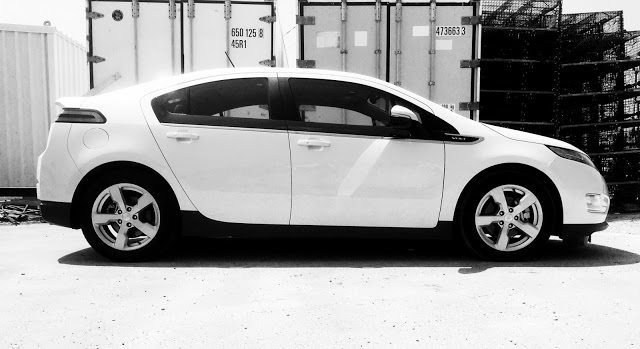 At the end of the Volt’s stay with us, however, a funeral to attend in Truro, Nova Scotia, mandated a 214-kilometre round-trip journey in a car with only 69 kilometres of range. Fully charged overnight (for about $1.94), three of us set out in the noontime heat for the centre of the province.

HIGHWAY RANGE
The battery was sapped by the time we got to Shubenacadie, just 58 kilometres into our drive. (The hottest day of the summer to date necessitated the A/C fan speed to be turned up to three, and the average speed was double what we’d been doing all week.)

Imperceptibly, the Volt’s 1.4L four-cylinder gas engine ignites to recharge the battery, which continues to propel the Volt along Trans-Canada Highway 102.

The Volt is a capable highway cruiser. Ride quality is excellent, and all that low-slung weight gives the Volt a substantial feeling while abundant torque enables point-and-squirt overtaking. But the highway is not the Volt’s natural environment, and the rate of consumption during its gas-fired phase is a worse than what you’d expect in a car of this size.

During the remaining 155 kilometres of our drive to and from Truro – there was no charger in the overflow parking lot behind the Nova Scotia Community College, nor was there sufficient time for a charger to have done much good – the Volt consumed 10.8 litres of fuel. That 7 L/100km rate of consumption is 1 L/100km worse than what a Honda Civic would achieve on the highway; nearly two litres worse than the rate of consumption in a Volkswagen Golf TDI.

HIGHWAY COSTS
Granted, the first 58 kilometres required no fuel whatsoever and only $1.94 of electricity.

Nevertheless, here’s the kicker. The 214-kilometre journey in the Volt cost $13.66 in premium fuel plus $1.94 in electricity for a total of $15.60. In the automatic-equipped, regular-fuel-sipping Honda Civic, the journey would have cost $15.09. 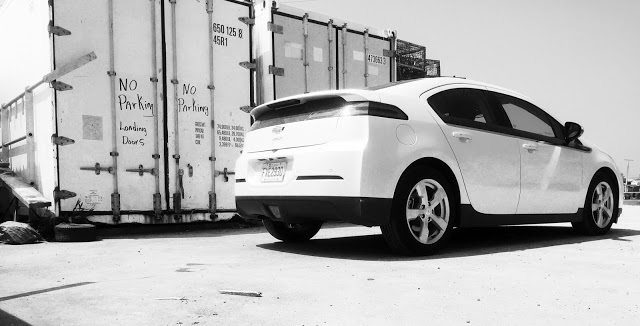 But we can’t deny the context of the overall week. 240 kilometres of city driving over the course of the preceding days cost around $7.00 of electricity in the 2015 Volt. That same Civic, even if it could carry its highway economy over into the city, would have cost $16.92, 142% more than the Volt.

The point of the comparison isn’t to draw parallels between our $45,250 Volt and the last $23,695 2014 Honda Civic EX Coupe we tested, not with such extreme built-in price and equipment differences. We reference the Civic because of the familiarity of Canadians with the country’s best-selling car. The Civic has topped the Canadian passenger car leaderboard in each of the last 17 years. The Volt ranks 91st, year-to-date.

VOLT & YOU
The 2015 Chevrolet Volt has its advantages. I’m a big fan of the seamless technology; the ordinary way the car goes about typical car business; the extraordinary way in which it does things other cars don’t do.

Yet for other drivers who routinely burst through its electric range or don’t live in a city environment, the 2015 Chevrolet Volt also has its disadvantages. Rather than attempting to understand whether the Volt is the right car for you, it may well be more important to determine whether you are right for the Volt.

Timothy Cain is the founder of GoodCarBadCar.net, which obsesses over the free and frequent publication of U.S. and Canadian auto sales figures. Follow on Twitter @goodcarbadcar and on Facebook. The Volt was supplied by GM Canada’s press office.