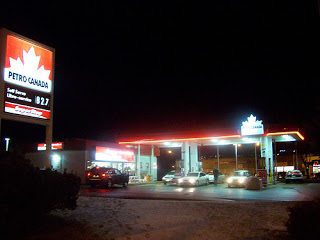 Lawrence Cannon, Canada’s Minister of Transport – Conservative Member of Parliament from Quebec – has announced that fuel economy standards for new vehicles in Canada will quickly accelerate. At least he hopes. There will be a period of discussion and consultation before the federal goverment hopes to base their standards on the latest American bill… or perhaps even further them.

Cannon wishes to meet the American’s 35mpg-by-2020 average (6.7L/100km) standard at a minimum. Transport Canada says today’s averages work out to 8.6L/200km. With enviromental groups attacking the US law for not insisting on more immediate changes, the Canadian goverment hopes to begin applying some form of new standards by 2011.

Who will face the consequences? Everybody – from General Motors, Ford, Chrysler, Honda, and Toyota – straight through to you the customer. Will you save money? After all, great efficiency equals less fuel consumed equals less money, right? If regular gasoline rises to $1.50/L in parts of Canada this summer as economists expect; and if the cost of technology in new cars is high enough to generate noticeable premiums in your monthly payment, the only words ‘less’ will affix itself to are emissions and consumption.