TOP 5 MOST LEASED VEHICLES IN AMERICA

In order to better understand the current state of affairs in the automotive leasing domain, check this morning’s earlier post from GoodCarBadCar.net. If you want to know, and of course you do want to know, which vehicles are leased the most often this year in America, keep reading. 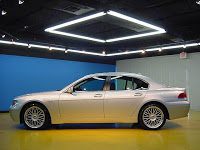