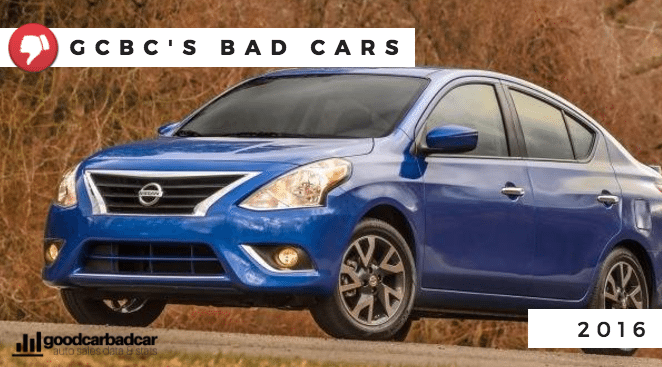 Home
Commentary
The Bad 8
In 2016, for a second consecutive year, GCBC’s The Bad 8 features only two new nameplates. Six contestants remain from last year, as an insufficient number of new vehicles have been awful enough to replace them. As was the case last year, these are the vehicles that would be least welcomed in GCBC Towers’ driveway, definitely rejected for the long-term even if welcomed briefly.

Let’s put it this way: Do you want to get us something for Christmas? Please don’t get us any of these vehicles.

One key premise behind modern car reviewing suggests that, in 2016, there’s no such thing as a bad car. That’s not completely true, but even if it was, that doesn’t mean you can’t do better. In the case of these eight cars, you can definitely do better. It’s not purely about reliability or durability or outright performance – it’s about desirability, and the point at which desirability lines up with perceived value. These eight vehicles have their pluses, but the minuses – however few or however many – far outweigh the positive side of the ledger.