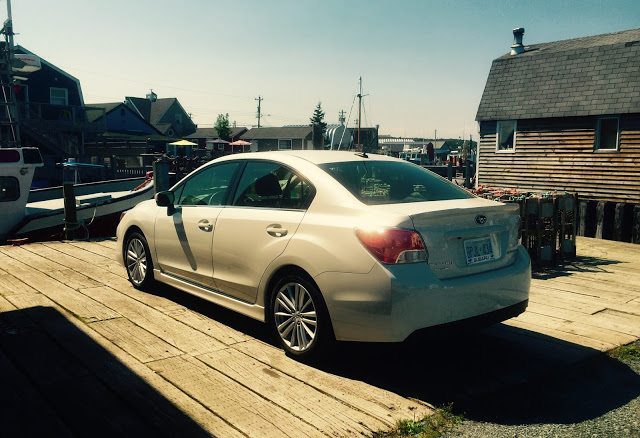 Every month, an average of 3900 Canadians walk into a Subaru dealership and leave with a new vehicle. Of those 3900, nearly 2600 drive away in a Forester, Outback, or XV Crosstrek.

Just six years ago, four out of every ten Subarus sold in Canada were Imprezas of one variety or another. Now, non-WRX/STI Imprezas account for only 18% of Subaru’s sales.

This doesn’t speak to any great Impreza decline, but rather the impeccable way in which Subaru structured its lineup by way of successful new vehicle introductions.

Subaru is on track to sell more total Imprezas in Canada in 2015 than at any other point in history. It’s a smaller part of the Subaru lineup than it was in the relatively recent past, but the Impreza is a part of an increasingly forceful Subaru brand. 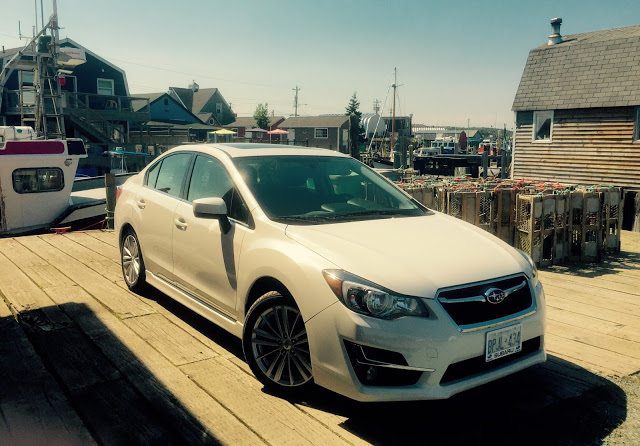 WHAT IS IT?
Subaru Canada’s Impreza lineup features six trim levels and two bodystyles which combine for twelve different Imprezas. (That doesn’t even take into account the XV Crosstrek, WRX, or STI.) The Impreza’s $21,590 base price seems high for a compact car, but one must take into account the fact that every Impreza sends power to all four wheels. All-wheel-drive is an expensive option on other non-Subarus: $2000 extra on the Mazda CX-3, $2100 on the Buick Encore, $2300 on the Hyundai Tucson, $3200 on the Nissan Juke Nismo RS.

None of those vehicles are sedans or even hatchback versions of conventional passenger cars. They’re “crossovers” in modern parlance. The Impreza is alone among compact cars in offering all-wheel-drive. And with the Impreza, all-wheel-drive is not an available upgrade. It’s mandated.

HOW BIG IS IT?
Although the Impreza sedan is nearly seven inches shorter, bumper to bumper, than the Impreza hatchback, the sedan possesses 47% less cargo capacity behind the rear seats. Compared with Subaru’s larger Legacy sedan, the Impreza is 8.3 inches shorter and 3.9 inches narrower with 11% less passenger volume and 20% less trunk space.

Among more direct competition, the Volkswagen Jetta is 2.7 inches longer and offers 29% more trunk volume. Compared with the Honda Civic, Canada’s best-selling car, the Impreza sedan is nearly two inches longer but the Civic is slightly roomier both inside and in the trunk.

DOES IT WORK?
Here’s what we said the last time we reviewed an Impreza:

“In the driving experience, Subaru has offered up a mixed bag. If you pay an extra $1300 to snuff out the clutch pedal, the 2014 Impreza is saddled with a lackluster continuously variable transmission. You’ll suffer through the moaning under acceleration and the wind-up-and-pull-forward sensation we associated with CVTs from a prior generation. It seems as though the CVT is a real power sapper, too – the Impreza’s horsepower-to-pound ratio isn’t dreadful – because these 148 ponies act as though they’ve been starved and dehydrated.
But there remains something endearing about the horizontally-opposed 2.0L four-cylinder Subaru engine. It takes forever and a day to crank, there’s an only barely apparent warble, and it does produce torque where you’ll want it to produce torque.
Flat-fours, also known as boxer four-cylinders, are as rare as Saabs these days, but Subaru’s lineup is full of them, and the company is made all the better because of their unusual engine layout.
More importantly, there’s something endearing about the way the Impreza rides and handles. Subaru has set the car up to lope along casually, and while aggression has been spared for the WRX and STi versions of this car, this all-but-basic Impreza Touring justifies its status as a great foundation for high-performance cars.
Shoved along with a purposeful prod of the throttle pedal, the Impreza doesn’t isolate its chassis’ work from its driver, thereby allowing some thoughts to filter through. The steering has life, a real rarity now that we’re at the dawn of an age of autonomous steering.
This Impreza hatchback isn’t about to play along with Fiesta STs on an autocross circuit. But if you’re looking for a conventional small car that won’t bore you to death when the driving should truly get interesting, the Impreza’s allotment of interactivity causes it to stand out from much of the pack.” 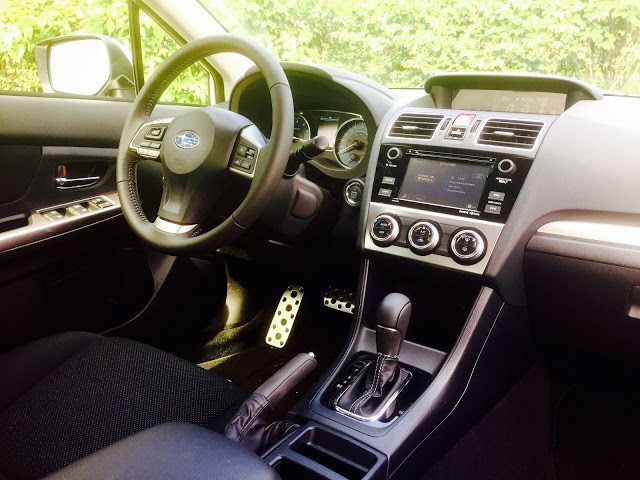 IS ANYONE BUYING IT?
The Impreza sedan is an increasingly less important car in Subaru’s North American lineup. Largely, this is because the XV Crosstrek, which is very much an Outback-ized version of the Impreza hatchback, is quickly becoming a major part of Subaru’s lineup, not because the Impreza is suffering any great loss of demand.

The overall Impreza lineup is Canada’s 19th-best-selling car through the first seven months of 2015 thanks to a 14% year-over-year gain in a car market that’s struggling. In the U.S., the Impreza family is America’s 23rd-best-selling car with a 9% sales improvement in 2015 even as the car market declines.

SHOULD I BUY SOMETHING ELSE INSTEAD?
If you want an affordable all-wheel-drive sedan, the options aren’t exactly limitless. You can, however, get more space in an entry-level Subaru Legacy, but you’ll be missing some features. And if you’re willing to forego the space and flexibility of the Impreza hatch, you’re saving $900 and receiving the more attractive car.

Determining that winter tires will be sufficient for your lifestyle and subsequently eliminating the need for all-wheel-drive will nevertheless open up a range of compact car candidates that offer more refinement, better all-around dynamics, and better price tags than the Impreza. Subtract all-wheel-drive from the equation, and the Volkswagen Golf and Jetta are better cars to drive. The Chevrolet Cruze has better ride quality. The Kia Forte offers a bigger and higher-quality interior. The Honda Civic is very affordable. The Ford Focus is more fun. The Mazda 3 is better to drive with better ride quality, a better interior, better pricing, and is arguably more fun than all the aforementioned options.

But none of those cars offer all-wheel-drive. And if all-wheel-drive is a must-have, Subaru provides more flexible packaging in hatchback and XV Crosstrek formats, both of which increase the price.

HOW MUCH SHOULD I PAY?
A $28,000 Impreza is simply too much money for a car of this calibre with this kind of space. Its feature count isn’t sufficiently abundant to offset the price – there’s no leather, for example, and the infotainment system was chronically slow. Sacrificing the CVT and safety equipment of the technology package will save you $2500 and the car will still look like our test specimen. The Impreza 2.0i Touring sedan rings in at $23,290 and drives just like this car.

At $28,000, the 2015 Impreza is treading in water where Subaru’s sharks are known to swim. With the high-performance Subaru WRX starting below $32K, a $28,000 Impreza might have you asking yourself if taking a bigger bite out of bank account is the answer to a question you didn’t want to ask.

Timothy Cain is the founder of GoodCarBadCar.net, which obsesses over the free and frequent publication of U.S. and Canadian auto sales figures. Follow on Twitter @goodcarbadcar and on Facebook. The Impreza was supplied by Subaru Canada’s press office.