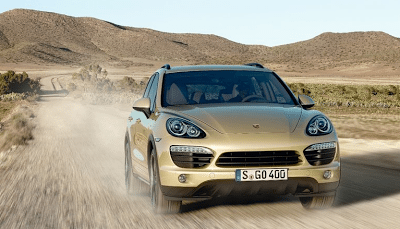 How Important Is The Cayenne? Porsche Cayenne Market Share In America: 2003 – 2011

The extent to which Porsche requires the Cayenne to supply its daily bread has fluctuated wildly since March 2003 when Porsche’s SUV went on sale in America.

There have been three major factors affecting the depth of the Cayenne’s importance to Porsche. For starters, there was no Cayman until 2006. Second, there was no Panamera until 2009 and the impact of Porsche’s S-Class/7-Series/A8/XJ/M5 fighter wasn’t truly felt by Porsche USA until 2010. Finally, the first-gen Cayenne was struggling to find buyers in the latter part of 2009 but the second-gen model helped the Cayenne to take off in 2011.

There’s no doubt that the Cayenne is essential to Porsche’s livelihood. While it doesn’t make up the majority of the company’s U.S. sales, it is routinely Porsche’s best-selling model. By times, the Cayenne is overwhelmingly popular on occasions when the company’s sports cars are, for one reason or another, failing to appeal to buyers. Consider 2011 as an example: Boxster sales fell 19% as clients waited for the soon-to-arrive next-gen car and Panamera sales were also down sharply. Yet, with a slight rise in 911 sales, a minor boost in Cayman sales, and a well-timed Cayenne reintroduction, Porsche’s year-over-year sales increase outpaced the industry.

It’s not exactly surprising to see that the Cayenne’s portion of Porsche’s overall volume fall in 2005. Fuel prices began to have a major impact on vehicle purchases that year and SUVs were subsequently not in style. The Cayman, though niche, still impacted the Cayenne’s share of sales in 2006 and 2007, just as the Panamera did in 2010. But most recently, the Porsche Cayenne accounted for 44.7% of all Porsche USA sales. Without it, Porsche sales would have totalled 16,045 in 2011, lower than the total put up in pre-Cayenne 2002.

For the record, 6% of all Porsches sold in the United States this year were Boxsters. The Cayman formed another 5% of the total; the 911 accounted for a slightly more than one in five Porsche USA sales, and the Panamera made up 24% of Porsche’s 29,023 sales, more about which you can read here. It’s also worth selecting multiple cars in the dropdown menu at the top right of this page to source historical sales figures – monthly and yearly, Canadian and American – for any model currently on sale.